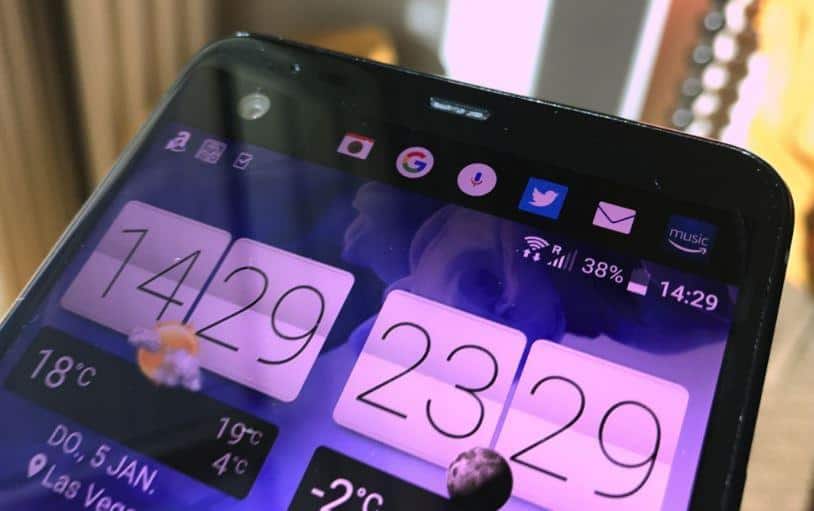 The upcoming HTC U Ultra flagship will feature a secondary display, according to a set of newly surfaced photographs of the device that have made their way online. The device — previously known as the HTC Ocean Note — can clearly be seen sporting a secondary display located above its 6-inch screen. The photographs show the secondary screen being used as HTC's take on Samsung's Always On display. The second screen of the device can be seen showing a clock and a calendar when the main screen is off, while it's also used to provide weather forecasts, app shortcuts, and notifications when the HTC U Ultra is in use. All of the leaked photographs of HTC's upcoming flagship can be seen in the gallery below. The Taiwanese consumer electronics manufacturer is expected to debut the HTC U Ultra, as well as two other devices on Thursday, Jan. 12.

Apart from a secondary screen, the newly leaked images of the phone also show that HTC opted to design its next flagship with rounded edges and offer it in at least four colors – black, white, blue, and pink with a golden hue. In overall, these photos confirm almost every rumor we've heard about the HTC U Ultra so far, as the device depicted in them does away with the 3.5 mm audio port and only comes equipped with a single USB Type-C port. The only rumor that doesn't match these pictures is the one about a dual camera system as the device shown in the images sports only a single camera and an accompanying camera bump. Seeing how the HTC U Ultra is a flagship Android device, it's to be presumed it will feature a fingerprint reader, and from what these photos show, the scanner is likely going to be integrated into the home button of the device.

Several hours ago, the Taiwanese phone maker also published a teaser video for what is believed to be a trio of its new Android smartphones. Apart from the HTC U Ultra, the company is rumored to unveil the HTC U Play and another device codenamed the HTC Alpine on Thursday.