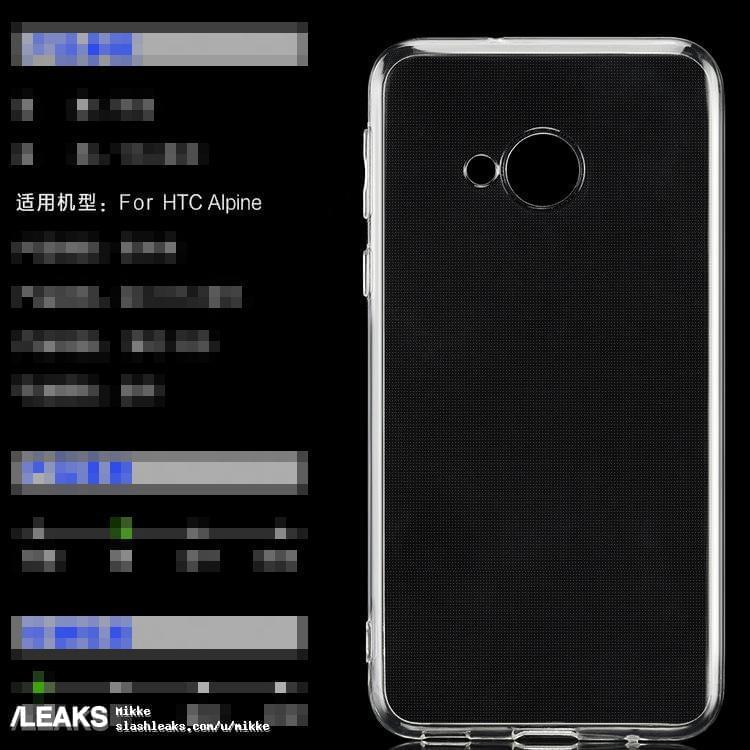 A new series of leaked images that have popped up on the web show a case for an unannounced HTC device called the Alpine, which may be one of the upcoming HTC Ocean devices as it's been recently rumored that HTC is planning to launch three smartphones under the Ocean moniker. It could also just be a different device that is separate from the Ocean lineup, and although this is not an actual image of the phone itself, the leaked image of the case does give off a couple of details, although none of them are that telling at the moment.

The case mold shows that there is a rear-facing camera located in the middle of the back with a cutout for the LED flash just to the left of the camera sensor, which suggests that this case is likely not for the same phone that was leaked late last year initially referred to as the HTC Ocean as the rear cameras and LED flash on that particular device are following the top right edge. It does however follow a similar style found on the leaked image of the case for what is referred to as the HTC Ocean Note, which does have a camera sensor cutout in the middle, albeit square shaped instead of round and with the LED flash cutout located to the right instead of the left.

It also looks like there are cutouts for a mic and earpiece on the top and bottom, while the only other openings are located on the bottom and appear to be for the charging port and what could only be the speaker, suggesting that the phone this case is for may not have a 3.5mm audio jack and will instead use USB Type-C for audio output. There also looks to be only one speaker hole, so this could signal that the HTC Alpine will only have a single speaker instead of stereo speakers. This seems to be the first reference of an HTC Alpine smartphone, short of an older PDA style of handset from around 2012 that ran on Windows Mobile which pops up when you Google the name. That said, there is no other detail on the HTC Alpine just yet.