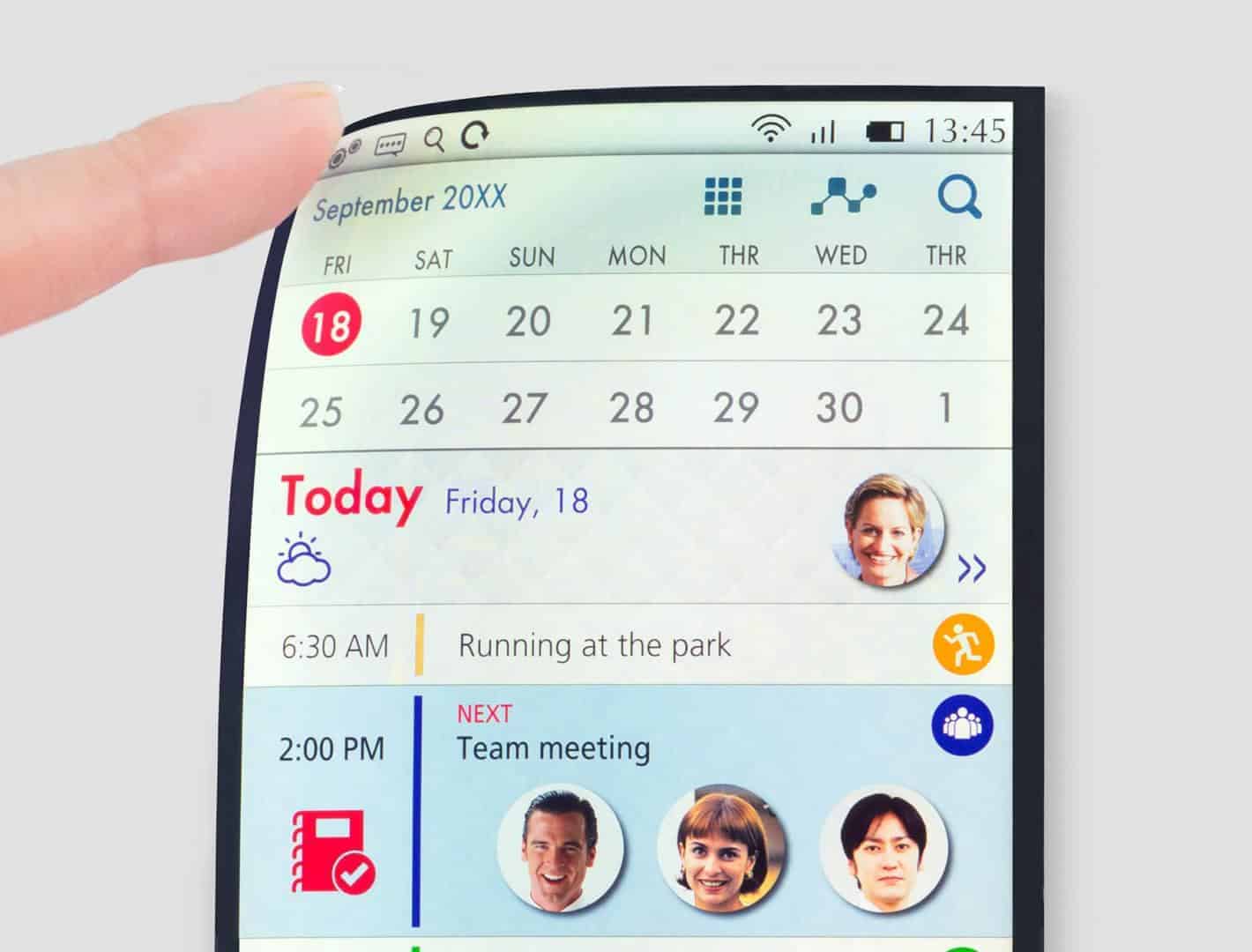 Shown today via the company’s newsroom blog, Japan Display Inc has announced what may be the first viable competitor to OLED flexible displays, as they have announced a flexible LCD in what they’re calling FULL ACTIVE FLEX. There are several caveats to the announced screen technology that must be taken into consideration. The company – a coalition between Sony, Toshiba, and Hitachi – also announced a non-folding screen last week. The announcement serves as a reminder that the display industry is as competitive as always and that innovation doesn’t have to be expensive.

The caveats associated with the announcement fall mostly under the category of “display quality.” Although there is unquestionably still a healthy market majority for Full HD screens and low-end devices, many Android users have become accustomed to QHD screens with a pixel per inch (PPI) rating above 500. The 5.5-inch display featured in today’s announcement was rated at 1080 x 1920 Full HD, with a PPI of 401. The device was also touted to have multiple different current cycle ratings since it can run as low as 15hz or as high as 60hz – and is also capable of hitting in-between at 30hz. That provides an opportunity to build very power efficient flexible screens for a variety of uses. That said, build materials are another of the caveats. The screen technology in the announcement by Japan Dsiplay Inc utilizes a plastic-based component, as opposed to the glass-based foundation for OLED flexible displays. While those factors may possibly be seen as deal-breakers to some, they could easily become the foundation of strength for the new development. The running theme throughout the announcement seems to focus on cost. There is no doubt that a plastics-based, power-efficient, Full HD screen with a pixel density 100 pixels lower than competing screens is going to be cheaper. The savings created by the new display – coupled with low-cost internal components – could translate into a line of budget-friendly devices with curved or folding displays.

It is no secret that flexible display technologies are quickly becoming one of the must-have features on modern smartphones – with many of the newest high-end phones featuring some sort of curved edge to their design. Recently filed patents also seem to suggest that future phones will go to even further extremes, utilizing the full flexibility of those displays to create something completely new such as foldable devices. Up until now, those devices that have curved edges or other uses for flexible displays have had very few real options except to go with glass-based OLED screen technologies. That also limited their use to more expensive handsets. With today’s announcement from Japan Display Inc that may no longer be the case as early as 2018, when the displays are set to go into mass production.