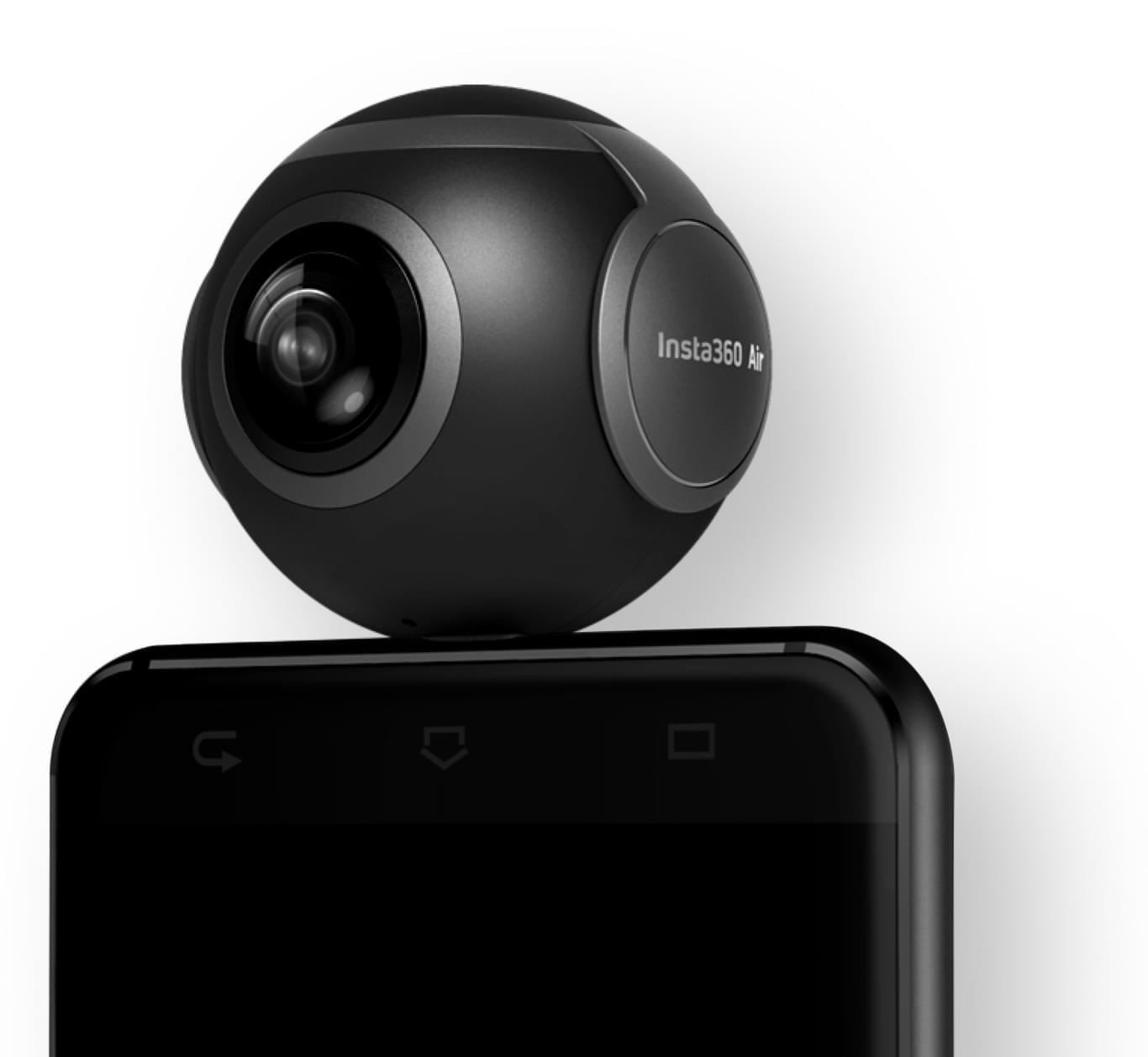 Insta360 has just announced a new camera in their lineup. It's a new 360-degree camera that can clip onto your smartphone and allow you to livestream video in 360-degrees, without having to bring a big 360-degree camera like the Gear 360 or another camera. They are officially calling the device, the Insta360 Air. It'll allow users to take HD images as well as video, which can be livestreamed or just simply recorded to share later on. Insta360 Air will be available in four colors, Matte black, white and silver, rose pink and rich gold.

The company states that this camera was designed specifically for Android devices, and gives users the ability to livestream on their favorite platforms like YouTube. However, there is no support for Facebook Live just yet. That may come in the near future, especially with Facebook doing everything it can to enable more and more users to livestream in 360-degrees. However, users are still able to share these videos on Facebook, Instagram, Twitter and other services. The Insta360 Air sports "an advanced 210-degree dual fish-eye lens" and it does also use real-time stitching, so that you can see everything in the shot. It offers 3K resolution stills, and 2K video. It does support 3K on select smartphones (Insta360 names the Galaxy S7, but not any other smartphone). Which means you'll be getting the same resolution as you would get with most other 360-degree cameras out there, but much smaller, and even more portable.

Insta360 Air started out on Indiegogo and had a target of $20,000, but it has more than surpassed that already. The Insta360 Air is still available to purchase through Indiegogo InDemand and priced at $99. When it lands on Amazon and Insta360's official online store, it'll be priced at $119. That's quite a bit more expensive than what most other clip on cameras are right now, but remember that this is essentially two clip on cameras in one, since it is doing 360-degree video. If you're a big fan of virtual reality, this camera is going to be pretty important to seeing and having more 360-degree content available.

Advertisement
Insta360 Air on Indiegogo
Advertisement
Trusted By Millions
Independent, Expert Android News You Can Trust, Since 2010
Publishing More Android Than Anyone Else
0
Today
253
This Week
254
This Month
4999
This Year
106474
All Time
Advertisement