Hyundai's Blue Link, which allows owners to control some parts of their car through a compatible smartphone or smartwatch, is gaining Google Home integration, with additional features for it becoming available after launch. For now, the service allows a number of basic functions like beaming directions to your car, starting or turning off the car, controlling the music, or messing with the air conditioner through Blue Link. These functions can be accessed through a smartphone or smartwatch, and even through voice-based digital assistants like Siri, Google Now, Cortana, and Google Assistant. The latter is present in Google Home, so it isn't that big of a logical leap to be able to ask your Google Home unit to start your car up and turn on the heat before you head out on a wintry adventure, for example. Thus, Hyundai announced that they were working hand in hand with Google to get their Blue Link features onto Google's digital home assistant.

In order to trigger the functionality, all somebody has to do is link up their Blue Link account to their Google account through Google Home, then just ask Google Home to "Talk to Blue Link". From there, they can issue most of the normal voice commands that they could give to Blue Link through any other device. Hyundai provided a few example exchanges that a user could go through with Google Home and Blue Link, such as finding a restaurant and sending the address to a specific vehicle, or asking Google the weather, then starting a car and setting the air conditioning accordingly. Charging or stopping charging an electric vehicle is also fair game in the initial version of Blue Link for Google Home.

On top of that, Hyundai says that some new features will be coming to the Google Home version of the service, thanks to Google's launch of Actions For Google Home, completely opening up the ecosystem to developers. This development will essentially allow Hyundai to access the full capabilities of Google Home, and even add in their own, which could end up as permanent mainstays of Google Assistant. Hyundai have not announced exactly when they will be rolling out the new platform, or gone into detail about what other new features users could be seeing by the time launch rolls around and beyond. 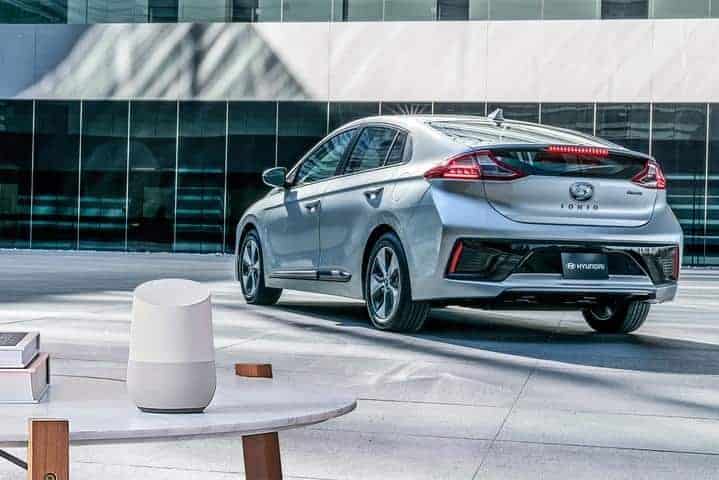 Advertisement
Trusted By Millions
Independent, Expert Android News You Can Trust, Since 2010
Publishing More Android Than Anyone Else
32
Today
175
This Week
510
This Month.
7958
This Year
109430
All Time
Advertisement