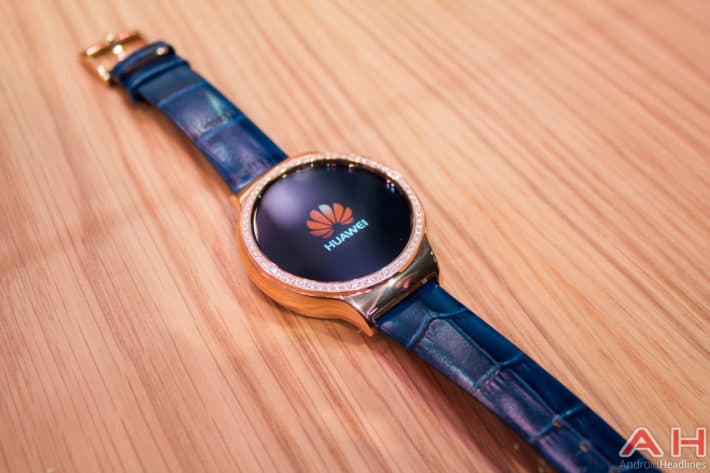 The Huawei Watch Jewel & Elegant are no longer being sold as both versions of the smartwatch are now being listed as discontinued and out of stock. It was only a matter of time before the women's models of Huawei's first official Android Wear smartwatch were taken off the shelf, as the original Huawei Watch model became discontinued in the Google Store last month, so the other two were likely soon to meet the same fate. While it's still entirely possible to find either model of the smartwatch at places like eBay or other reseller websites, official online stores like B&H Photo and others are likely not to carry them in the future.

While Huawei does seem to have a new smartwatch on the way, there are little and less details about the device other than the rumors that it will not be using Android Wear, and that it will instead be running on Samsung's Tizen OS like Samsung's line of Gear S smartwatches, the most recent of which is the Gear S3 Classic and Gear S3 Frontier. With both of Huawei's Android Wear options for women now leaving the marketplace to join the standard model, there are not too many options for those who would prefer a slimmer Android Wear smartwatch.

The only options at this point that are even in stock at the Google Store are the Nixon Mission, the Polar M600, and both the models of the Michael Kors Access, which are the Dylan and the Bradshaw. So while there are some Android Wear watches in the Google Store that are still available, none of them will have that same look or similar design that both the Huawei Watch Jewel and Huawei Watch Elegant were carrying. That being said, anyone looking for a smartwatch with that particular more elegant look to it can always consider something like the Michael Kors Access Bradshaw and then swap out the band for one that is a little bit slimmer, or consider another type of smartwatch entirely that runs a different OS like the Gear S3. One could also consider the ASUS ZenWatch 3 which does run Android Wear and comes with a range of possible customization options like Rose Gold for the watch case color, although you can't buy this one in the Google Store.

A spokesperson for Huawei has stated that Huawei "has no plans to discontinue the Huawei Watch Jewel and Huawei Watch Elegant," and that they are currently working with retail partners to bring in more stock after a busy holiday season resulted in stock depleting. 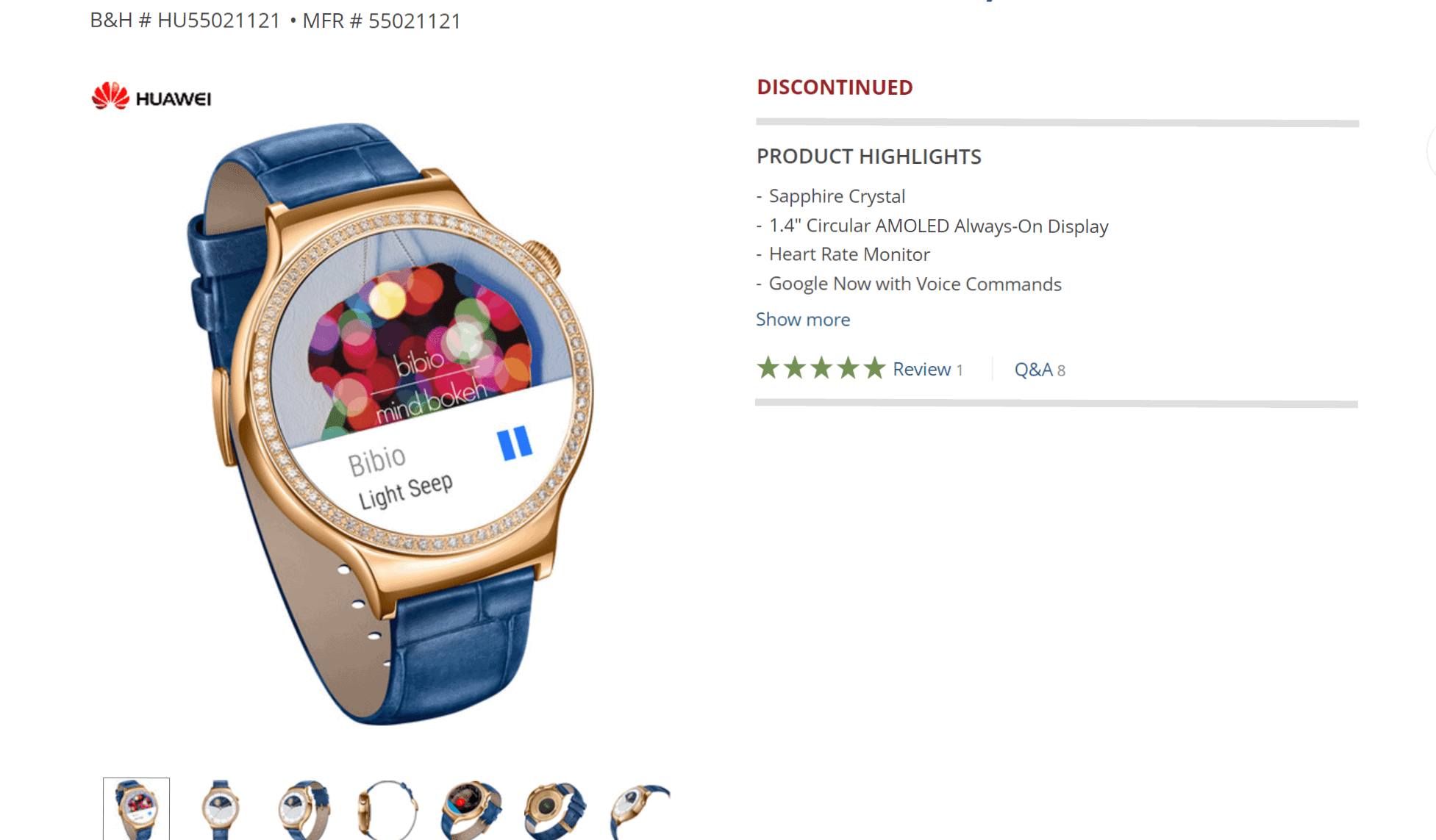