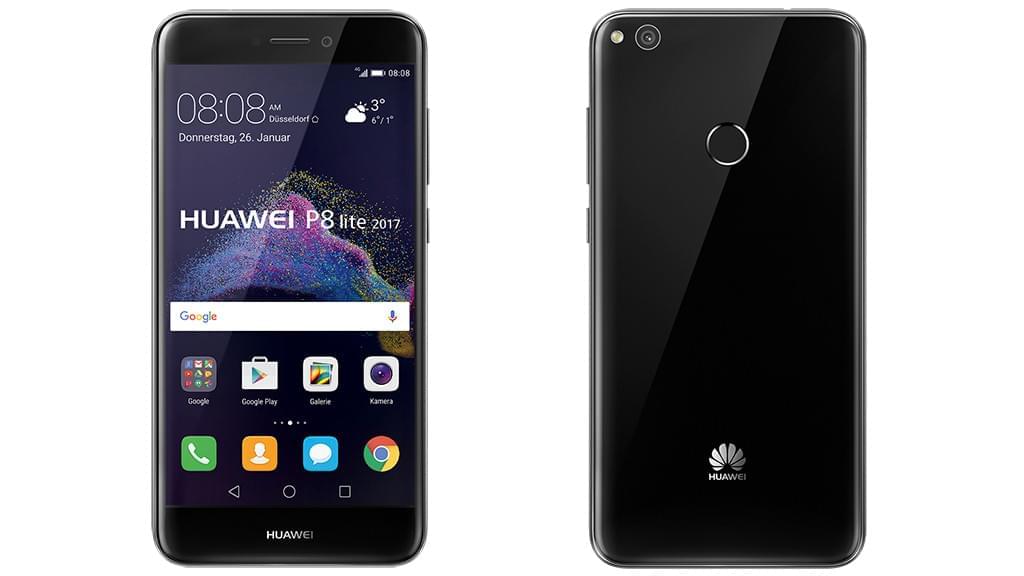 Huawei has unveiled a new device, the P8 Lite 2017 smartphone, billed as an update to the popular 2015 Huawei P8 Lite. The new model uses a different design to the original model and appears to share only the name and branding, as under the skin the new P8 Lite 2017 model uses rather different and improved components. The screen has been improved from a 720p resolution 5.0-inch panel to a 1080p, 5.2-inch panel. The newer model benefits from Huawei’s in-house HiSilicon Kirin 655 chipset, which uses a big.LITTLE architecture to combine a higher efficiency quad-core, 1.7 GHz cluster with a higher-performance, 2.1 GHz quad core cluster. This chipset is backed up by 3 GB of RAM (up from 2 GB for the older model), although the device only comes with 16 GB of internal storage. Huawei has added a rear-mounted fingerprint sensor, given the device a larger battery (now at 3,000 mAh and up from 2,200 mAh), and a 12-megapixel rear camera paired with an 8-megapixel front-facing camera. The device can be used in either a dual SIM mode, or where one SIM can be replaced by a microSD card of up to 128 GB capacity – and importantly, the Huawei P8 Lite 2017 model runs Android 7.0 (Nougat) from the factory.

Still, this isn’t the first time a company has reused a handset name. Many of HTC’s mid-range devices are sold under the “Desire” moniker, which is the model designation of one of the first Android devices to ship with a 1.0 GHz processor, the HTC Desire. In later years, there has been the 2014 HTC One M8, joined by the 2015 HTC One M8S, and of course, a range of Samsung Galaxy A-Series devices with later models indicated by their model year in their title.