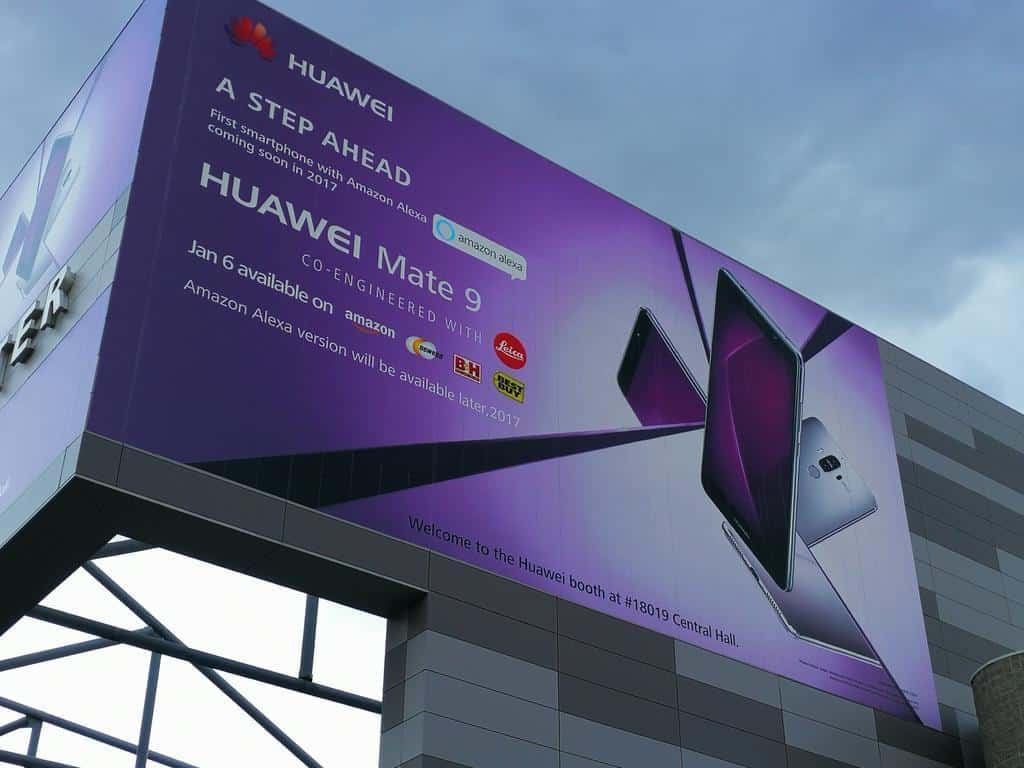 Huawei looks to have an Alexa-powered Mate 9 on the way as a billboard ad for the device was spotted that mentions the voice controlled software. The ad, which is conveniently located in Las Vegas around CES, states that the company is a step ahead and that the Mate 9 will be the first smartphone with Alexa software integrated into the device. Beyond the fact that this will be the very first Alexa-enabled smartphone, the ad also mentions that the Alexa version of the phone will be "coming soon" albeit without actually mentioning a specific date.

There is one other detail that's mentioned, and that's the date of January 6th, which is likely referring to a U.S. availability of the standard Mate 9 through listed retailers Best Buy, Amazon, Newegg, and B&H Photo. Of course, January 6th would not be the Mate 9's official launch date as they had previously announced the device last Fall, but at the time the phone was not made available inside the U.S. The January 6th launch date for the U.S. model of the phone may also not be all that surprising given that a rumor surfaced back on December 10th stating that the phone would finally be going on sale within the region on that particular day.

It's possible that Huawei will end up showing off the Alexa version of the Mate 9 during this week's trade show, even if they have no plans to launch it until later on in the year. Amazon's Alexa software can be found in a growing list of smart, connected products across various industries, some of which have appeared at CES this week, such as the Whirlpool washer and dryer and Lenovo's new smart assistant, but this would be a first for the software in any type of mobile device. It also speaks to Huawei's continued interest in the advancement of A.I. technology as well as the advancement of the Internet of Things, and being the "first" phone with Alexa could signal that it won't actually be the "last" phone with the integrated voice software, which would suggest that more phones with Alexa integration could be in the works. If no other manufacturers have considered it up to this point, there's always the chance that Huawei's decision to use the software inside of their most recent flagship could spark some interest.