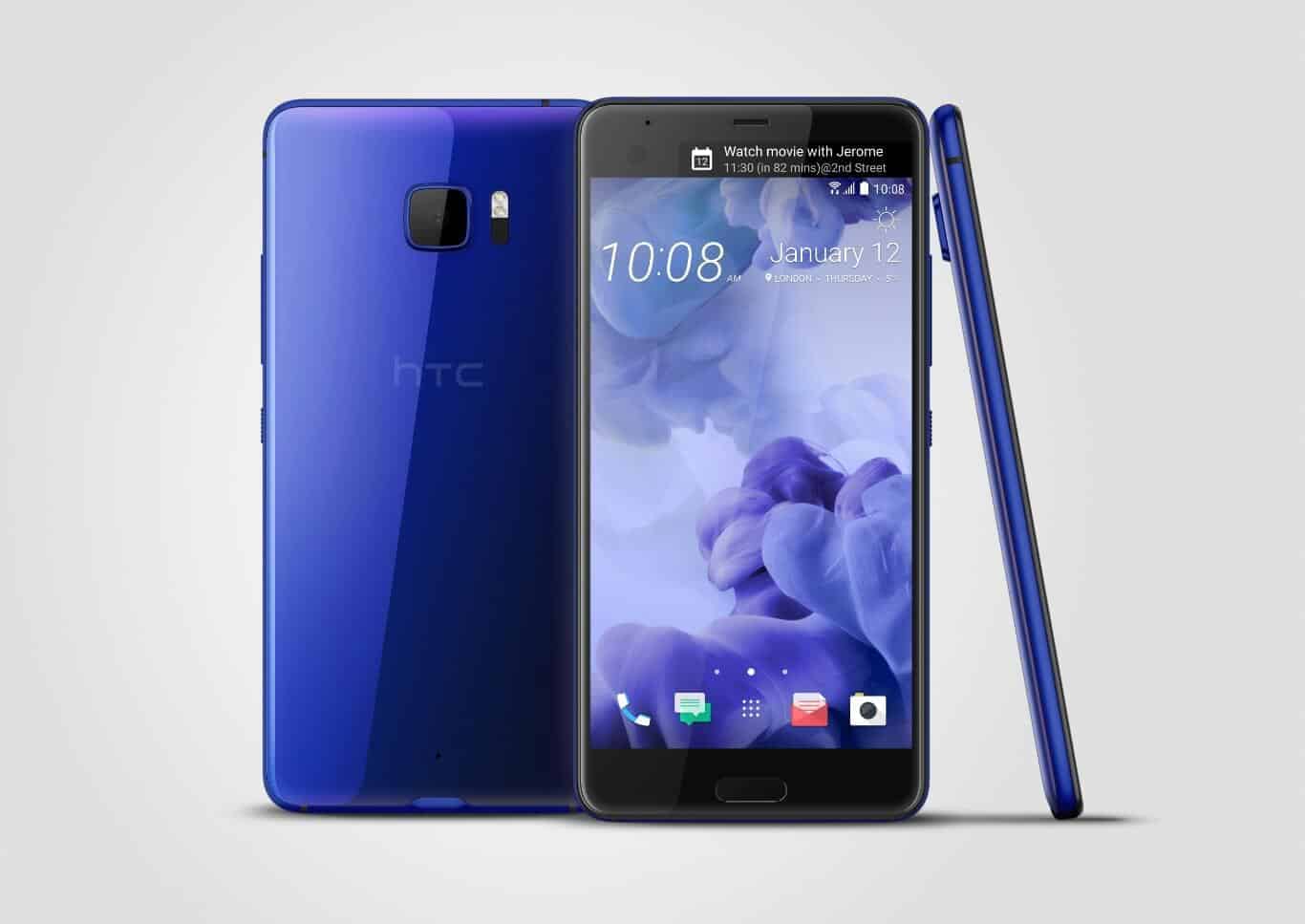 Following a number of rumors and leaks we’ve seen in the last couple of weeks, HTC has finally introduced their HTC U Ultra handset. This is the company’s all-new flagship, and as rumors suggested, it comes with a secondary display which is placed above the main panel. This, of course, reminds us of the LG V10 and LG V20, though HTC is using this secondary display in a somewhat different way. In addition to the HTC U Ultra, the company has also announced the more affordable, HTC U Play handset, which we’ll talk about in a separate article.

The HTC U Ultra is made out of metal and glass, while its most expensive variant comes with a sapphire display. The phone’s secondary display will show you prioritized notifications in a discreet way, at least that’s how HTC put it. This secondary display (officially called ‘Dual Display) is supposed to get smarter the more you use the device with the help from the HTC Sense Companion, which is HTC’s new AI assistant. The HTC Sense Companion will also learn more about you as you use the device, and will get smarter as to what it reports to you. The device also comes with four always-on microphones, and the company has even added the so-called ‘Biometric Voice Unlock & Control’ in the HTC U Ultra. The HTC U-Sonic is the sonar-based audio system, and HTC seems very confident this feature will wow consumers, as it is supposed to deliver great audio. The HTC U Ultra’s back and front sides are slightly curved, and HTC is calling this ‘Liquid Design’, as the device is completely symmetrical, and the company says it feels great in the hand. The HTC BoomSound Hi-Fi edition speakers are also included here, and are expected to deliver great audio, as we’ve come to expect from HTC’s flagships. Do keep in mind that the phone does not come with a 3.5mm headphone jack.

The HTC U Ultra features a 5.7-inch QHD (2560 x 1440) Super LCD 5 main display with Corning’s Gorilla Glass 5 protection on top of it, while the most expensive variant of this phone with 128GB of internal storage sports Sapphire Glass instead of Gorilla Glass 5. The secondary display, which HTC is calling ‘Dual Display’, measures 2.05 inches and comes with a resolution of 160 x 1040. This smartphone is not fueled by the Snapdragon 835 64-bit octa-core SoC as rumors were saying, it comes with the Snapdragon 821 64-bit quad-core SoC. The phone packs in 4GB of RAM and 64GB / 128GB of expandable internal storage. The 12-megapixel HTC UltraPixel 2 OIS camera (1.55um pixel size) is placed on the back of the phone, while you’ll find a 16-megapixel snapper on the device’s front side. The 3,000mAh battery is also included in this package, and so is Qualcomm’s Quick Charge 3.0 technology. Android 7.0 Nougat comes pre-installed here, and on top of it, you’ll find HTC’s Sense UI, of course.

The HTC U Ultra will be available for purchase through Dixons Carphone, Brightstar and Data Select, as far as offline retailers are concerned. If you’re planning to purchase this handset online, you’ll be able to do so through HTC.com, Amazon, Very.co.uk and a number of other retailers. HTC did not say how much will these devices cost, but they did say that the HTC U Ultra will go on sale in February. The device will be available in Brilliant Black, Cosmetic Pink, Ice White and Sapphire Blue color variants.

UPDATE: HTC did not share HTC U Ultra’s availability details in their press release, but it seems like HTC Taiwan revealed most of the info. The 64GB HTC U Ultra is said to cost $750, and will become available on January 12th (US pre-order). The 128GB storage model with a sapphire display will cost $910, though we still don’t know when will it be released. 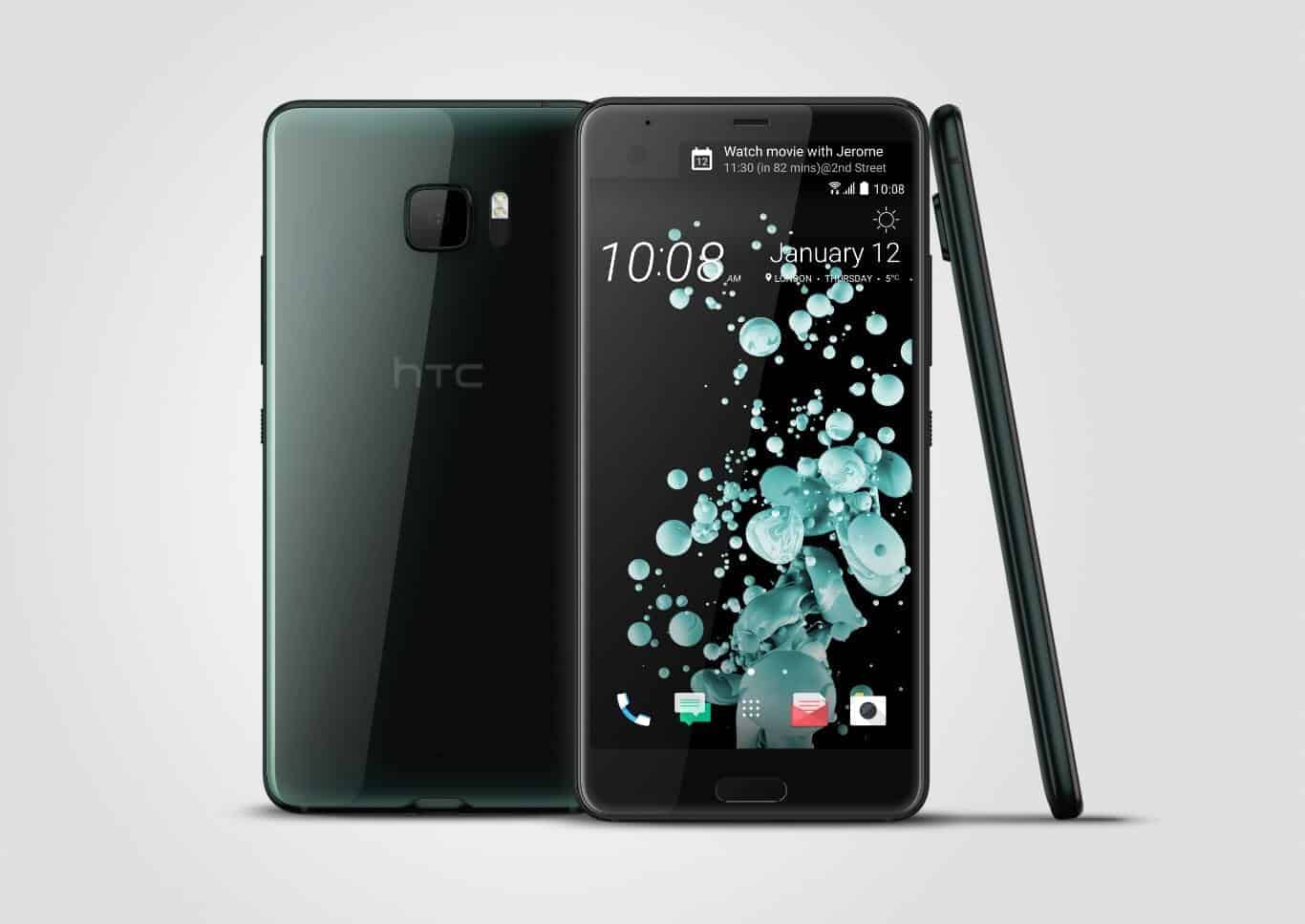 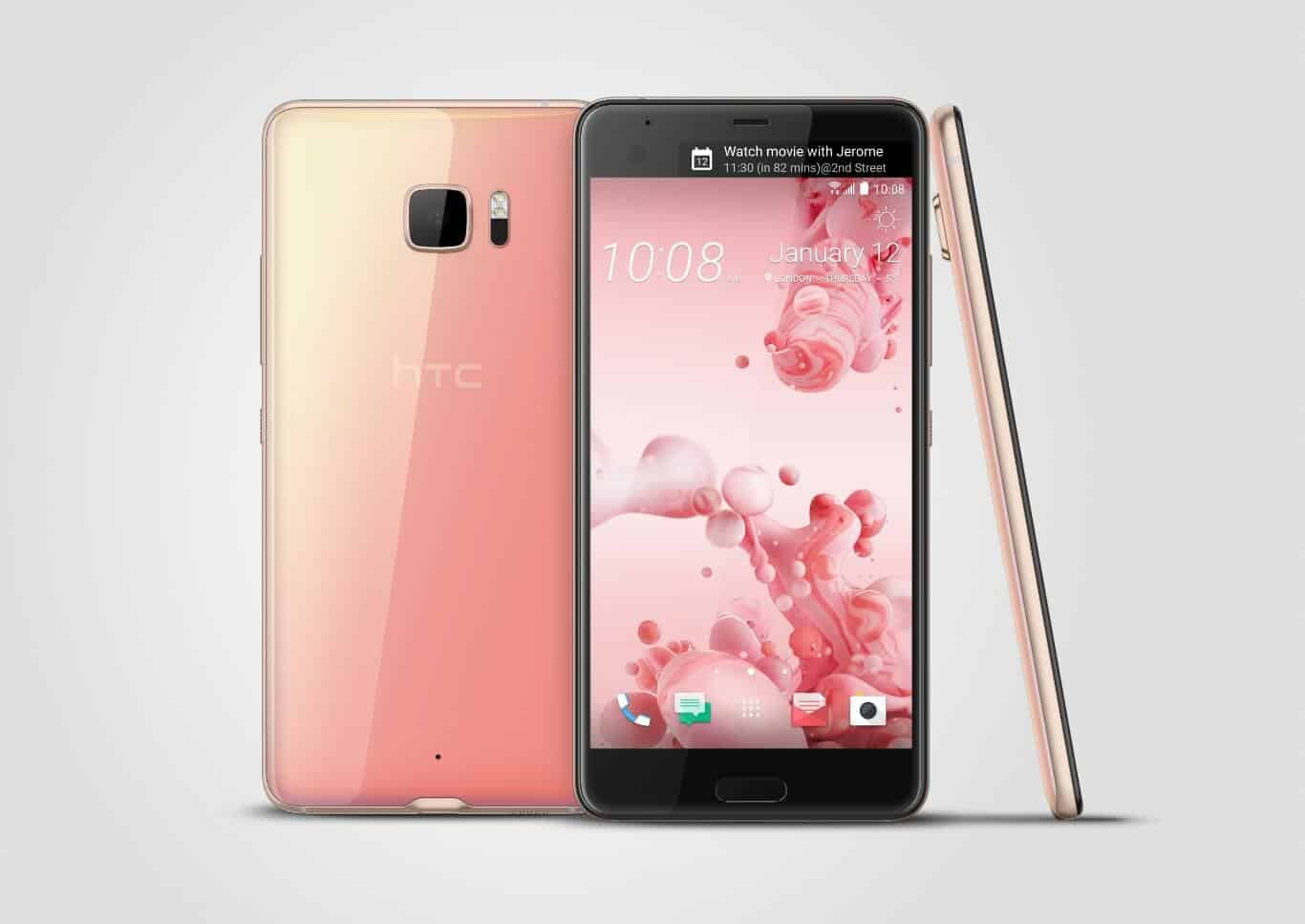 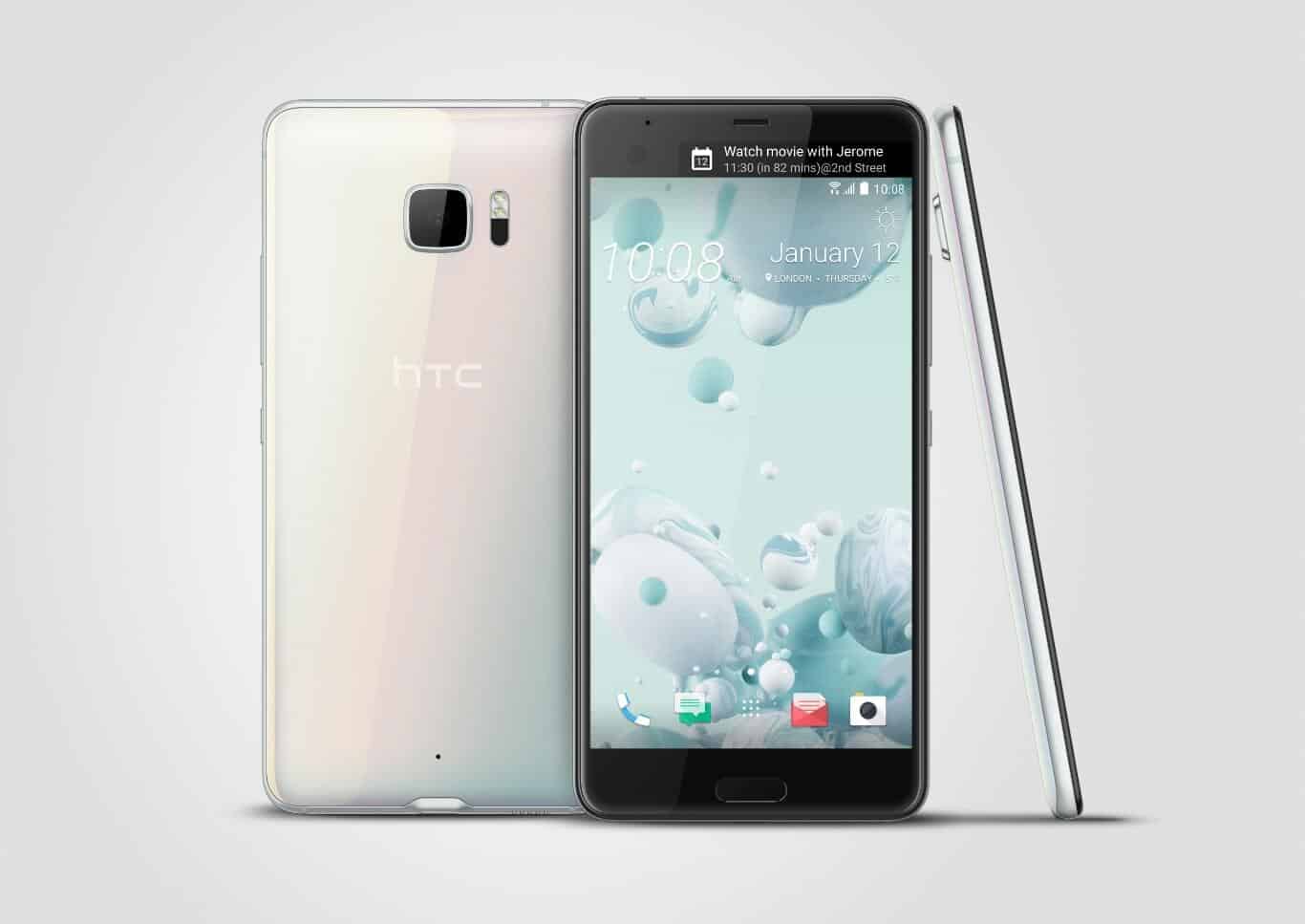 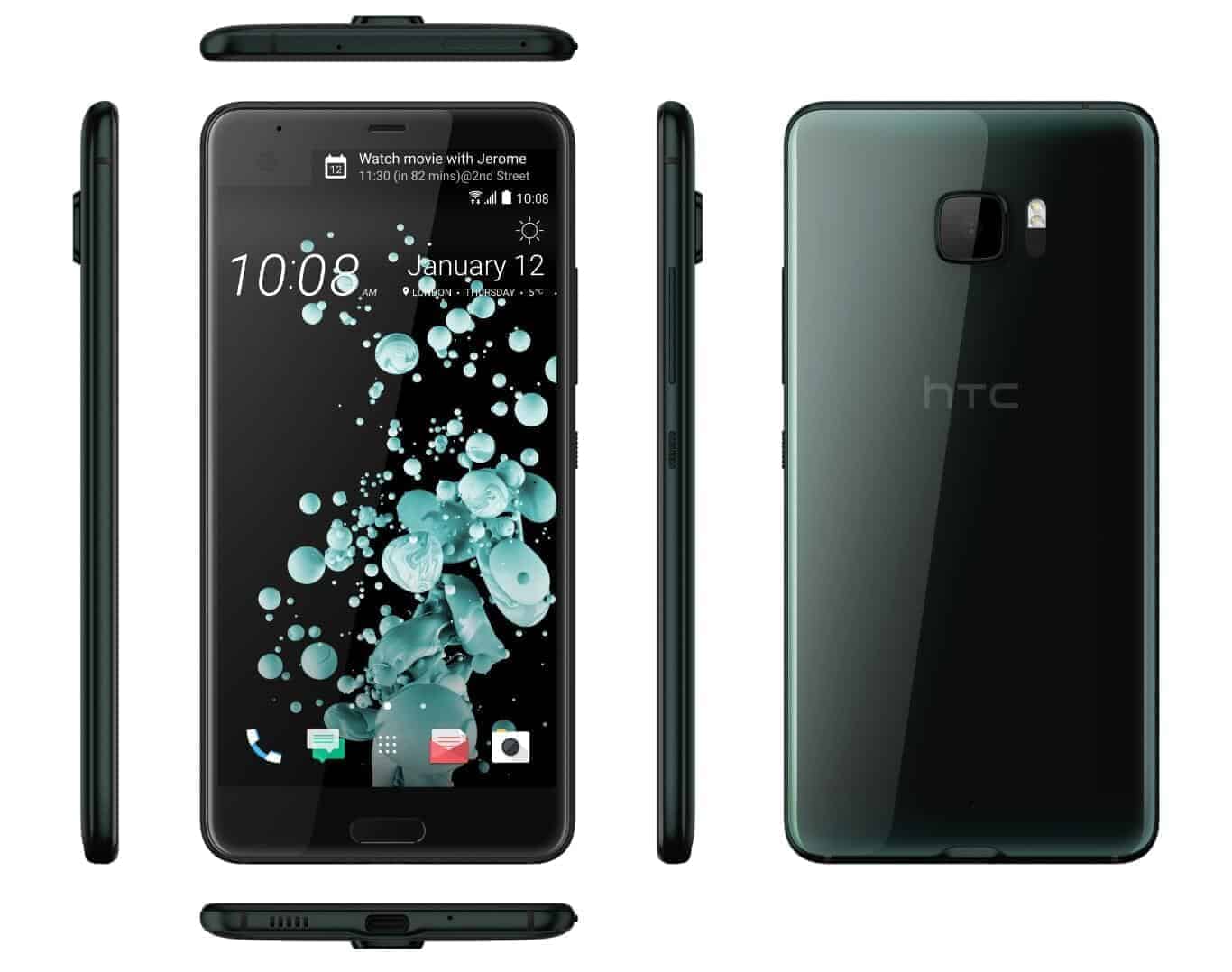 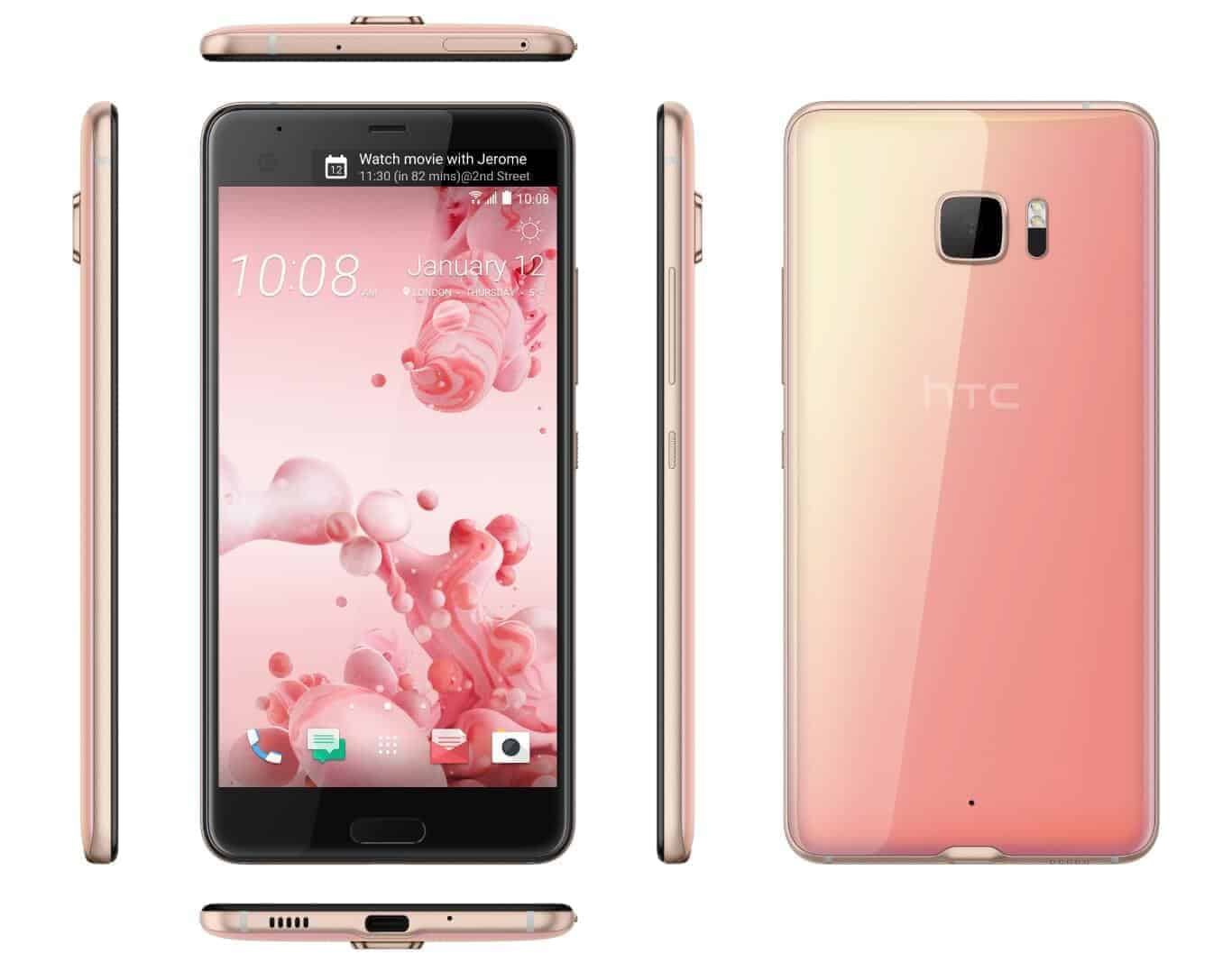 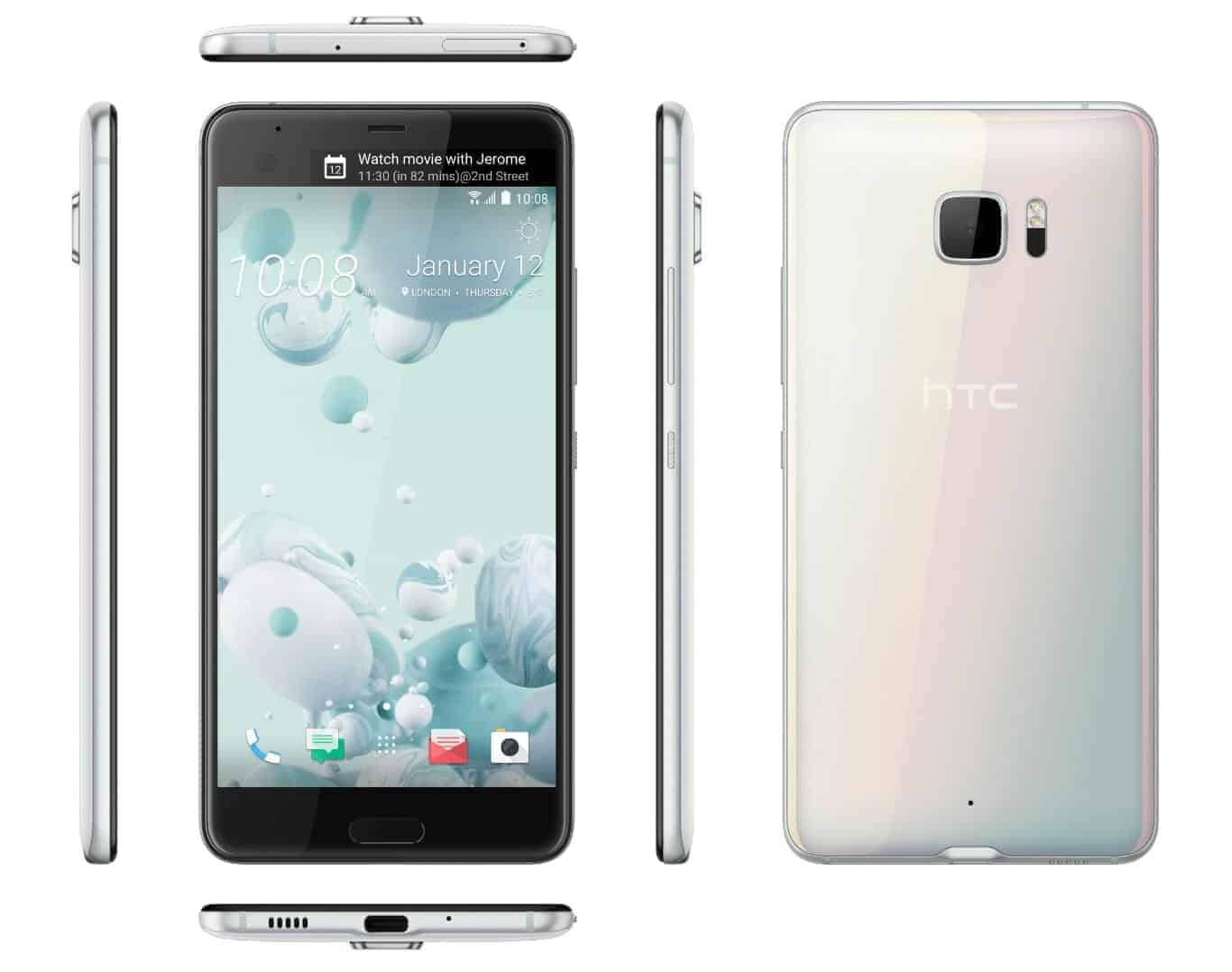 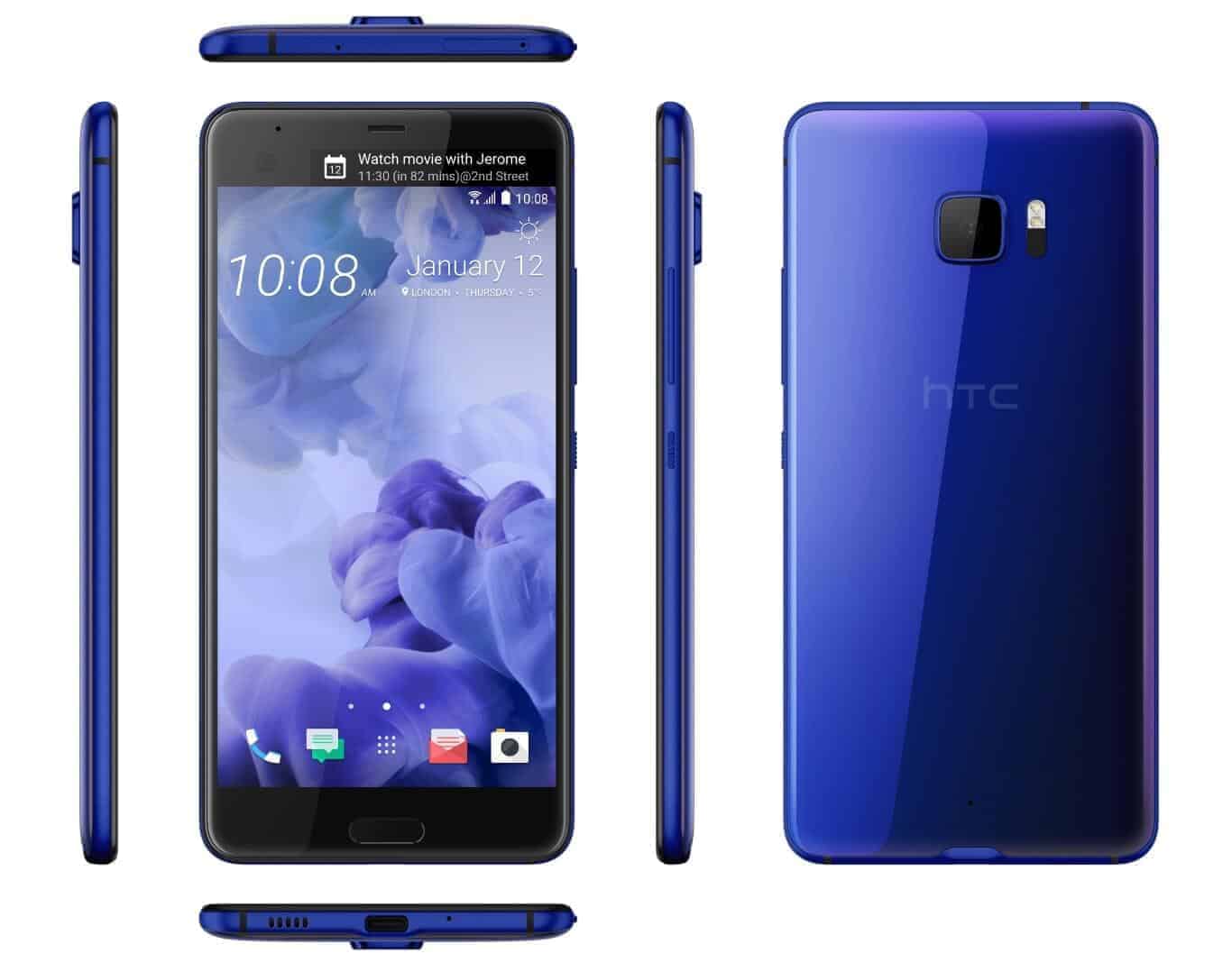