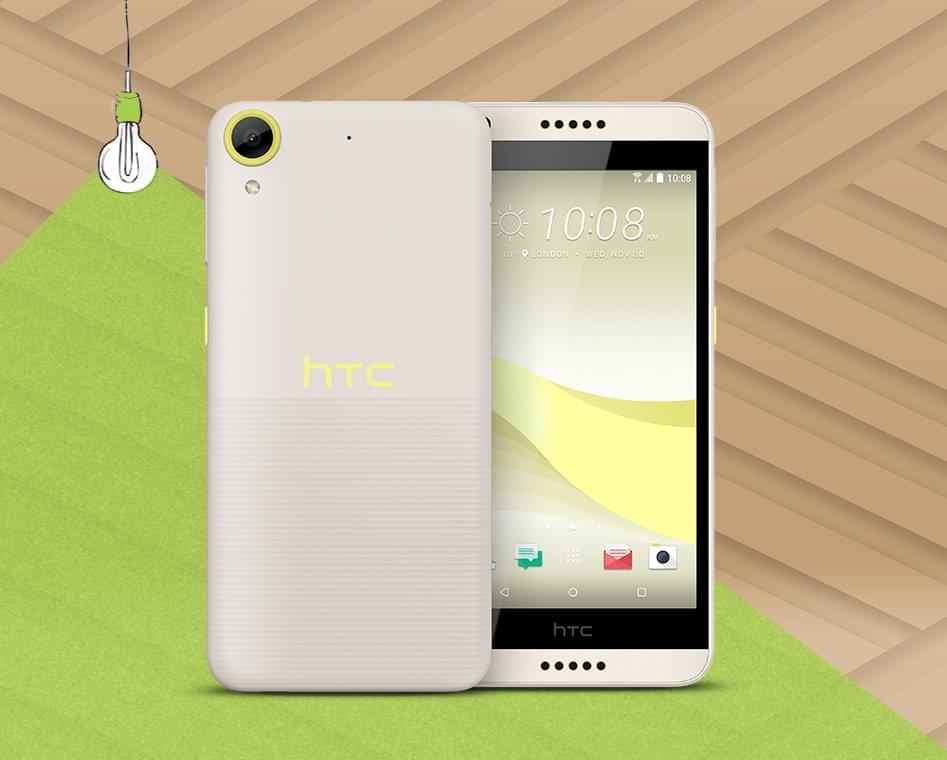 HTC just made an awkwardly timed announcement concerning their new HTC Desire 650. In December, they announced the Desire 650 as an exclusive Taiwan device and today, two days before HTC’s January 12 event, they are announcing a global release of the device in February, although it is unclear if it will come to the US, it will most likely be released in Europe and other international markets. From the specifications, it is a low/mid-range device. The Desire 650 does have an interesting exterior design on the back of the device, whereas the lower half has a rubber material to enhance your grip. It is actually a practical idea considering how slippery new metal and glass smartphones can become.

The HTC Desire 650 measures in at 146.9 x 70.9 x 8.4 mm, weighs in at 140 grams, and comes in Black, White, and Blue. It sports a 5.0-inch IPS LCD display and an HD display with a resolution of 1280 x 720 pixels and 294 pixels-per-inch. It is using a quad-core Snapdragon 400 processor with 2GB of RAM and 16GB of expandable internal storage. The primary camera uses a 13-megapixel sensor with a f/2.0 aperture, autofocus, and a LED flash. The front-facing camera consists of a 5-megapixel sensor with a f/2.8 aperture, 34mm, 1080p, and HDR to satisfy your selfie and video chatting needs. The Desire 650 does include Hi-Res audio to go along with its dual front-facing speakers and BoomSound software. A non-removable 2,200 mAh battery powers the device. The HTC Desire 650 has all of the usual suspects – WiFi, Bluetooth v4.1, GPS, NFC, and surprisingly, a microUSB v2.0 port rather than the newer reversible Type-C port for charging and data transfer. With NFC built-in, you can use the Desire 650 for mobile purchases. It comes with Android 6.0 (Marshmallow).

The Desire 650 also comes with some tweaked software, such as a built-in Night Mode for use in low-light environments that adjusts the screen to a warmer color at night, so it is easier on your eyes. It also includes HTC’s theming software that allows the user to quickly change the theme and layout of the device. HTC’s memory Boost+ and Smart Boost rid the device of junk files to increase performance. While the device is certainly low/mid-range in specs, it is an interesting device which seems likely to be priced right, and still incorporates many of the HTC features from its flagship smartphones.