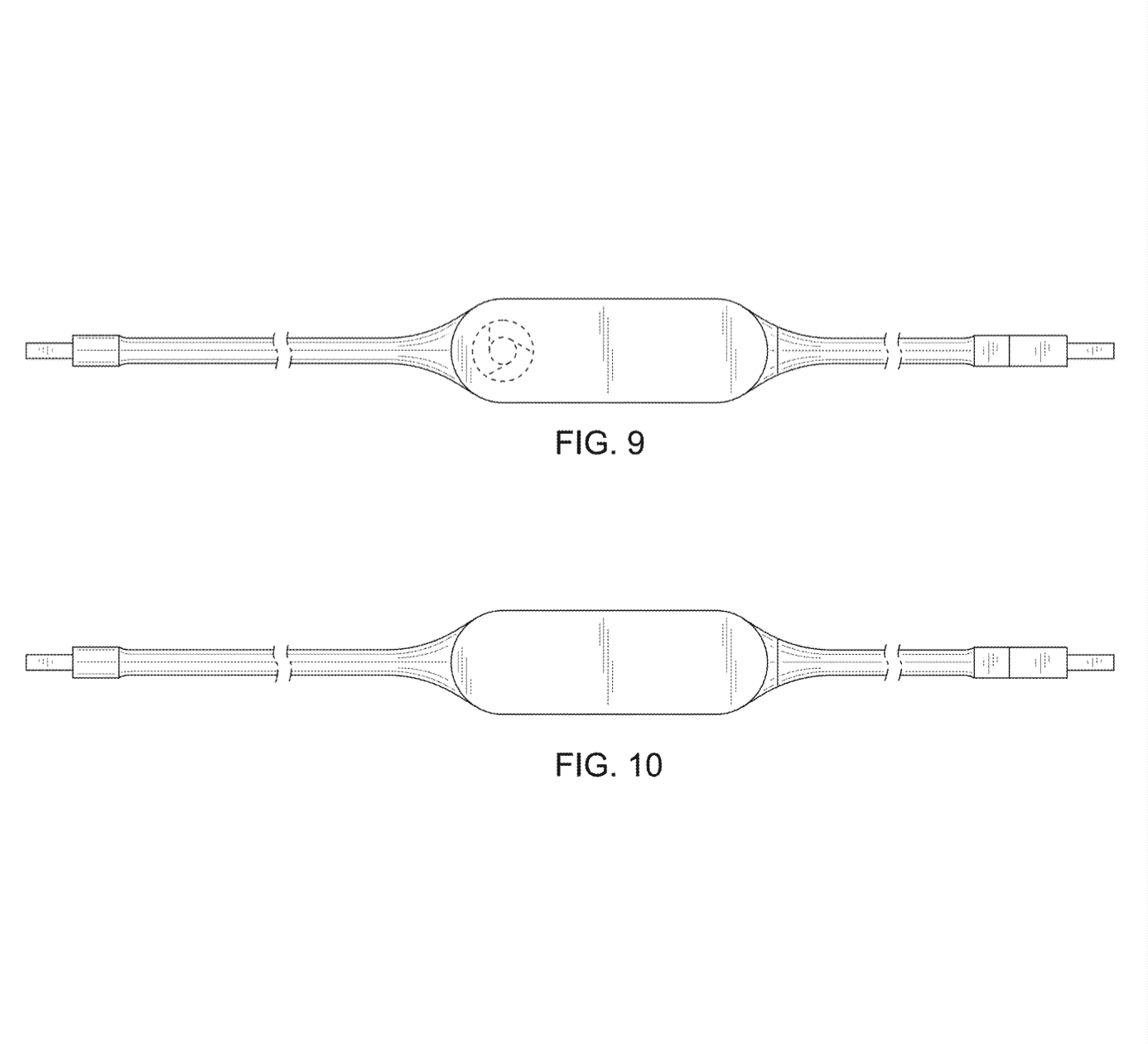 Google's 2nd Gen Chromecast almost had this slim design it seems, as an unearthed set of patent documents reveals that Google at one point was considering a longer slimmer unit instead of the puck that most people are now familiar with. Just looking at these pictures you wouldn't know that it was a potential design Google had in the works, and you might think it was a finalized design for a future version of the Chromecast. That being said, the most recent version of the Chromecast – the Chromecast Ultra, looks almost no different from the 2nd Gen model, and these patents were filed before the 2nd Gen model actually launched.

Why Google chose to change things up is unclear, although judging by the looks of these designs it's possible that the style they went with for the currently available versions was a little more space saving, as even though this does look slimmer it may have also been longer. Google's patent never actually refers to these designs as the Chromecast, but it becomes pretty obvious with the term "media streaming device" being listed on the patent document, and the Chrome logo being shown on the device in the design images.

While Google did ultimately decide on the puck-shaped Chromecast for both the 2nd Gen and Ultra models, it wouldn't be too out there if Google decided on using this design for a future model at some point. Google did already file patent with these designs, and there's no reason Google couldn't have kept this particular design on the back burner for a later model. Having said that, there's nothing to suggest that they have or had this idea in mind at any point in time. Whatever Google's reasons for switching things up, the new design fits quite nicely, and even though Google didn't go with the design shown in this patent document, it's also very clear that they had already decided on using a connected HDMI cable for plugging the device in so as to let it hang while connected to an HDMI port, so not everything was scrapped as that particular design detail made it into the final design of the two most recent Chromecast models.