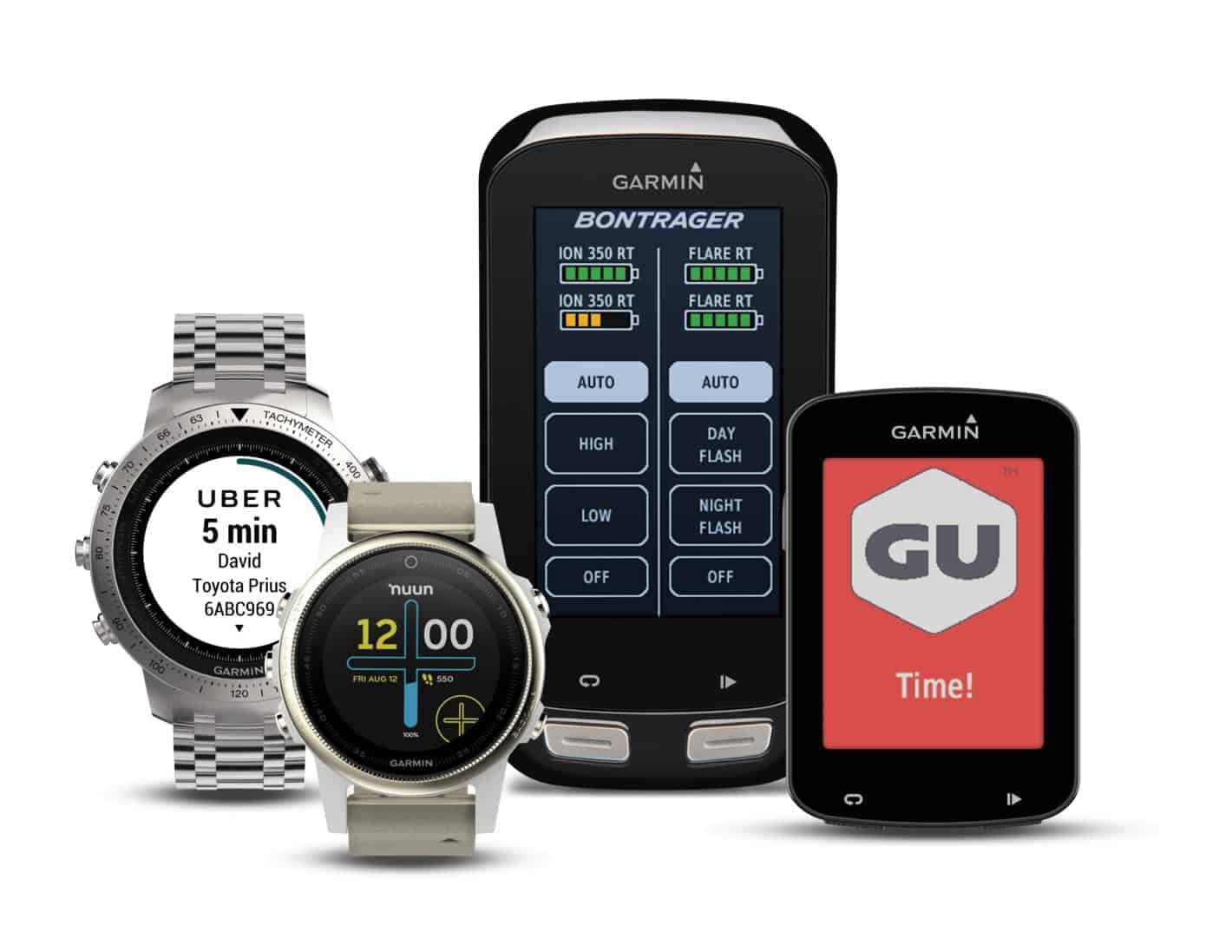 The limited selection of apps in the Connect IQ store for Garmin's smartwatches makes the ecosystem good for fitness and location tracking and not much else at the moment, but Garmin is looking to change all that by introducing a swath of big-name third party apps for their smartwatches. While this move certainly won't bring Garmin's watches up to speed with the likes of the Apple Watch or Android Wear, or even Samsung's Gear S lineup, it's a step in the right direction to be sure. Of the new apps being announced, the biggest name on the list is UBER ETA, a unique app developed in concert with Uber by Garmin that lets users keep track of an Uber cab that they've ordered from their smartphone.

The full spectrum of third party apps announced thus far include a bike light control app from Trek/Bontrager, as well as an app from GU Energy Labs that remind an athlete when they should use one of GU Energy Labs' products to fuel up based on biometric data. A group bike ride widget from JOIN is also on the list of new apps hitting Garmin's Connect IQ app store, as is a watch face from Nuun Active Hydration that helps users keep track of goals. Xert Power Analytics brings live statistics to users' watches, Stryd IQ helps users keep track of the data from their foot-mounted sensors, and Strava Live Suffer Score is on the menu to help users figure out just how hard they're pushing themselves. An up-to-the-minute weather widget from Accuweather rounds things out.

Garmin's Connect IQ store already features a number of third party apps from small and large developers, but today's announcement is the first big push for third party support to start working toward bringing the Connect IQ app store for smartwatches up to par with other smartwatch ecosystems. All of the new apps that have been announced fit nicely within Garmin's niche, of course; the Connect IQ smartwatch ecosystem is still first and foremost about fitness and exploration, but is beginning to become a bit more all-around. The new apps are all free, and are available through Garmin Connect, Garmin Connect Mobile, Garmin Express, or Garmin's website.