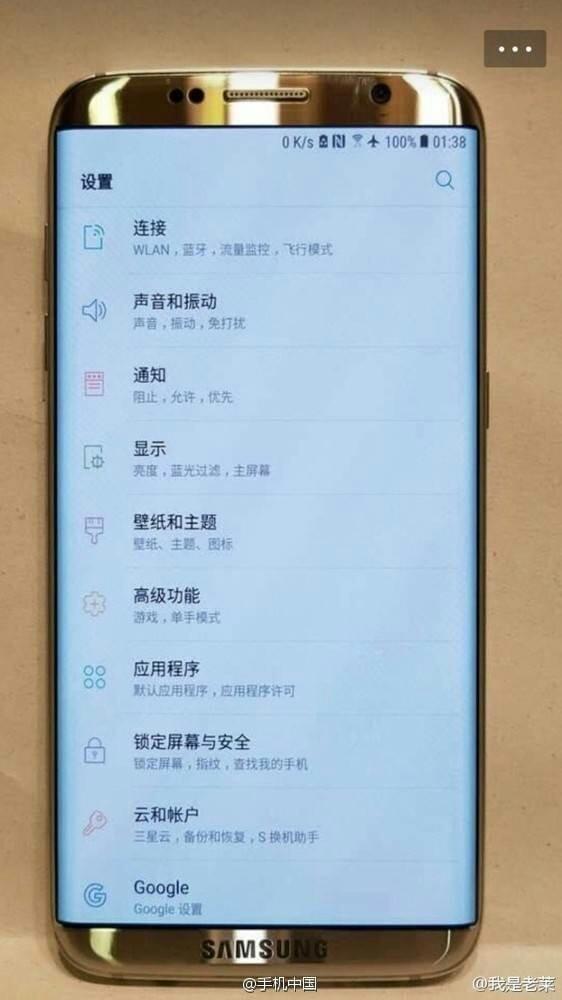 New Galaxy S8 images have just surfaced, and this time around we’re looking at real life images of Samsung’s upcoming flagship, well, alleged Galaxy S8 images. If you take a look at the gallery down below, you’ll get to see a smartphone whose bezels are really thin, and truth be told, this is the least unreal leak of the device we’ve seen thus far, next to renders which surfaced yesterday. The device shown off today is actually a bit different than the one that surfaced yesterday, the frame of this phone is a bit more curved, but the two designs are quite similar actually.

The first thing you’ll notice here is that the physical home button is missing, well, there’s no home button below the display at all, and interestingly enough, on-screen buttons are not present here either, at least we cannot see them on the leaked images despite the fact the display is on, it is possible they’re hidden. Samsung’s branding is placed below the display, and this seems to be the gold-colored variant of the device that leaked today. The physical power / lock key is visible on the right-hand side of this smartphone, and the same can be said for the volume rocker keys which are placed on the left. The UI of this smartphone seems to be in Chinese, and a recent rumor said that the company is already testing the device in China, so this could be the model that is being tested in Asia at the moment. 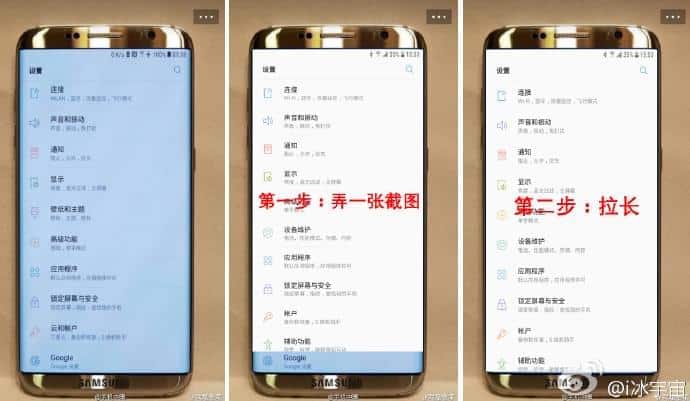