The company had introduced three new Galaxy A-branded smartphone this month, the 2017 Galaxy A3, Galaxy A5 and Galaxy A7 devices. Interestingly enough, all three of those smartphones come with Android 6.0.1 Marshmallow, not Android 7.0 Nougat, but if this listing is any indication, the all-new Galaxy A devices could get updated soon as well. This Geekbench listing was created on January 7th, which was two days ago, and it reports that the device scored 636 points in a single-core, and 3,218 points in the multi-core test, which fits its specifications, and also indicates that this is the Galaxy A5 (2016), not its newer iteration. This smartphone features a 5.2-inch fullHD Super AMOLED display, 2GB of RAM and 16GB of expandable internal storage. The device is fueled by the Snapdragon 615 64-bit octa-core processor, and a 13-megapixel OIS snapper is placed on its back. The Galaxy A5 (2016) is made out of metal, and it originally shipped with Android 5.1.1 Lollipop, but it got the Android 6.0.1 Marshmallow update last year.

Now, this listing could suggest that Samsung is getting ready to release Android 7.0 Nougat for a number of other Galaxy A-branded smartphones. It seems like the company had started rolling out Android Nougat to select Galaxy S7 users, and the company’s Galaxy A smartphone lineup could be next. Samsung has quite a few Galaxy A-branded devices to update, as they released quite a few of them last year or so, including the Galaxy A3 (2016 and 2017), Galaxy A5 (2016 and 2017), Galaxy A7 (2016 and 2017), Galaxy A8, Galaxy A9, etc. Stay tuned for more info, we’ll report back as soon more info surfaces, but you can expect Samsung to start rolling out Android 7.0 Nougat to more devices in the coming weeks. 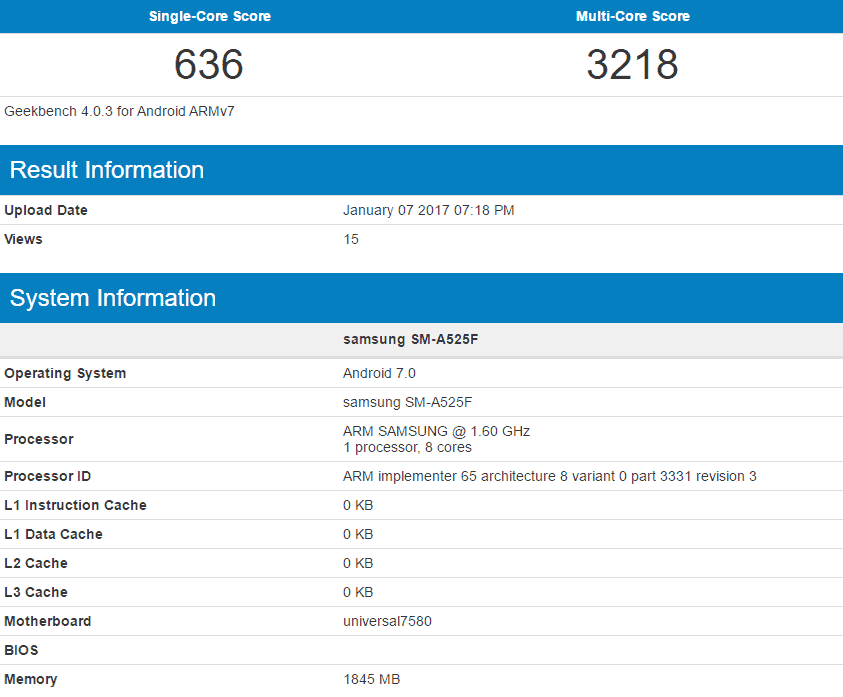