Skip to content
Advertisement
Trusted By Millions
Independent, Expert Android News You Can Trust, Since 2010
Publishing More Android Than Anyone Else
30
Today
110
This Week
577
This Month
6547
This Year
124074
All Time
Advertisement 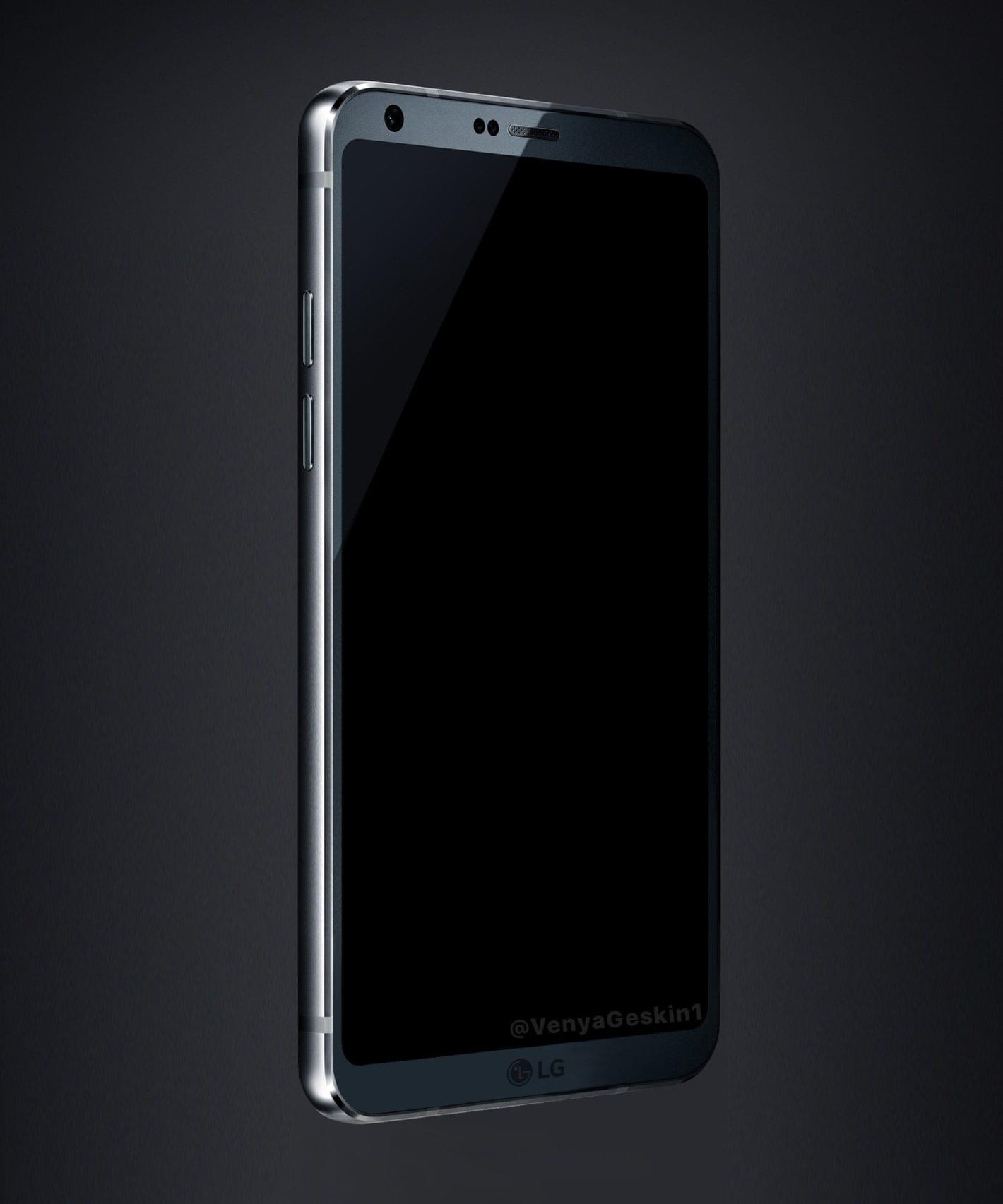 A new LG G6 render just surfaced, and it is, allegedly, showing LG’s upcoming G6 flagship. This time around we actually get to take a look at the whole device, as the upper portion of it surfaced earlier today. In any case, this smartphone comes with a chassis made out of metal, and it has chamfered edges, though unfortunately, we don’t get to see its back side, so we don’t know what material LG used. It is possible that the company opted for metal or glass here, in any case, a new leak will probably surface soon and we should know more then.

As you can see, this smartphone features LG’s branding below the display, and its display corners are curved quite a bit, which we don’t get to see that often. The phone’s volume rocker keys are placed on its left-hand side, which probably means that the power / lock button is located on the right-hand side, though it’s also possible that LG opted to include it on the very back of this phone, as was the case with some other ‘LG G’ devices in the past. This smartphone has some bezel on the sides, though its bezels are quite thin, and chances are that black bars will not be present here at all. The front-facing camera is quite visible in this image, and so are phone’s other sensors which are located next to the earpiece, and those are probably the proximity and light sensors. Antennas are present here as well, of course, though they are well hidden on the sides, as you can see.

We still don’t have all that much info when it comes to the specs of this smartphone, but chances are that it will ship with a 5.7-inch display LG unveiled earlier this month, well, at least one variant of the device is expected to come with such a display. It is possible that LG might opt to introduce smaller and larger flagship, as a number of other OEMs have been doing for quite some time now. It is almost certain that the LG G6 will be fueled by the Snapdragon 835 64-bit octa-core processor, and you can expect to see 6GB of RAM inside of this smartphone, at least that’s what the rumors have been suggesting. Android Lollipop will come pre-installed on the device, and on top of it, you’ll be able to find LG’s custom UI, of course. It is also worth mentioning that LG already sent out invites for their February 26th MWC 2017 event during which the company will announce this smartphone.