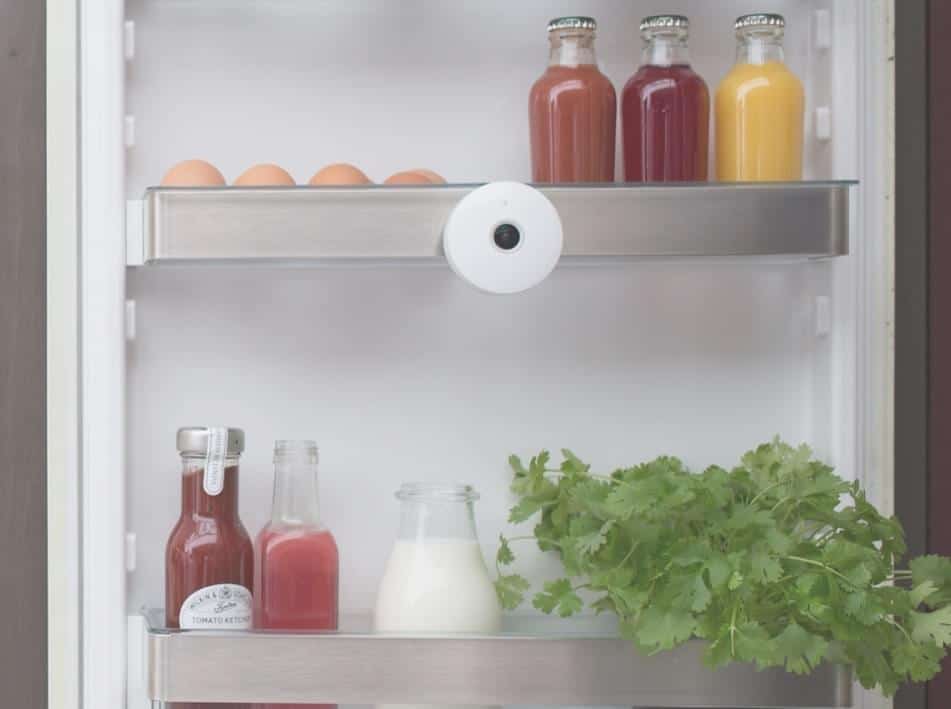 Do you often forget that you have particular groceries in your refrigerator, and then you have to trash them because they go bad over time? Well, Smarter’s new product might help you out with that. The company has just introduced a product called 'FridgeCam' at CES 2017, and in combination with a proprietary app, this camera will make sure you never forget what lies inside your refrigerator, plus it has a number of other features that you might be interested in.

Smarter is a London-based company, and their new product is essentially a wireless camera which you need to place in your refrigerator, and then you can use the Smarter’s FridgeCam app in order to use it. This application has a number of options, it can remind you about various expiration dates, and also notify you when it’s time to pick up groceries if you’re running low on something inside of the fridge. The app will also suggest ways you can use your groceries before they go bad, which can come in handy if you’re out of ideas, of course. Thanks to geo-location reminders, Smarter’s app will also notify you when grocery stores are nearby, in case you’re running low on some groceries. Now, as far as the design is concerned, there’s not much to say here, this camera is not flashy at all, and comes in white color only, this essentially means it won’t stand out too much, at least in most refrigerators, which is a good thing. This is essentially a white plastic circle with a lens in the middle, which you can attach to one of the compartments in your refrigerator.

Smarter has been around since 2013, and the FridgeCam is one of their most interesting products to date. “We created the FridgeCam to not only save people money, time and energy, but also tackle food waste head-on in the process,” said Christian Lane, creator of Smarter. The company’s app is also quite straightforward, it’s flat and eye-pleasing. Now, for those of you who are wondering how much this camera costs, you’ll need to set aside $149.99 in order to get it, and it will become available in Q1 2017, though we still don’t know when exactly, as the company did not share all the specifics just yet.