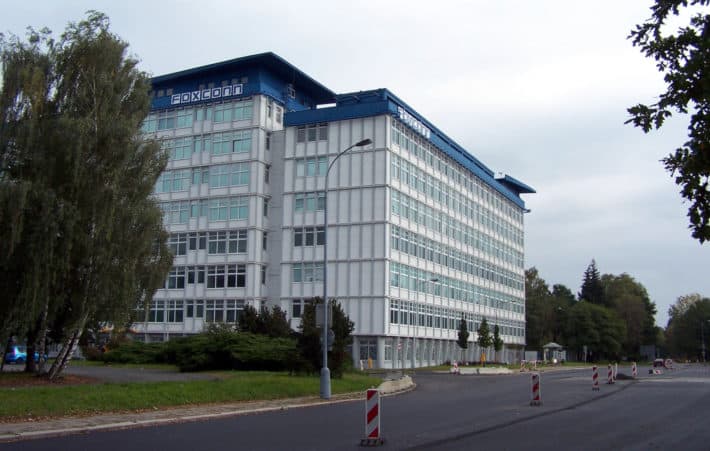 Foxconn, one of the best-known third-party electronic manufacturing companies thanks to its arrangement to build the Apple iPhone, is working towards fully automating its Chinese factories. The company’s General Manager of Automation Technology Development Committee, Dai Jia-peng, explained that the company has put into effect a three stage plan. The first stage involves establishing automated workstations to perform those duties that are considered too dangerous for human workers – or for those jobs that humans do not want to do. The second stage involves automating the entire production line of a given product but by doing so, this will consolidate the number of robots used for that device. At the third stage, the entire factory will use automatic production with only a small number of human workers left for duties such as logistics, testing, inspection and quality control.

Currently, Foxconn already use automated production facilities and a number of products and factories are already at the second and third stage of the plan. The company already has ten fully automated production lines, including an all-in-one PC and LCD monitor lines, specifically at the Chongqing factory in western China. The company also uses 40,000 “Foxbots” across the business, these being an industrial robot design that Foxconn has developed and manufactured in house. Dai explained that Foxconn has the manufacturing capacity to build another 10,000 Foxbots a year and this means the company will be able to rapidly expand its automated process. However, on a note of caution Dai also highlighted how whilst robotic technology continues to improve, the company does not expect industrial robot equipment to completely replace workers – because humans are more flexible and adaptable, and are readily able to switch from one task to another. Robots currently need to be reprogrammed for different duties.

At this time, it is not known if Foxconn manufacturers any smartphones using a fully automated production line process, but given the ambitious plans for all factories to use industrial robots, it sounds like it is only a matter of time before iPhones, and of course other manufacturer’s devices, are being built by machines. Presumably, a fully robotic production line could improve quality control and consistency, which is something all manufacturers will be keen to maintain.