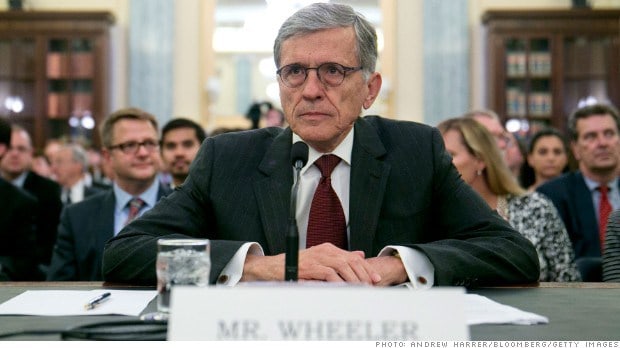 With President-Elect Donald Trump set to take office next week, that also means that the FCC will once again be dominated by Republicans, and it also means that the current chair, Tom Wheeler will be leaving. In his final public speech as head of the FCC, Wheeler made a final plea for Republicans to keep the Open Internet Order, an order that established Net Neutrality. Under a Trump administration, it appears that there will be less regulation, and perhaps Net Neutrality being killed off as well. Something that Wheeler and a number of others don't want to see happen.

There are two sides to Wheeler's argument for Net Neutrality. Wheeler states that consumer privacy needs to be protected, and these new rules have actually boosted investment in broadband and Internet services. What's interesting here is that this is what Republicans appear to believe that the rules actually prevent. Essentially, Net Neutrality means that providers cannot treat different uses of the Internet differently. For instance, your ISP cannot throttle your speed when you are binge watching Netflix, and then bring the speeds back up when you are browsing the web. It basically means that you get the same experience no matter what you are doing on the Internet.

With the Republicans controlling the White House, Congress and the Senate, there's going to be a lot of things being undone, and the Open Internet Order is just one of the many things the Republicans want to repeal. Of course, another one is the Affordable Care Act. While the Open Internet Order isn't as big of a deal as the Affordable Care Act, it could still be uprooted. Wheeler is begging the incoming administration to step back and take a look at the Open Internet Order and see how it has worked over the past few years. As Wheeler claims that it has done plenty of good for the country. The FCC will still have a few Democrats, but it will be dominated by Republicans, which could spell trouble for the future of net neutrality, but we'll have to wait and see what happens there.