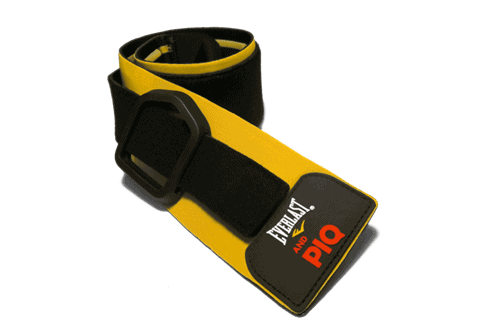 Everlast is joining forces with sports wearable startup PIQ and has just unveiled an A.I.-powered boxing wearable today at CES. The wearable, which is called Everlast and PIQ, is a handwrap that aims to make boxing smarter and will offer users a series of features that they wouldn't get with normal boxing gear. Of course, the wearable works in tandem with a companion application for the full effect, as do most wearables, and the app will be available for both Android and iOS devices to install when it launches later this year alongside the wearable itself.

The handwrap is meant to help boxers analyze the winning factors, and after a training session while wearing the wrap, for example, it would relay any of the analyzed data to the application which it's connected to, and there the boxer would be able to see everything that was recorded. Using this information, they can see where they really need to improve and implement those changes to work towards that goal. All of the data is analyzed in real time so information is as accurate as possible, too.

While the handwrap itself is just a handwrap, it's fitted with PIQ's A.I. powered ROBOTTM device that attaches to the handwrap. It's this device which handles all of the analytical data using the artificial intelligence system that PIQ calls GAIA's Intelligence. According to PIQ, this is the first A.I. system that is capable of understanding and analyzing sports movement, which is what should make this wearable so valuable to boxers. PIQ states that they were able to achieve this level of understanding by studying the movements of boxers, studying thousands of boxers in total and millions of motions to get things just right. More to the point, the motion analytics is boasted to be fairly accurate and have the capability to analyze "microscopic variations" in boxing movements, which PIQ says makes the perfect training tool. In addition to providing boxers with the information on their winning factors, the device will also calculate the speed of strokes and punches. This data can also be fed into the community that is part of the app with scores and leaderboards for the fastest punches, giving the application a gamified element and a way for boxers to be competitive. The app also feeds the leaderboard with top 10 highlights to users every day after a session so they can keep a constant eye on how they're training is going and how they stack up against other users. So far there is no mention of a release date or price.