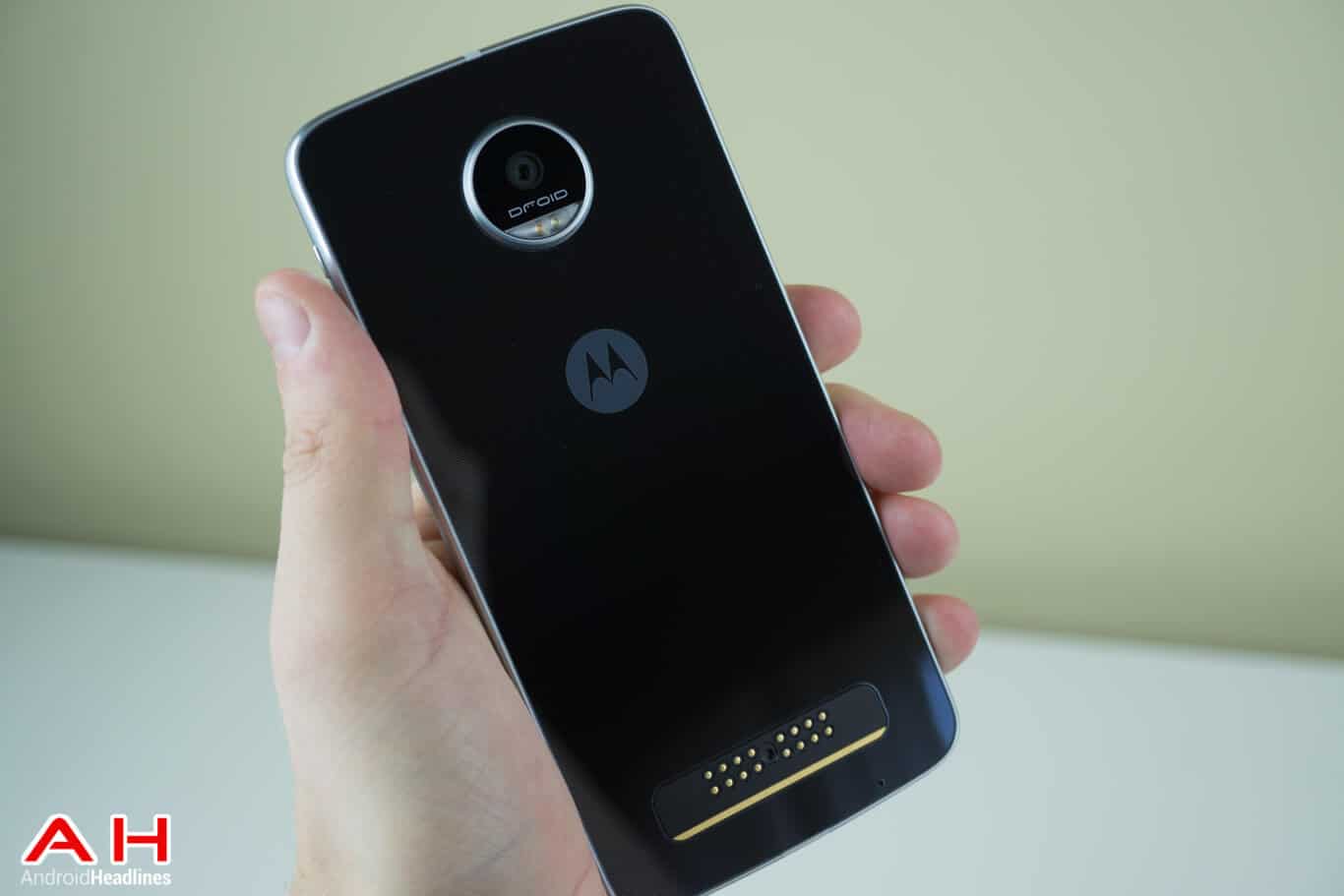 The Moto Z Play is now receiving the Android 7.0 Nougat update in Europe. First European countries that started receiving the update are Portugal and Spain, while Moto Germany said that it will start pushing out the Android 7.0 Nougat update at the end of January. The latest version of Android is being sent to users in the form of an over-the-air (OTA) update and ships with the firmware build NPN25.137-15-2.

It was reported earlier that Motorola is sending out the Android 7.0 Nougat update to a limited number of users as a soak test, but it seems that many users across Europe are receiving the update, which brings up the possibly that this is indeed the highly anticipated stable build of Nougat. However, we can only be sure once Motorola makes an official statement regarding the rollout of Android 7.0 Nougat for the Moto Z Play. If the stable build is indeed being rolled out to users, expect to wait for a bit before the update hits your device as the rollout is bound to be a massive one. You will automatically receive a notification prompting you to install the update if it is already available for your device. On the other hand, you can manually check whether the update is ready for your device by heading to Settings and tapping on About Phone. From there, tap on System Update and the update will appear if it is indeed ready for download.

The Moto Z Play is a mid-range offering from the Moto Z lineup, though it is compatible with all current Moto Mods. It packs a 5.5-inch Super AMOLED display and is powered by the Snapdragon 625 processor featuring eight cores clocked at 2.0GHz, as well as the Adreno 506 GPU. Under the hood, 3GB of RAM and 32GB of internal storage can be found. The device packs a 16-megapixel camera on its rear with laser autofocus, phase detection autofocus (PDAF), and dual LED flash. The front side of the Moto Z Play boasts a 5-megapixel shooter along with a flash. It packs a rather large 3,510mAh battery and supports the proprietary TurboPower charging technology. 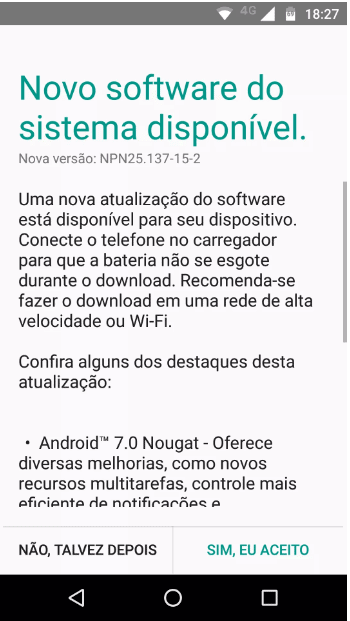 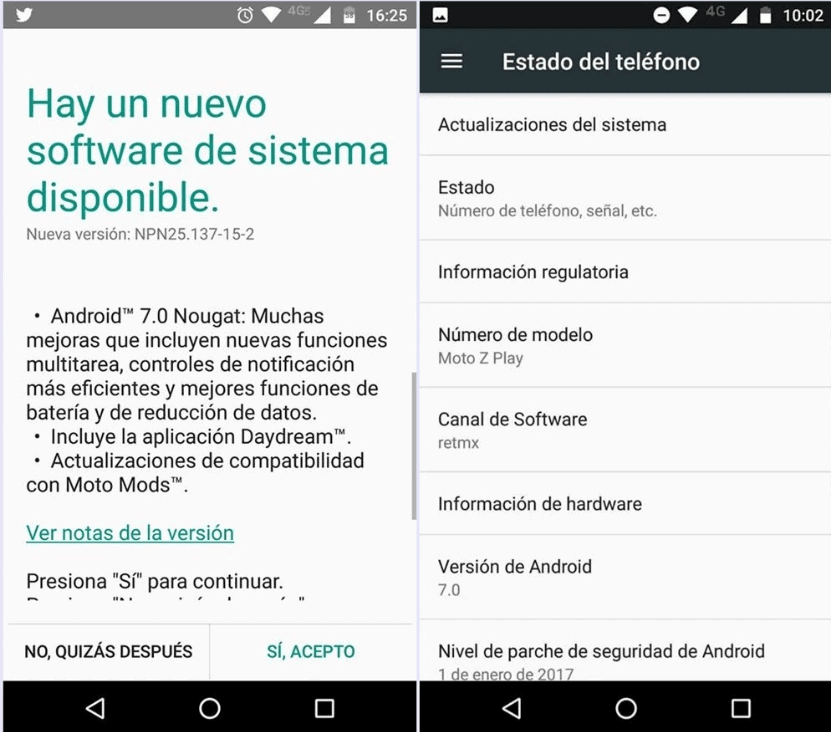