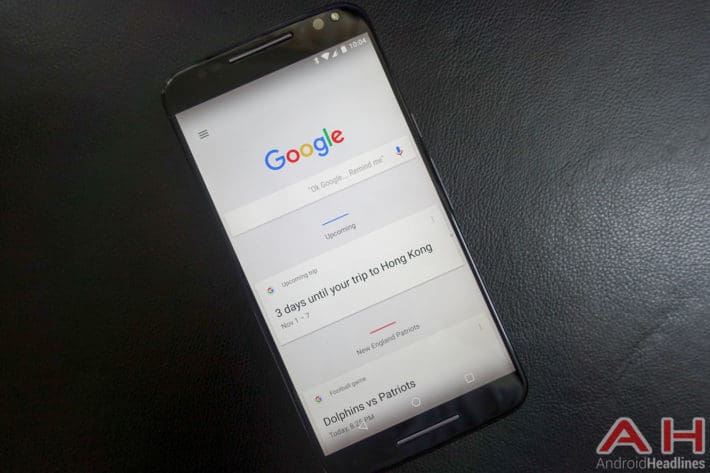 The Google App is adding a Google Assistant reset command so that users can wipe the slate clean on their unique identifiers for services that are linked to Google Assistant. This is a function that was found referenced within the code to the most recent version of the Google App Beta, which at this point in time is version 6.11. At this point in time the feature is not yet available, but code within the APK suggests that it's coming, there's just no detail yet on when exactly Google will be making the feature a functional option for users. That being said, once it does go live, it's likely to hit the beta version of the app first before Google rolls it out to the stable version.

Aside from the ability to reset your unique identifiers for Google Assistant, the Google App also looks to be adding in a new option to disable the live transcription for user voice commands when speaking to the app as there were references found that mention an ability to turn off embedded transcriptions, although it's not yet confirmed that disabling these will result in the live transcriptions disappearing from the screen. Search gestures now appears to be referred to as swipe to search which suggests that at some point in the future Google is going to make it possible to search for stuff simply by swiping up or down on the homescreen, although the swipe wouldn't actually initiate your search query but rather act as a shortcut to search.

While this won't necessarily be as useful for anyone who already has the Search widget on the homescreen, anyone who does not could find this to be a simpler method for getting to the search interface once this capability goes live. Although most of these changes to the Google App aren't actually available for users to interact with just yet, there is one new feature which is accessible right now, and that's the ability to change your search region should you have a need to base your searches around a different country so that you get more relevant information, like finding cafes in a place where you'll be traveling to for example. Getting to this can be done from the settings screen within the app. If you're looking to get your hands on the latest version of the Google App Beta you can grab it from the button down below.

Advertisement
Download Google App Beta v6.11 APK (arm) (no dpi)
Advertisement
Trusted By Millions
Independent, Expert Android News You Can Trust, Since 2010
Publishing More Android Than Anyone Else
25
Today
144
This Week
399
This Month
5143
This Year
106618
All Time
Advertisement