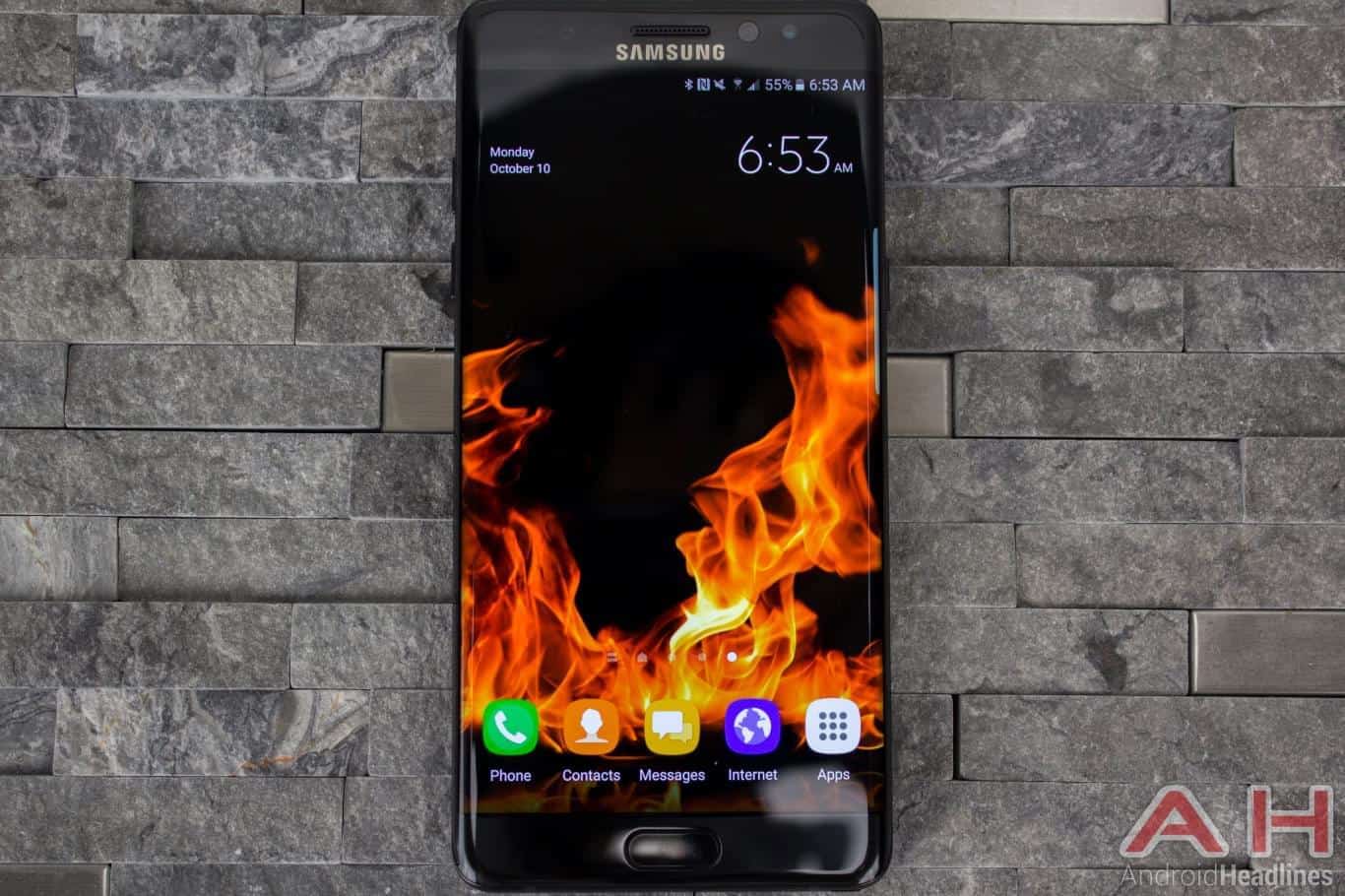 Elliot Kay, the chairman of the U.S. government agency the Consumer Product Safety Commission (CPSC), has issued a statement explaining how he wants lithium-ion safety standards to be “modernized.” This statement follows on from the problems Samsung experienced with their late 2016 flagship device, the Samsung Galaxy Note 7, which was spontaneously catching fire. Samsung have since confirmed that the battery issue by the Galaxy Note 7 actually consisted of two issues depending on the model in question, as the originally recalled device had one issue but the replacement device had another. The Consumer Product Safety Commission is said to have “reached an agreement” with Samsung for the company to voluntarily recall the Galaxy Note 7 back in early September 2016, following the initial reports that the device was catching fire. Kaye continued to explain that most recalls have what he described as a “dangerously low” consumer response, but to date 97% of the Samsung Galaxy Note 7 device has been returned for recycling. Presumably the notoriety that the device gained, from being publicly ridiculed to being specifically mentioned as banned on flights, helped matters here.

Kaye continued with “Consumers should never have to worry that a battery-powered device might put them, their family or their property at risk” and has asked the industry to learn from the experience and place additional safeguards into the design and manufacturing stages of a new battery build. Kaye wishes for the industry to be able to continue to use lithium ion batteries to “deliver their benefits without the serious safety risks.” The inherent problem with lithium ion batteries is that the metal lithium is volatile unless carefully protected, which is the reason why manufacturers recommend batteries are not punctured, bent, or disposed via fire: the lithium could explode or at least catch fire.

It remains to be seen how the battery industry move forward from this point. Lithium-ion batteries are commonplace in smartphones, tablets and laptops, offering a greater capacity by mass and size compared with other power technologies. Lithium ion also does not suffer from a memory effect, which older battery types did, but the battery requires expensive and rare materials for its production as well as the safety implications. Battery technology has progressed, with several alternative means of powering our mobile electronic devices being suggested, plus refinements to the existing technology such as introducing different fast charging techniques, but the industry is likely to be reliant on lithium ion technology for some considerable time yet.