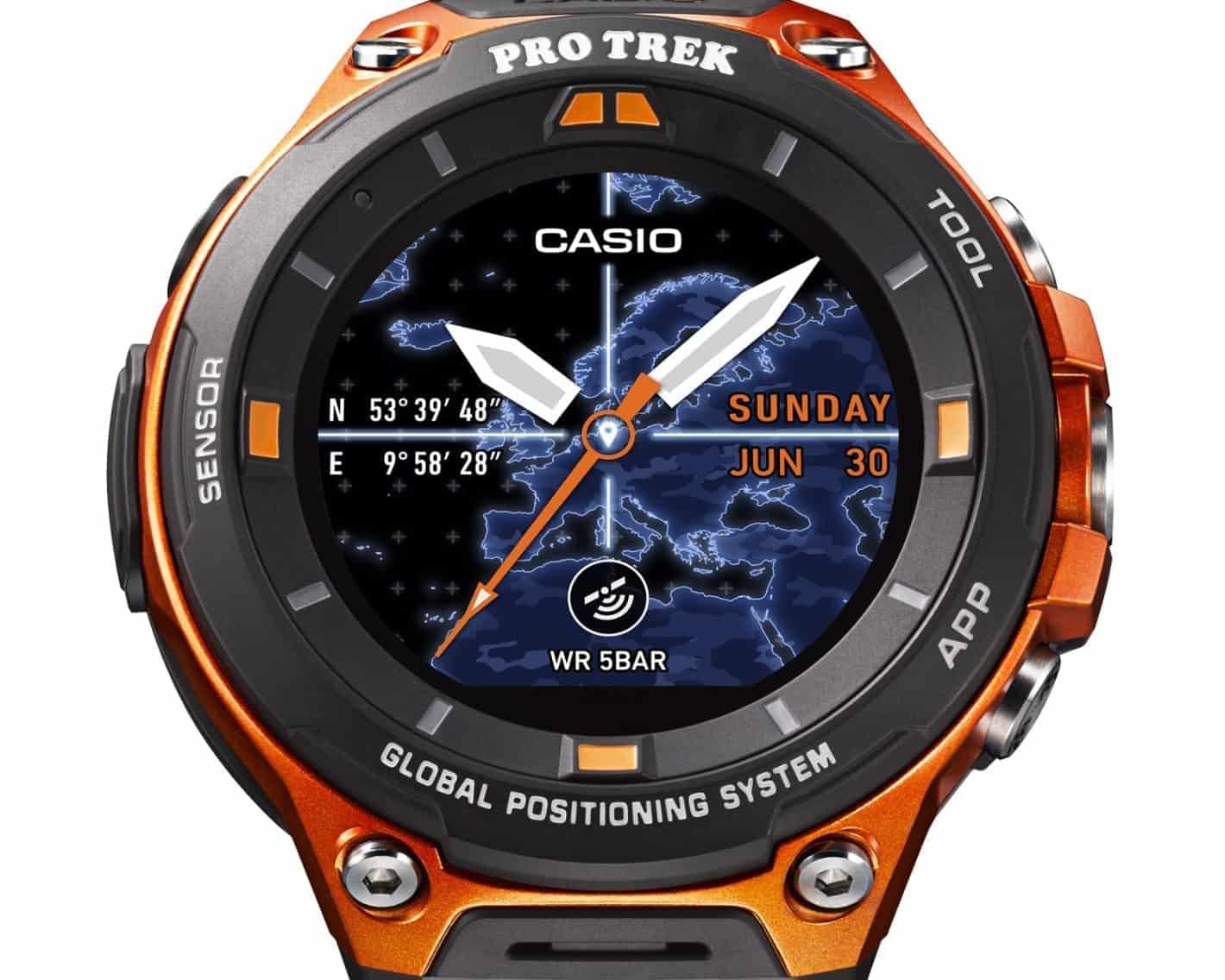 Last year, Japanese consumer electronics manufacturer Casio joined the smartwatch market with the release of the WSD-F10: a rugged smartwatch powered by Android Wear, featuring a round dial and circular display. More recently at CES 2017, the company took the veil off a new smartwatch in the series, called the Casio Pro Trek WSD-F20. It’s a direct descendent of the WSD-F10 launched in 2016, and as any sequel, the new model shows improvements in several areas.

To begin with, the new Casio Pro Trek WSD-F20 takes advantage of on-board GPS functionality thanks to the addition of a low-power GPS sensor, giving the watch the ability to track additional types of fitness activities and adding support for color maps, both online and offline. Map data is acquired from Mapbox – the same mapping platform used by applications including Pinterest and Foursquare – and Casio promises a “richly designed and easy to read” interface. Furthermore and not unlike last year’s WSD-F10, the new Casio Pro Trek WSD-F20 presents a rugged exterior and an industrial design, along with a new “anti-fouling coating” on the touchscreen to prevent fingerprint marks. The new model will operate under Google’s upcoming wearable operating system Android Wear 2.0 and the user interface will accommodate two additional watch faces, namely “Location” and “Travel”. Both faces make use of GPS data and give users the option to launch applications directly from the watch face. Interestingly enough, the watch features a dual-layer display that allows for two very different experiences, as users can switch between Android Wear and a monochrome clock mode at any time, but sadly the “flat tire” display is still present. Either way, the watch accommodates three physical buttons on the right-hand side of the circular dial, which can be used to gain information collected by a variety of sensors including a barometer, a compass, and an altimeter. Overall, the watch can track a fairly wide number of activity types such as winter and water sports (thanks to a water resistance rating of up to 50 meters), cycling, trekking, and even fishing.

The Casio Pro Trek WSD-F20 will be available for purchase on April 21, but as yet pricing details remain unknown. Nevertheless, it’s worth reminding that last year’s model was priced around $500, and it’s likely that the newer model will fall in the same range.