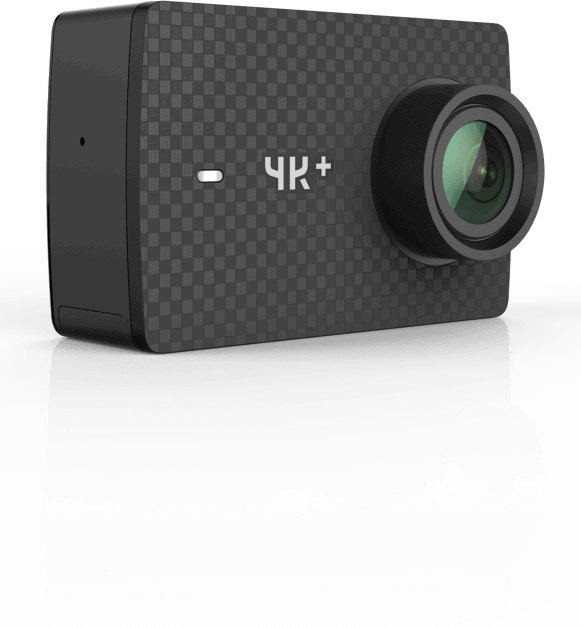 YI Technology is a Chinese company which specializes in the creating and manufacturing of cameras, which range from home security cameras, to action cameras, and even a mirrorless camera. The company is usually associated with Xiaomi, but YI Technology actually happens to be a startup which Xiaomi invested in a few years back, and YI products are sold under the Xiaomi branding. At CES 2017, both Xiaomi and YI Technology debuted products at the convention, with the former launching three products, and the latter having launched its new action camera, which came in the form of the YI 4K+ Action Camera.

When it comes to specs, the YI 4K+ is packed to the brim with high-end features, which includes a Sony IMX377 sensor which is a 12-megapixel CMOS image sensor with Exmor R. On top of that, it is the first camera to pack the Ambarella H2 System-on-Chip, which YI says is the first 14nm video processing chipset, and it also consumes lower power, compared to its predecessor, the Ambarella 9SE System-on-Chip. Another firsts is the fact that the latest offering from YI is able to record 4K videos at 60 fps, something which hasn't been achieved even by likes of GoPro. The action camera comes with Electronic Image Stabilization (EIS) as well, and it supports 4K video shot at 30fps. On top of that, the YI 4K+ gives users the ability to snap pictures in RAW format, allowing you to edit the image as you please later on.

YI 4K+ comes with support for USB 3.0 and with a fully reversible USB Type-C connector, which will allow you to transfer data and charge the 1,400 mAh battery. Voice command is also available on this action camera and the firm has mentioned that it has been improved for outdoor usage. Like the original YI 4K, this action camera is able to shoot in many different modes, including time lapse, slow motion, burst shots, loop record, and many others. If you currently own the older YI 4K and are planning to upgrade to the latest one, but have invested in accessories for the former, fret not as the dimensions are the same, meaning accessories will work on both cameras. As for pricing and availability, the device will likely cost between $300 – $350 considering that its predecessor was originally $250, but has since received a price cut and is retailing for $200. However, this is not an official figure, as the retail price hasn't been announced by YI yet. The action camera will likely be available in the US since the product page is live on the YI US website.