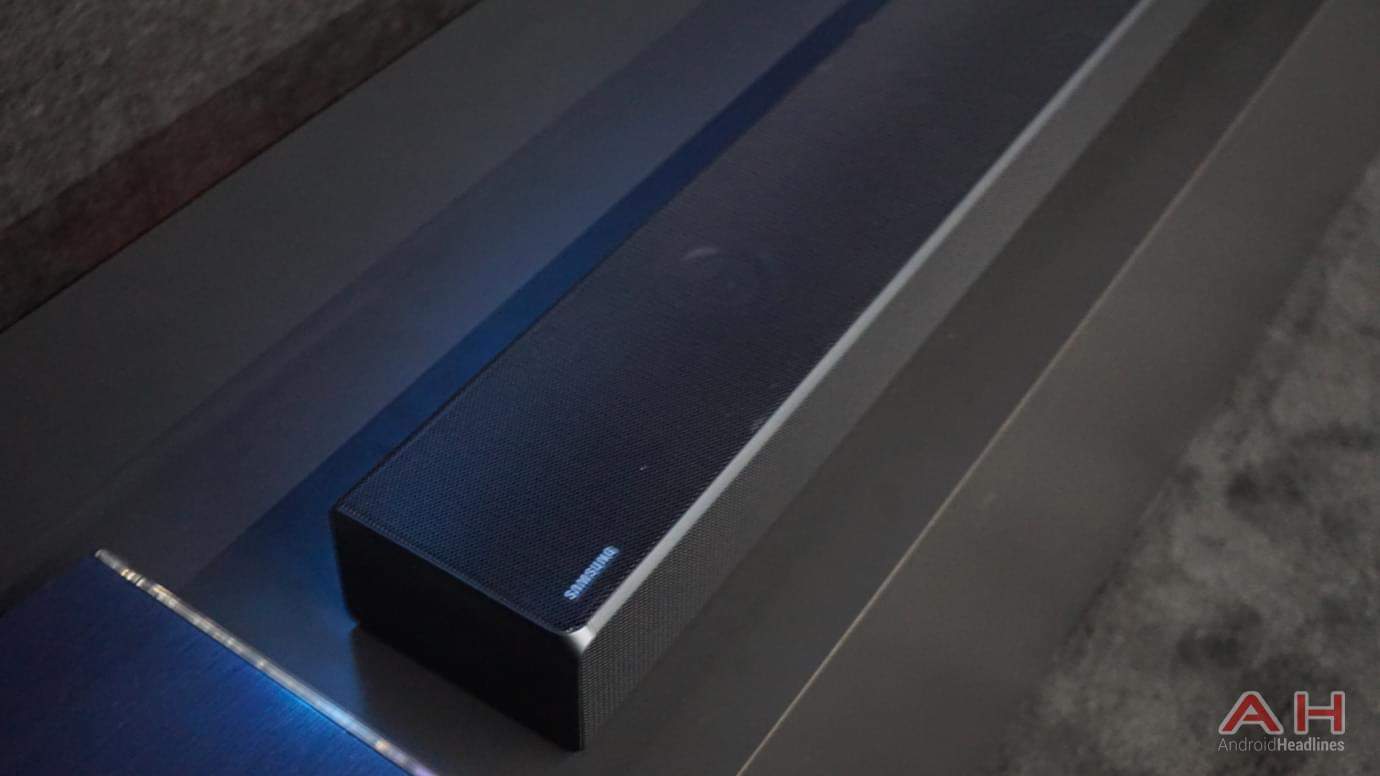 Samsung has had quite a few products to show off at CES so far this week, not the least of which were two of its new audio products – the H7 Wireless Speaker and the MS750 Soundbar. While both of these speakers offer some great sound quality and they both have much to offer, they also both offer a bit of uniqueness in the target market they're aimed at, although both would fit quite nicely together.

For those who prefer one or the other, it really all depends on what you might want out of your audio setup. The MS750 Soundbar compliments your audio experience for TVs and the rest of your home entertainment equipment, complete with its built-in subwoofer, while the H7 Wireless Speaker is really more equipped to be a standalone audio device that you could use for streaming music from services like Spotify and others as well as stream music from your smartphone's local playlists, although it does also come with a subwoofer integrated into it. This is further emphasized by the LCD display on the top of the speaker as well as the wheels on top on either side of the display which can be used for managing the volume and selecting playlists or streaming services to play music from.

Although carrying mostly different features, both the H7 Wireless Speaker as well as the MS750 Soundbar are equipped with Samsung's newly developed UHQ 32-bit audio technology, which Samsung created to help upscale the audio for a more crisp and clear sound. Both of these audio products were initially announced at the end of last December with Samsung officially showing these off in person for the first time here at CES, but Samsung has yet to mention any actual price points for either speaker and they have not yet mentioned when either speaker will be available or which regions they to launch them in. Both speakers feature use of metal for parts of the body design, although the H7 Wireless Speaker appears more inspired by the retro style of older hi-fi speaker setups, while the MS750 Soundbar has a much more modern look to it. If you've already seen both of these speakers close up through the image galleries, make sure check out our video below to see each speaker in action and see how they function.