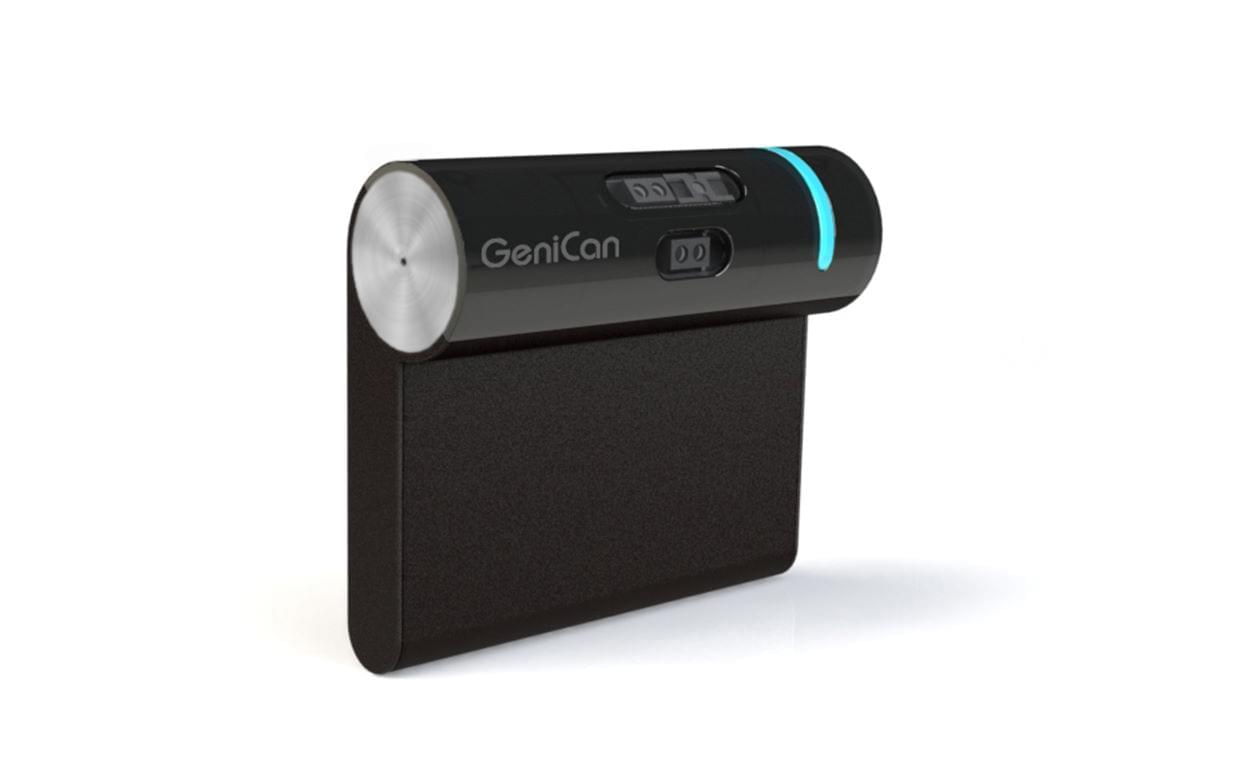 GeniCan is a new product that has been announced at CES 2017 and is one which looks to address an age-old problem in a very modern way. Namely, by helping to keep your grocery list updated when you throw your garbage away. GeniCan is a small Wi-Fi enabled device and one which can be attached to a variety of garbage cans and recycling bins. Once in place and active, a user simply scans an item with GeniCan before throwing the item in the bin. After scanning, a note is made that the item has ran out and it is added to your grocery list. In fact, GeniCan has announced a partnership with Amazon’s Dash service, which means that any items you do order through Amazon Dash can immediately be re-ordered once the product has been scanned. Instead of simply being added to your shopping list, the item is automatically ordered and a replacement is on its way.

Of course, much of the technology in use here relies on the product having a barcode to begin with. As that is the element which is scanned and registered. However, GeniCan also comes equipped with various sensors and a voice recognition feature. Which when combined allow GeniCan to essentially scan the item, detect it and add it to your shopping list, irrespective of whether the item has a barcode or not. Both methods do require the item to be held in place for a couple of seconds as this is how the GeniCan will register whether or not you want to re-order an item. Those items which are simply thrown in the garbage can without being held in place will not be registered by GeniCan – basically allowing the garbage can to remain a garbage can.

As you might expect, GeniCan works in conjunction with a corresponding smartphone app and is compatible with both iOS and Android. The app is the brains of the outfit and is largely where the stored data resides. As such, with GeniCan, the idea is that the user no longer needs to make use of manual shopping lists or even shopping list apps. The app stores all the information on the products that have been (held in place and then) thrown away. Therefore, each time your throw something in the bin, the app is updated and you have access to that shopping list each time you visit the store. For those interested, GeniCan is now available to pre-order and is currently priced at $124.99. Which is a special pre-order price, as it is due to go on sale at a standard retail cost of $149.99 after the pre-order period. While there are no firm dates on when pre-orders will be fulfilled, deliveries are expected to begin in early 2017 and GeniCan can be purchased in either a red, white or blue color – presumably to match the color of your garbage can.

Advertisement
Pre-order GeniCan
Advertisement
Trusted By Millions
Independent, Expert Android News You Can Trust, Since 2010
Publishing More Android Than Anyone Else
28
Today
236
This Week
237
This Month
4982
This Year
106457
All Time
Advertisement