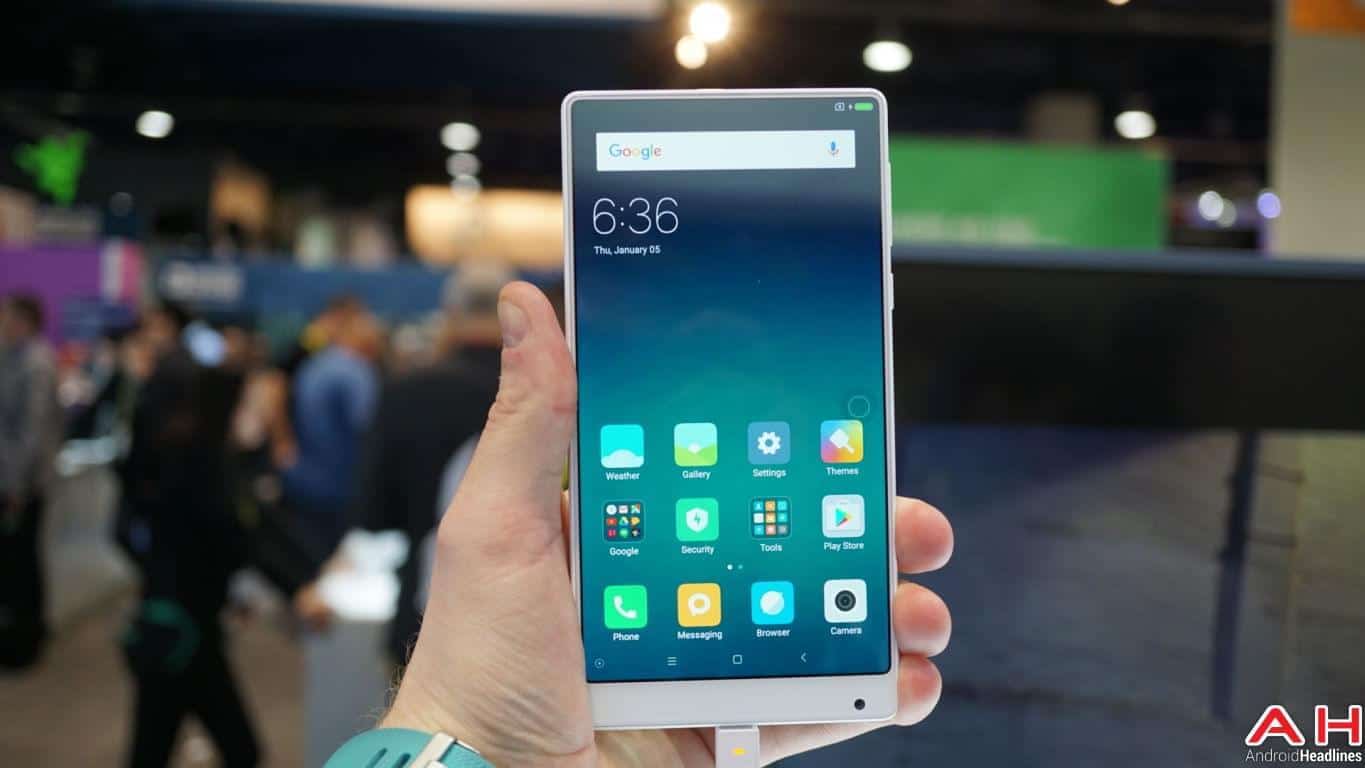 Xiaomi held their press event today at CES 2017 and among the things announced, was a new smartphone. Although technically speaking, this is not a new smartphone at all. What it is, is a new color flavor of the popular Xiaomi Mi MIX. It had been rumored for some time that Xiaomi was planning on unveiling a new white colored Mi MIX and that is exactly what was showcased today during the press event. For those unfamiliar with the Mi MIX, while it does come packing some fairly decent specs, the big selling point is the almost complete lack of bezels. That is, lack of a top bezel as well as the side bezels. Which largely means that this is a smartphone that is just about as much screen as you can get.

Besides the color change though, it does seem that not a lot else has changed, as underneath this is still the same smartphone as the previous model. Which means that in terms of the of the numbers, the white Mi MIX is a smartphone which comes equipped with a 6.4-inch display, that employs a 2040 x 1080 resolution. Inside, you can expect to find 4GB RAM and 128GB internal storage, while the processor powering everything is the Qualcomm Snapdragon 821 along with an Adreno 530 GPU. In terms of cameras, you will find a 16-megapixel camera on the back, which is neatly coupled with a 5-megapixel front-facing camera. Additional features include a 4,400 mAh battery and USB Type-C connectivity.

In spite of Xiaomi showcasing the white version of the Mi MIX at CES 2017, there was actually no mention of when, or if, it will become available to buy in the US. In fact, there were not really any details announced at all when it came to pricing and availability. So whether this version does hit the market at the same price as the normal version did, currently remains to be seen. Although, as the normal version is a fairly pricey smartphone to begin with, it stands to reason that it is unlikely to be much higher than the previous version, if higher at all. If you would like to check out the white Mi MIX in more detail, take a look at the images below.