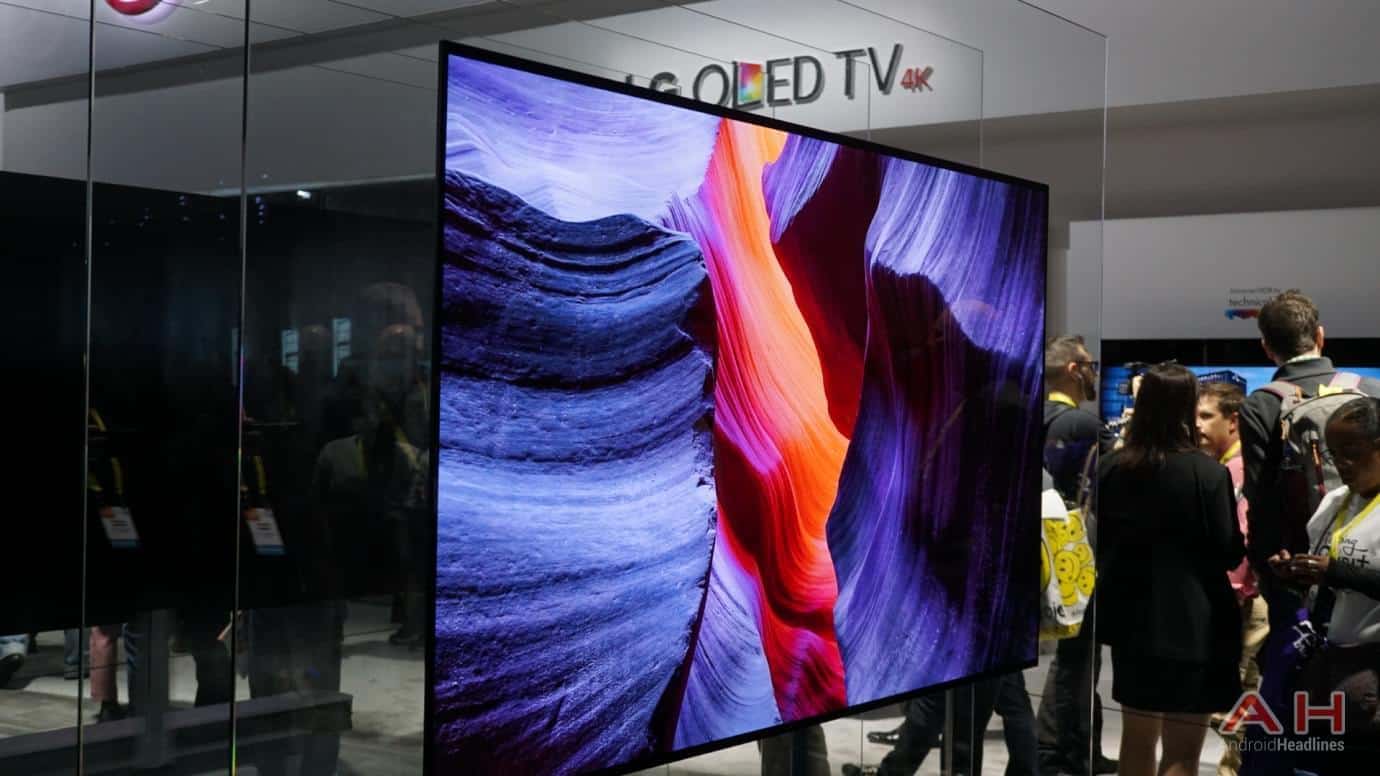 LG is no stranger to TVs. They've been making them for a while just like many of the other top consumer electronics brands and they have a range of new TV sets to show off at CES this year just like other brands such as Sony, as well as TCL who have actually announced a large amount of new TVs for 2017. When it comes to LG, one of their most anticipated is the new W7 OLED TVs which we were able to get a little hands-on time with for a closer look at what is easily one of the thinnest consumer facing TVs that will end up hitting the market in the near future.

LG will be launching the W7 line in a couple of different sizes that include a 65-inch model and a larger 77-inch model if you need or prefer something quite a bit bigger. While LG has spent much time improving and perfecting the OLED technology they use inside their Television sets, the beauty of the W7 series is its extremely thin design which LG likens to placing a sheet of wallpaper on the wall. They refer to this as a Picture-On-Wall aesthetic because the TV is as thin as a picture (thinner than some really) and it attaches directly to the wall.

There's no traditional wall mounts, no stands to place it on. The LG W7 series OLED TVs are fixed to the wall with a magnetic mounting attachment that allows for not only easy setup, but extremely easy removal too if you simply want to put the TV in a new spot. The TVs also feature wide viewing angles, which, may not necessarily be new but it definitely looks improved here. Both the 65-inch and 77-inch models also feature LG's Active HDR content, which looks at each and every scene of the content you're viewing and analyzes it for the best possible experience with a richness that features some of the most vivid colors and contrasts that you've ever experienced. The picture is of course enhanced even further with Dolby Vision technology, and it also features Dolby Atmos for superior sound. If you're interested in getting a closer look at the W7 series OLED TVs, have a look at the gallery below. This is also one of many new products that LG has showcased at CES this year, which also includes a new smart fridge powered by Alexa, as well as new additions to the TONE series headphone lineup