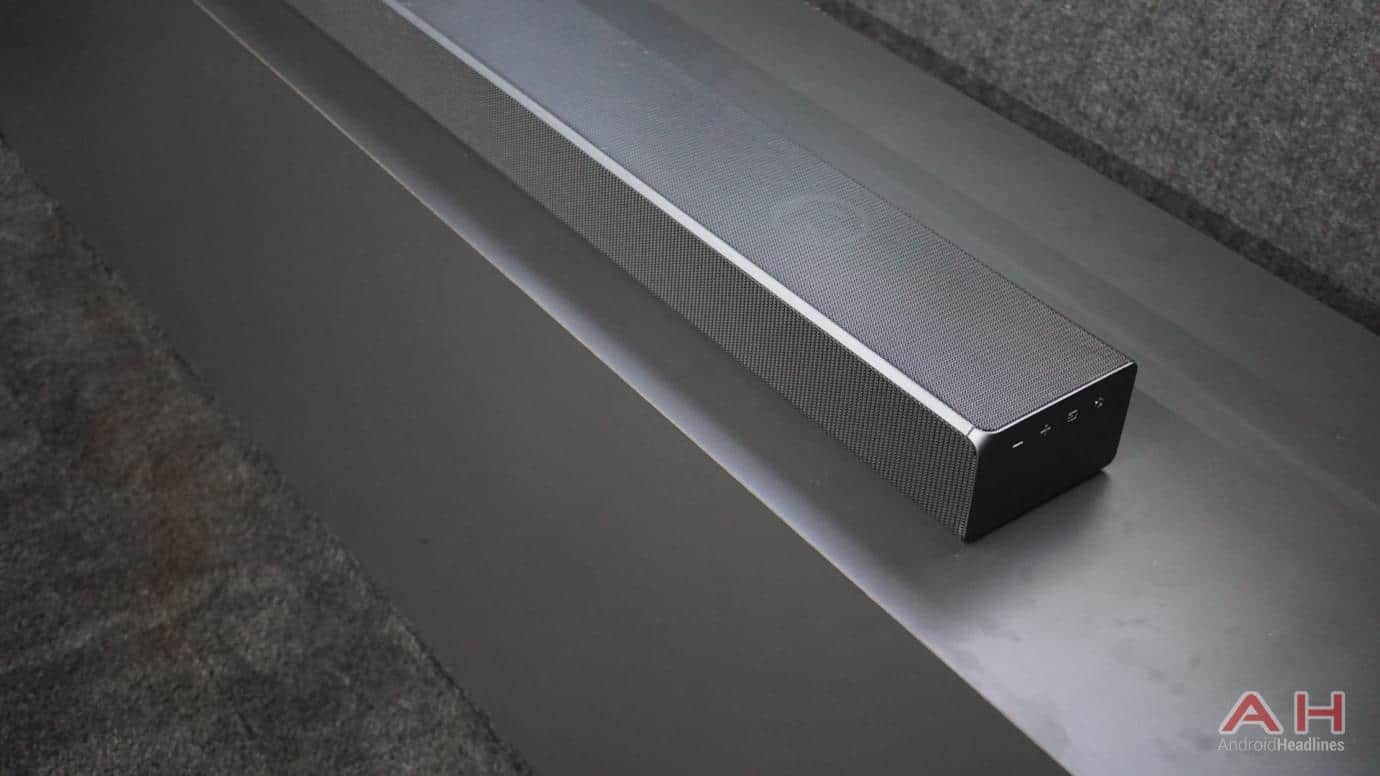 With CES now in full swing in its first official day, were getting to see a whole lot of new products that are just being put on display for the first time. This includes Samsung's new MS750 Soundbar which they actually unveiled back on December 28th. Although this was officially announced before CES, Samsung has the sound bar on display at the trade show and we've been able to get some hands-on time and take a closer look at its design and features.

While this might look like any other soundbar and indeed it does have a very similar look to a lot of other soundbars out there as many of them have a pretty minimalist design, it does come with some unique features compared to past Samsung soundbars, as well as some stuff that sets it apart from soundbars that come from other brands. For starters, this is Samsung's first soundbar with a sub woofer built into it directly, making it so there is no need to connect it to a sub woofer and results in less equipment needing to be hooked up, which makes for a more clean setup if you value the methodology of "less is more" when it comes to the home decor aspect with your electronics.

The MS750 Soundbar also features UHQ (ultra high-quality) 32-bit audio, which should offer up a more crisp sound and an audio experience that is more akin to the original audio recording. Basically, users should be able to expect an excellent audio experience when listening to music, watching TV and movies, or when playing games. While it's possible to manage the volume controls with a remote for this soundbar, there are also volume controls on the side of the sound bar too, so if you're already near the TV or simply can't find the remote and need to turn the volume up or down, you can simply walk up  to it and shift it manually. There also buttons for pausing audio (for songs) as well as a button for powering the sound bar down. If you'd like to take a closer look at the Samsung MS750 Soundbar, be sure to check out the gallery of images.