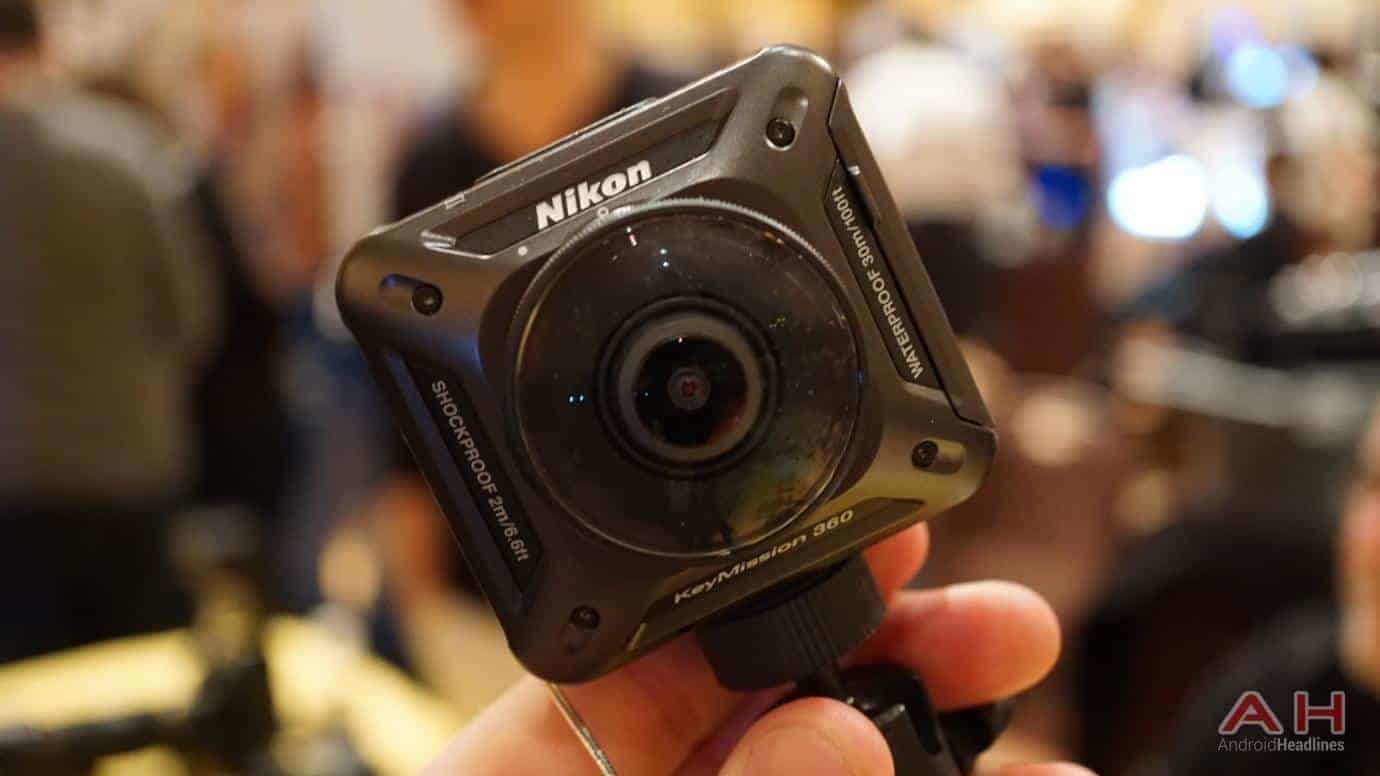 When it comes to cameras Nikon may not be a name you generally associate with devices in the tiny handheld category that have the ability to easily fit in your palm, as they're more commonly known for things like DSLR's and higher-quality point and shoot models. Nikon is a camera company after all though, and they make all kinds of cameras, including this new range of tiny cameras as part of Nikon's KeyMission series. There are three different cameras here in this lineup including the KeyMission 80, the KeyMission 170, and the KeyMission 360, all of which are targeted at consumers who may be wanting a camera with slightly different functionality but also enough portability to either keep them in a pocket or attach them to something they're carrying. Nikon is showing these off at CES this week although they initially announced them last Fall, and we've been able to get some hands-on time with them to check them out. These are Nikon's answer to the action camera market and essentially compete with GoPro and other similar devices.

There are other differences, too. The KeyMission 80 and 170 both have LCD displays, while the KeyMission 360 does not, which means you'll likely need to plug it into a laptop or desktop or connect it to a smartphone companion app to get access to the footage for viewing. The KeyMission 360 seems to be the most high-end, featuring Bluetooth, Wi-Fi, and NFC connectivity as well as 4K video capture, while you won't find 4K video on the other two cameras but they will support NFC, Bluetooth, and Wi-Fi. Storage of course is handled by external cards instead of internal. While there was no set of full specifications available for these cameras yet nor were there any details Nikon had to share on pricing or availability, if you'd like to get a closer look at Nikon's new pocketable KeyMission cameras, make sure to check out the gallery of images below.