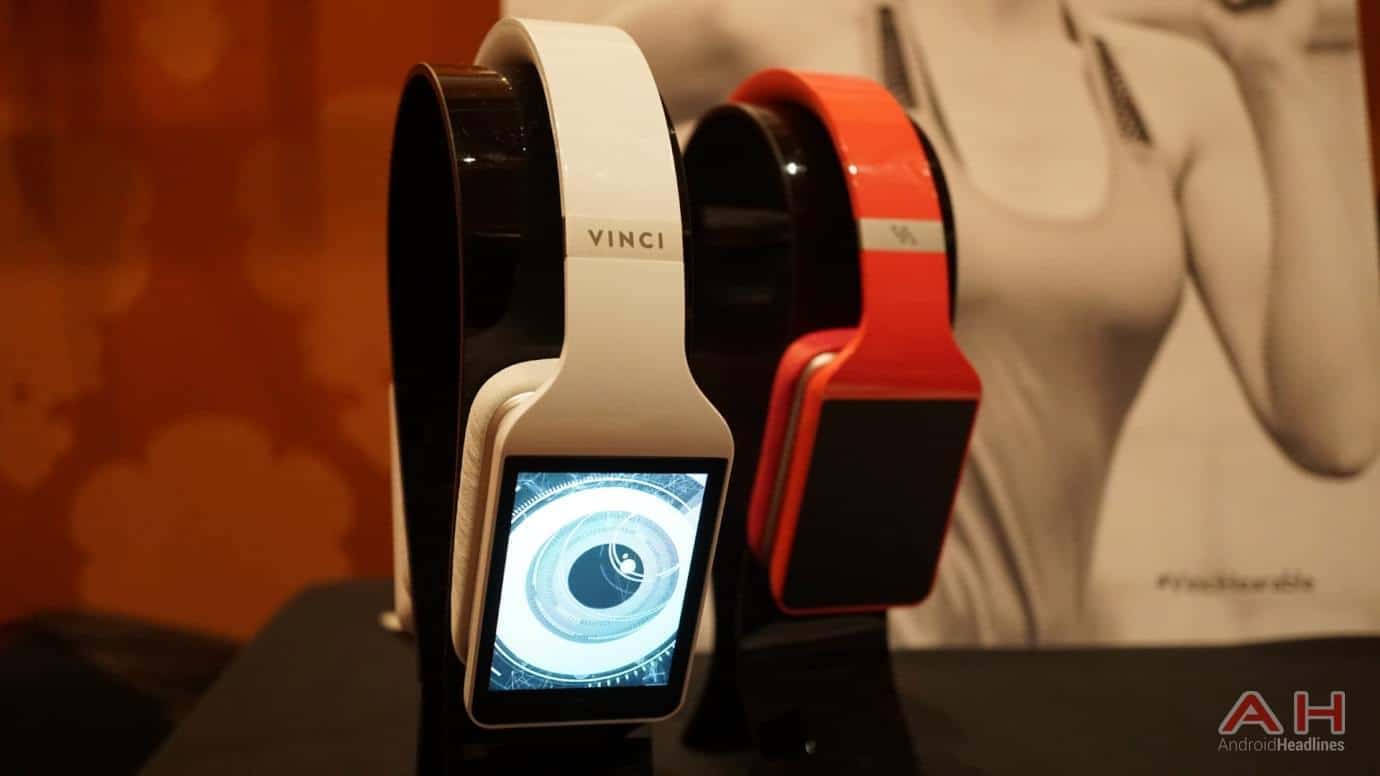 When it comes to most Bluetooth headphones they generally end up being quite similar save for varying degrees in audio quality. Whether they're a good pair of over-the-ear, on-ear, or in-ear types, sound quality is often a key focus, as it should be. This is CES though, and it's 2017 so good sound quality isn't the only thing that companies are looking at anymore. Companies like Inspecto have been showing off the Vinci headphones which are wireless and they are also Bluetooth, but they're also fitted with a display on the side and they're based on artificial intelligence technology, so there's a lot more here than just wireless headphones. We've been able to get some hands-on time with them to check them out and see what they have to offer, and right off the bat they sound promising.

While Bluetooth is a capability here, as they can connect to your phone for data and music, these are on a whole other level compared to other types of wireless headphones. The main draw is that they don't require a smartphone to play your music. They connect to Wi-Fi networks and 3G networks too and have they're own internal storage of 32GB, so you can keep your music right on the headphones themselves if you prefer. Since they also connect to the internet through Wi-Fi and 3G, though, you could simply stream your music too through services like Spotify.

On top of all of that, the Vinci headphones are voice controlled and run on Vinci's own operating system called Vinci OS. They're packed full of sensors and can read things like your heart rate, and if out on a run you can ask it what your average running speed and heart rate is, and it'll kick those answers back to you. It's even loaded with things like binaural sound recording and advanced head tracking features to give you an immersive 3D sound experience, as well as active noise cancelling so you can block out ambient noise or turn it off and let it in, and of course, interacting with the headphones can be done with gestures on the large display that sits on one side. That's also not where the smarts end. The headphones will automatically play music when you put them on, and once you take them off the music pauses so you don't miss a beat. If all of that sounds like a great set of features, it gets even better that they start at a price of $199, which is about what you would pay for just a nice pair of Bluetooth wireless headphones. If you want a closer look at the Vinci headphones, make sure to check out the gallery down below.