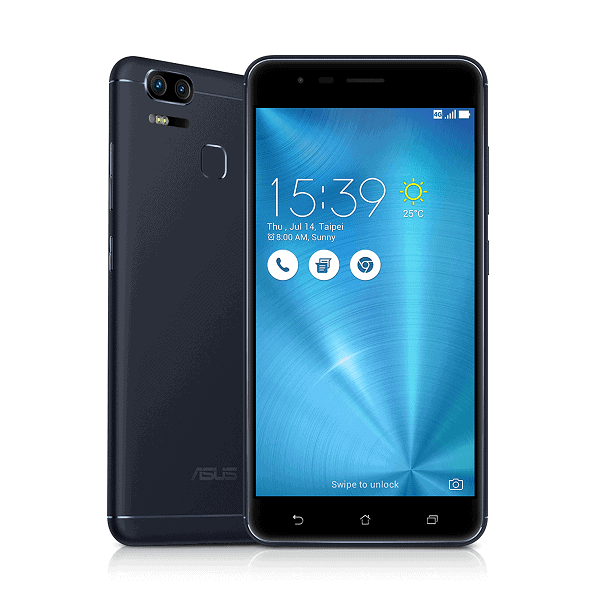 ASUS has unveiled the dual camera ZenFone 3 Zoom, its next device in the ZenFone 3 lineup and a device that is focused on photography as its main feature, although it is worth stating that the device has many other notable features as well. The ZenFone 3 Zoom comes equipped with two rear-facing cameras which include a main 12-megapixel SuperPixel sensor as well as a 12-megapixel optical zoom sensor. The main sensor is a Sony IMX362, and features Dual Pixel Phase Detection Auto Focus as well as LED Flash with 2.4x light sensitivity, and the optical zoom sensor features 2.3x optical zoom (12x total zoom between optical and digital), and a 59mm focal length. ASUS doesn't skimp on the front camera either, as this features a 13-megapixel Sony IMX214 sensor with an f/2.0 aperture and the ability to use the screen as a front flash.

Cameras aside, the ZenFone 3 Zoom carries a FullHD 5.5-inch screen protected by Corning's Gorilla Glass 5, and it has a massive 5,000mAh battery inside so it should have no problems staying powered on throughout the day, no doubt a feature of the phone that ASUS took into account due to the more powerful camera functions. Powering the computing of the ZenFone 3 Zoom is a Qualcomm Snapdragon 625 processor, and all that has been packed into a fairly slim phone sitting at 7.99mm and weighing in at 170g, which ASUS states is the world's thinnest phone with a 5.5-inch screen and a 5,000mAh battery. The phone will also feature a fingerprint sensor on the back, a detail which was already known when the phone passed through the FCC in December of last year.

There are a handful of specifications that haven't been detailed just yet. ASUS for example has not mentioned how much internal storage the phone will have and whether or not it will offer more than one option for storage, and they have yet to detail how much RAM will be in the phone as well as whether or not there will be more options for RAM. They have mentioned that it comes with Android 6.0 Marshmallow on board, and that it will launch next month in February, albeit without a specific date, what regions it will launch in, and what the cost will be for those regions. Like past ASUS ZenFone devices, though, the phone should launch unlocked and be available through a number of online retailers, so chances are that consumers won't have to wait for carrier to announce specific pricing.