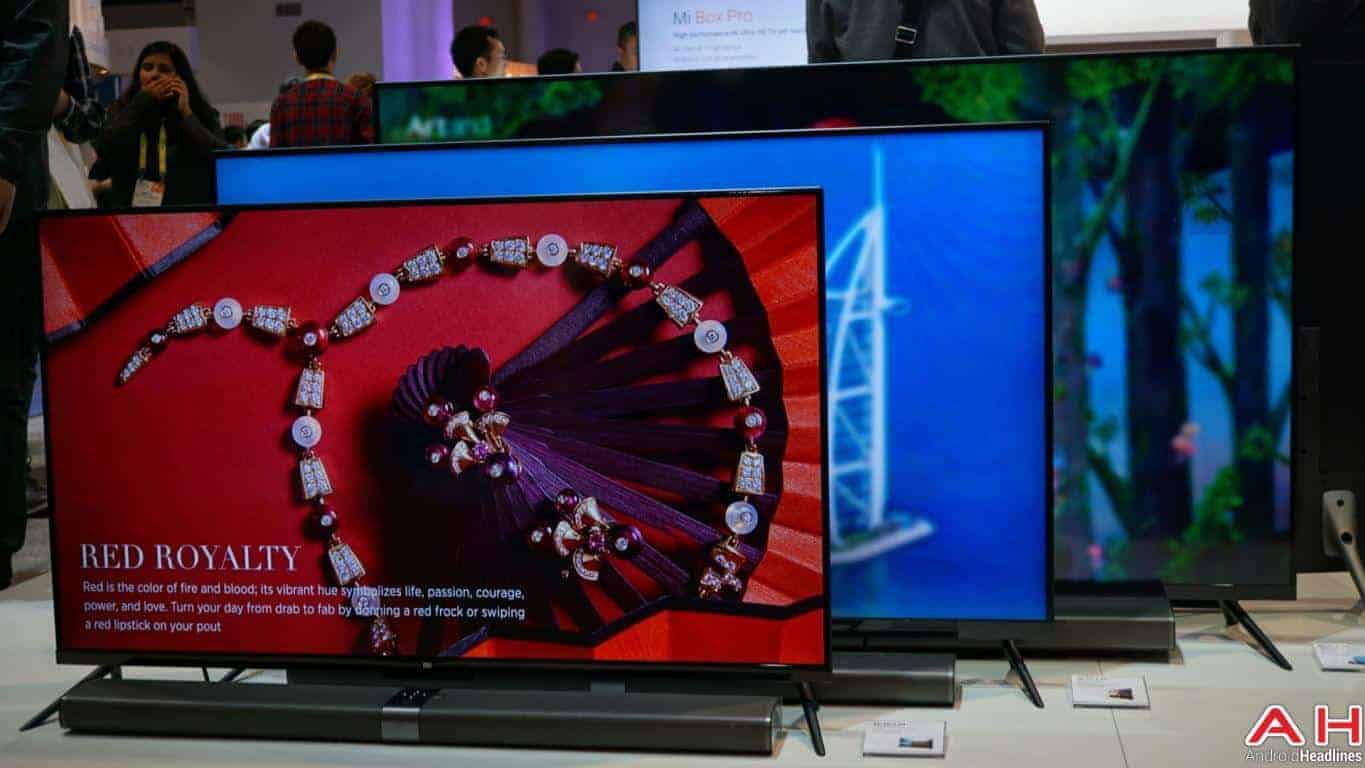 Earlier today at CES 2017, Xiaomi held their press conference and made a number of announcements including the arrival of a new white version of the sleek Xiaomi Mi MIX smartphone. However, their last announcement of the day is likely to be one of the most interesting, as Xiaomi introduced a brand new TV set. Although, this is not any old TV set as the Mi TV 4 is one which packs in a number of features, as well as coming in an ultra-thin size.

The Xiaomi Mi TV 4 is a TV that at its slimmest point, measures only 4.9 mm wide. So those looking for a very thin TV, will want to consider this one. However, the actual thinness is one of its least interesting features. As this is a TV that places a great deal of focus on the viewing experience and especially as this is a TV which is heavily HDR-focused. Although the sound quality is also expected to be pretty good due to the inclusion of support for Dolby Atmos Surround Sound. That is, as well as the Mi TV 4 also coming with a "patch wall" software implementation which aides the Mi TV 4 in understanding more about you. In short, it uses AI to understand your viewing habits and increasingly becomes better at recommending new content for you to watch. If all that was not enough, then this is also a TV which makes use of a modular design approach. The display is able to be separated from the other components which Xiaomi hopes will make it easier for consumers to get their Mi TV 4s repaired/replaced, as and when needed.

Xiaomi kept their guard up when it came to availability and pricing information, so at the moment it is still unclear as to when the Mi TV 4 will become available to buy and for how much. However, Xiaomi did confirm that the largest variant will cost "well under $2,000". Speaking of which, Xiaomi also did confirm that the new Mi TV 4 will be available in three different sizes, consisting of 49-inches, 55-inches and 65-inches. All of which you can see in the image gallery below.