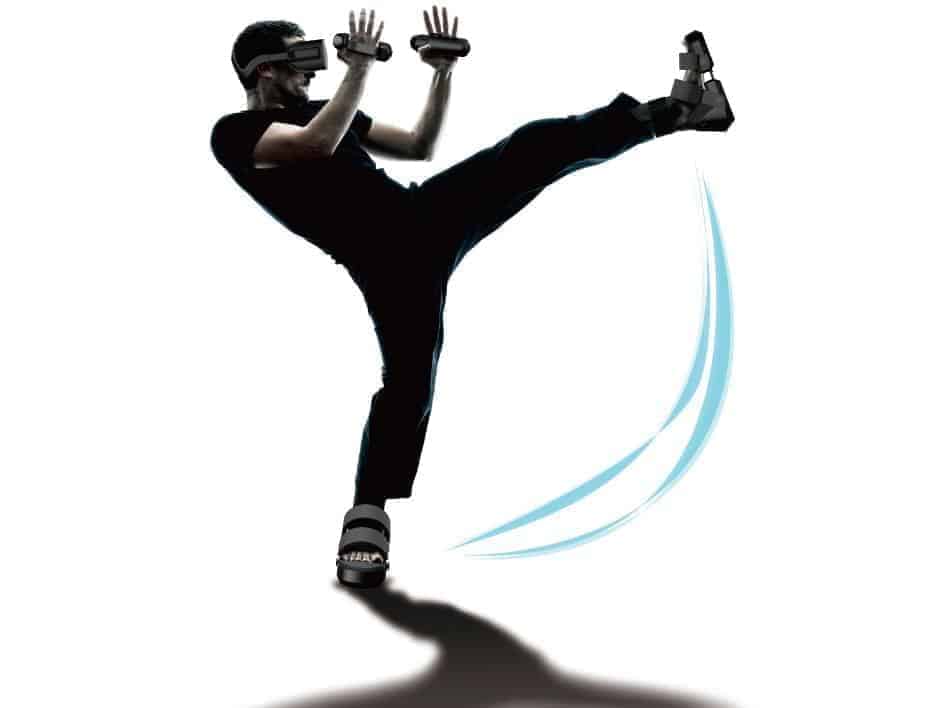 Japanese tech firm Cerevo has designed a gadget meant to bring full-body virtual reality one step closer to leaping off the pages of science fiction and into arcades near you, using a new gadget called Taclim, which leverages tactile and haptic feedback to simulate physical sensations on the hands and feet. The hands grab, interact, gesture, and generally do just about all of the normal physical interaction that humans engage in. The feet, meanwhile, are not only our transit system, but aid in both survival and transport by feeling out variables that could affect our balance or inform us of a situation that needs our attention, like a rumbling floor in a tunnel signaling something coming. Taclim addresses both of these key areas for virtual reality applications by engaging them with realistic tactile feedback.

In order to provide tactile feedback to these two key areas, Taclim comes in four parts. A user gets two strap-on motion controllers for the hands, which deliver vibrations and allow a wide variety of gripping positions. On the feet, meanwhile, two boots that resemble strap-on roller skates that fit over shoes give realistic tactile feedback, while also sensing motion. The accessories' unique designs, built to fit large vibration drivers for precise feedback, were created hand in hand with Nidec Seimitsu Corporation, one of Japan's leading authorities on haptic devices.

Since such a setup would trip users up almost instantly if it were wired, Taclim works wirelessly, and has to use spectrum high enough to carry large amounts of input and output data. This did not stop Cerevo from creating two variants of Taclim; one is made for environments choked with wireless devices, and runs in the sub-gigahertz wireless range in order to avoid interference. The other is for more private use, and uses higher spectrum bands to ferry larger amounts of data, leading to more precise input and output. Bluetooth Low Energy modules are also present on the higher end model, for extra data throughput and ease of use. Given the wide array of wireless devices at CES, the lower-end model is what's at Cerevo's booth. The system will cost somewhere between $1,000 and $1,500 in itself when it hits sometime this fall, making it prohibitively expensive for most casual users.