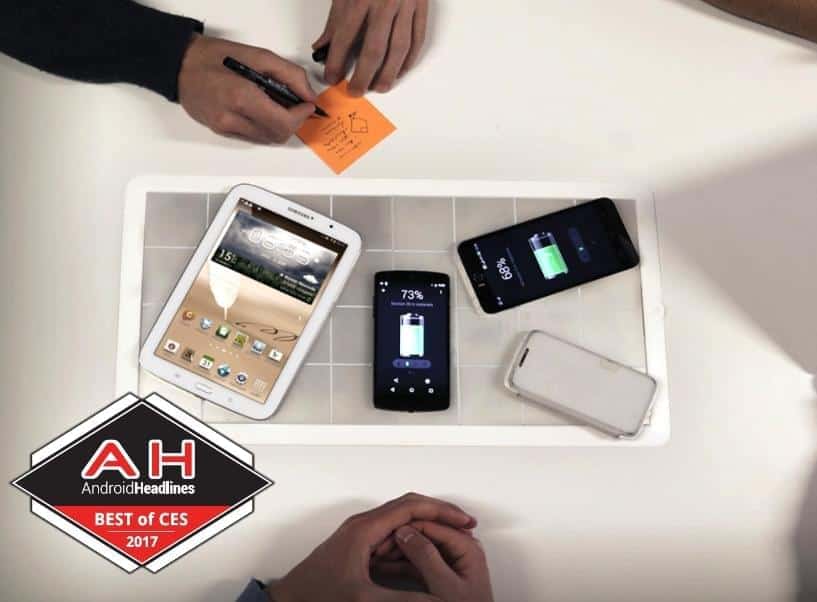 Congratulations energysquare on winning our award for Best Smartphone Accessory of CES 2017.

Not every smartphone has wireless charging (in fact most smartphones these days opt to leave it out), but it appears that with energysquare that could change. energysquare is a new product that was shown off at the Consumer Electronics Show in Las Vegas this past week, which allows you to make any smartphone or tablet capable of wireless charging. It's a simple product, but still revolutionary, which is why it has been given our award for the Best Smartphone Accessory of CES 2017.

The energysquare is basically just a sticker that is connected to the charging port on your device. The sticker sits on the backside of your device and allows you to place the device down on a wireless charging surface and simply charge your device, whether that be a smartphone or a tablet. Currently, energysquare only works with micro USB and USB-C devices, which means it doesn't support iOS devices just yet, although that will likely change in the near future. It's pretty simple to install, and the sticker can even be hidden by slapping a case on your device (depending on the case, however, it may not charge without removing the case). This is the second generation of the energysquare which brings one important addition, and that's a charging port. With the original energysquare, you were not able to charge your device with a cable, but with this newer model, you can do just that. Making it much easier to charge your phone with energysquare or just charge it like you normally would. 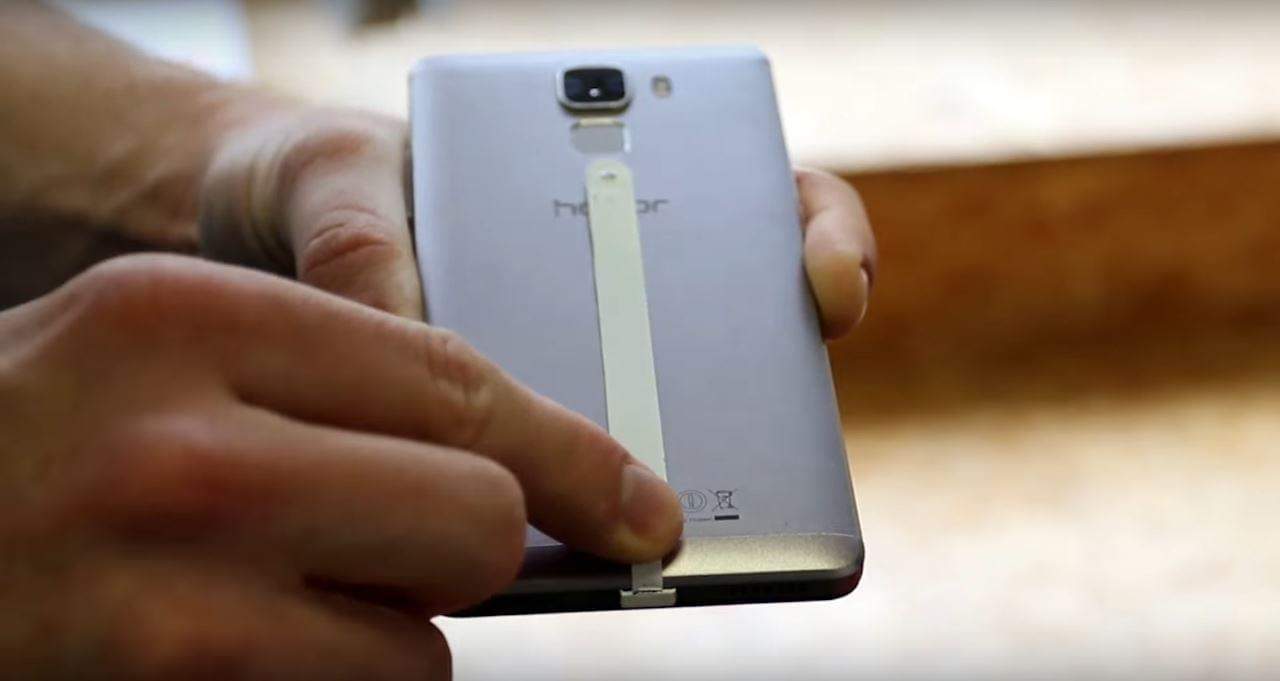 Lately, many devices have been focusing on charging up faster, rather than charging wirelessly, which has left Qi Wireless chargers in the dust. However, energysquare may be just what these Qi Wireless accessories makers needed. As it works with just about any device – that uses a micro USB or USB Type-C connector – and turns it into a wireless charging device. That's a pretty big deal, and for those that prefer wireless charging, this is going to mean that if you are eyeing a new phone (perhaps the ASUS ZenFone AR or Honor 6X both announced at CES 2017), the lack of wireless charging won't be an issue.

energysquare is expecting to release this newer version of their product (which is also called energysquare) by the Spring. So everyone should see it available in the first quarter of the year. This sticker is going to cost you $89.99, so it's not cheap by any means, but this is due to how much work needs to be put into each sticker to get it to charge wirelessly. But also keep in mind that the price is for five wireless charging stickers as well as a pretty large wireless charging pad for you to use to charge all of your devices. So all things considered, it's actually a pretty fair price, and definitely rather innovative, which is why it won our award for "Best Smartphone Accessory" at this year's Consumer Electronics Show.