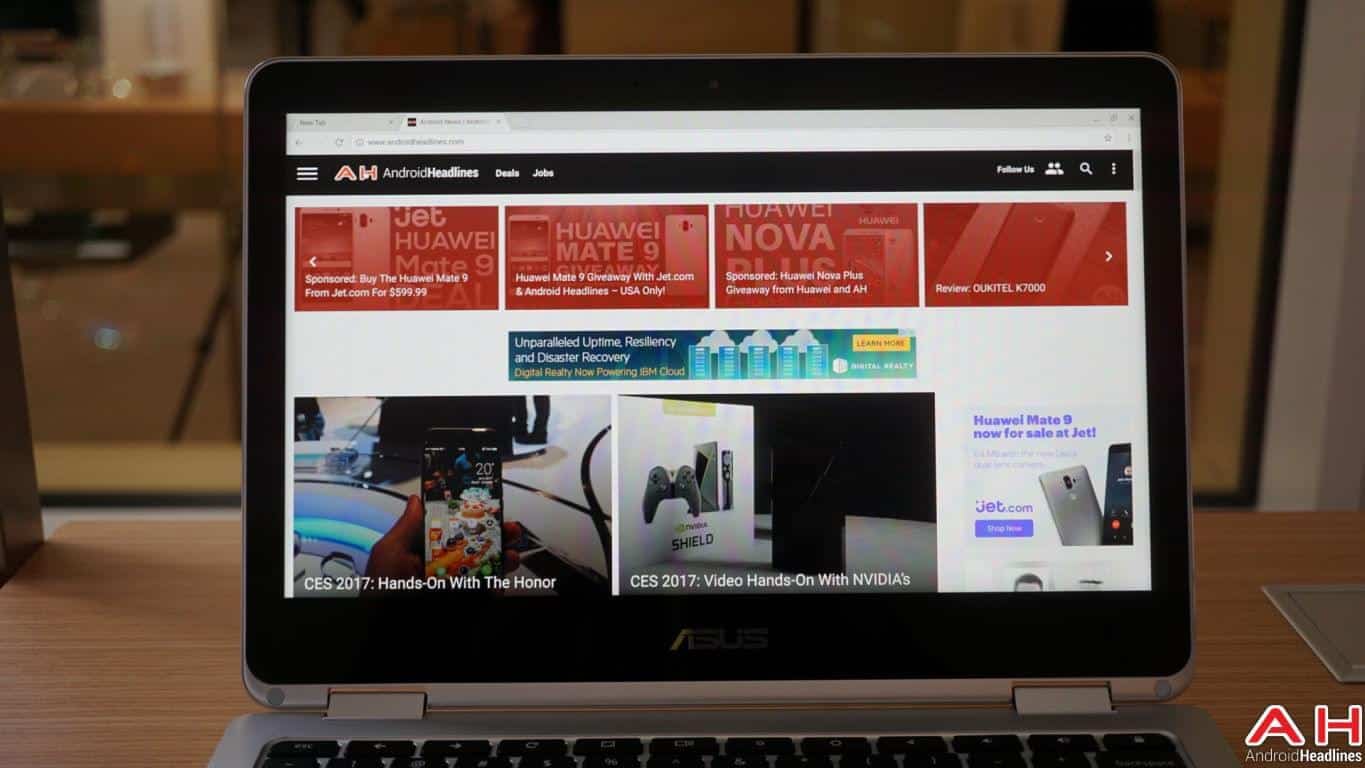 ASUS’ new Chromebook Flip C302, which was unveiled at the start of the year at the Consumer Electronics Show, has appeared on a British company’s website for pre order. A Google+ post from Brent Sullivan that shares two links to a British computer reseller showing the Core m7 model, complete with 64 GB of local storage and the full 8 GB of RAM, for £866. The less powerful Core m3 model, again with 8 GB of RAM, is on pre-order for £670. When ASUS released details about their new Chromebook Flip C302 the company explained that there would be three processors available with the model. One would be based around the Intel Pentium, another around the Intel Core m3 and a third based around the more powerful Intel Core m7 chipset. Each variant carries a different model number, and various configurations are also available such as the amount of local storage (from 32 GB up to 128 GB) and RAM (up to 8 GB). Each model is based around the same 12.5-inch, 1080p resolution display and comes with two USB Type-C ports, and high quality, loud stereo speakers. The model also has the promise of a ten hour battery life, a tough, metal chassis complete with the flip hinge, a backlit keyboard and a brightness sensor for the screen. When ASUS announced the Chromebook Flip C302, prices were set to start at $499, approximately £400. This is presumably for the entry level Pentium-powered model of the range; the upgraded Core m3 and Core m7 models appear to be significantly more expensive.

To date, the Pentium and Core m3 models have been spotted available for pre-order in the United States, with model numbers of C302CA-RHPDT11 and C302CA-DHM4 respectively. Amazon UK is now officially showing the model C302CA-GU010, which is based around the Core m3 chipset, as available for pre-order. However, searching online for any of these model numbers shows a variety of companies offering a variety of ASUS Chromebook Flip models with various specifications – not necessarily matching! It seems that for customers eager to get their hands on ASUS’ new Chromebook Flip model, there is a degree of confusion in the market, which can happen when a new and desirable model is announced, at least until the manufacturer has started shipping units. ASUS have currently not confirmed when the more powerful models are to be made available and until this happens, we are likely to continue to see different pricing and promises of availability.