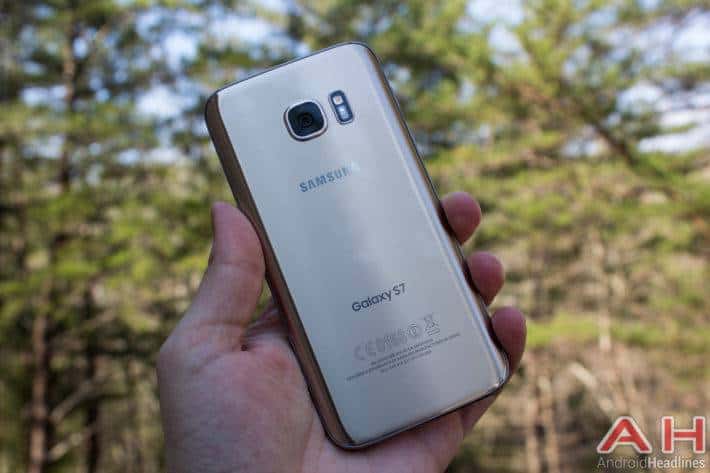 Samsung Galaxy S7 users have been eagerly awaiting their Android 7.0 (Nougat) update, but it seems the day is almost here; Samsung has apparently begun a small-scale rollout of the update to various crops of Galaxy S7 users, which means that the grand rollout will likely begin soon enough, if all goes well. With Samsung's beta program for Android Nougat on the Galaxy S7 and S7 Edge having recently ended, the company said that they were looking at January as a target to get Nougat out to users in its final form. The update that some users are getting bears the build number G935FXXU1DPLR, shows the Android version as 7.0, and brings the January Android security patch with it.

One user who has the update, an XDA Developers forum member by the handle of deathst, dropped a screenshot showing off the details (below), but has not given much other information to the forum. The post popped up in a thread about the beta updates; apparently, deathst was a beta tester, but there is no indication as yet about whether only beta testers are receiving the new update. Samsung ended the beta program and won't be putting out any more Android Nougat beta builds, so this may well be the final build that will go out to everybody, likely in the next few weeks if not the next few days, though people with certain carrier variants of the Galaxy S7 and Galaxy S7 Edge may need to wait a bit longer for their OTA.

The lack of information on who may have gotten the update also means that we don't currently know just how different it may be from the beta builds that have come out thus far. Assuming that the feature set will be largely the same, we're looking at a much cleaner look for TouchWiz, Samsung Pass functionality, and all of the usual stuff that comes with Android Nougat. If you have yet to see the update arrive for you, then it is worth keeping in mind that the update still has not hit a massive number of users, meaning it probably is a small soak test prior to the official rollout.