Android Nougat for the Samsung Galaxy S7 and Galaxy S7 Edge has been in beta testing for several weeks before the beta period came to an end at the beginning of the year, and now it appears that the moment of truth is finally here. The official rollout has begun and Samsung Galaxy S7 & Galaxy S7 Edge owners who have participated in the beta are now invited to update their smartphones to the first public release of Android 7.0 Nougat.

Earlier this week a report was passed along indicating that Samsung is planning to launch Android 7.0 Nougat on the Samsung Galaxy S7 and Galaxy S7 Edge on January 17. However, it appears that the official public build has arrived roughly one week earlier than anticipated, as owners of the said devices have started receiving the official update notification. Then again it should be noted that beta testers seem to have priority over regular users who haven’t participated in the previous so-called soak tests, so it is possible that January 17 may still hold significance for non-beta testers waiting for Android 7.0 Nougat to arrive. As is usually the case, the update is released in phases and availability will continue to expand in the following weeks. It’s also important to note that despite previous expectations and although the software package includes the January 1 security patch, the OS version is indeed Android 7.0 Nougat as opposed to Android 7.1.1 Nougat. Either way, beta testers should be looking forward to downloading a package weighing 215 MB, but it is unclear if non-beta users will have to download a similar or larger package.

As for what users can expect from Android 7.0 Nougat, the update introduces numerous changes to Samsung’s proprietary user interface, and several Samsung applications have also been redrawn to accommodate a cleaner look. Samsung Galaxy S7 and Galaxy S7 Edge owners can look forward to a number of new and/or improved features including more battery life and higher performance, better multitasking along with the inclusion of Multi-Window Mode, and even the ability to change the screen resolution in order to increase or decrease the size of on-screen menu items. Keep an eye on the notification shade where you will be prompted to update your device, or otherwise, you can attempt to trigger the process manually from the phone’s settings menu. 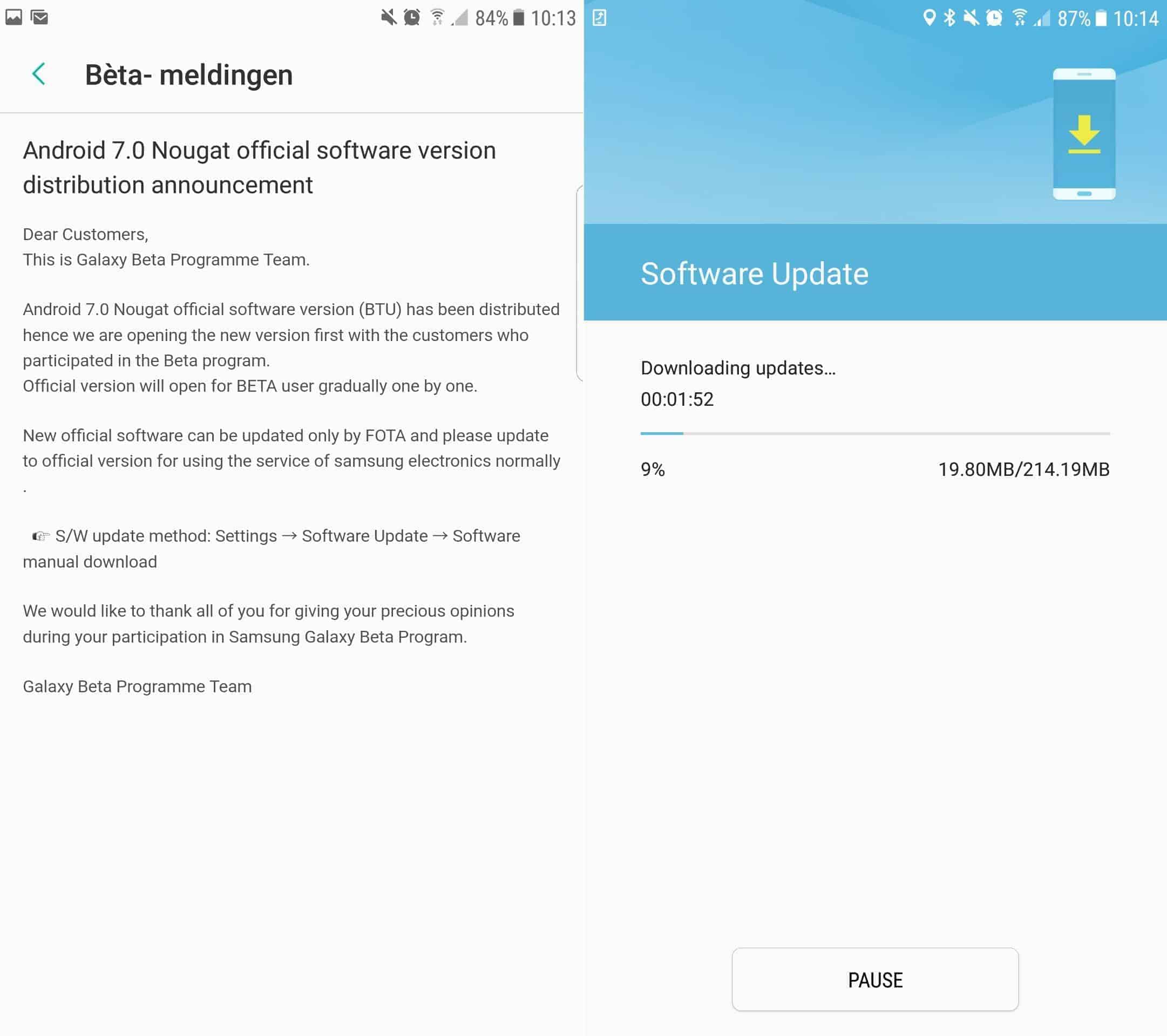