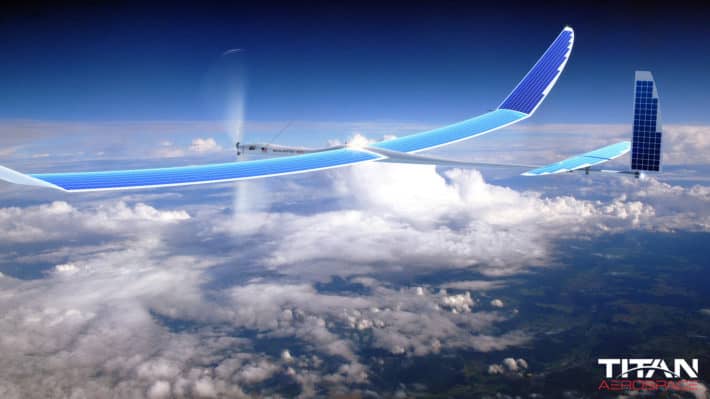 Alphabet's X Division has lost its Titan drone program as the company has reportedly confirmed that they have shut it down recently, and have since told the employees that were part of the program to look for other jobs within Google and Alphabet. All told there were more than 50 engineers that were part of the program who have had to look for other positions within the two companies. Alphabet doesn't seem to have given specific reasons as to why they shut down the Titan drone program, but it's possible that it was due to the problems it encountered during its time at Google, which included a crash in the middle of 2015, and more recent issues from 2016 while at its time in the X Division with a project that involved trying to dispense 5G internet, called Project Skybender.

According to Alphabet, some of the engineers have been moved to other drone projects that are being worked on currently, which includes Project Loon and Project Wing, the former of which revolves around Alphabet's efforts to disperse internet to more remote areas of the globe using high-flying balloons, while the latter has been their work in building delivery drones that would be able to deliver food orders and other such items to consumers, although they have recently hit some snags themselves as they reportedly cancelled their deal with Starbucks as of last November.

While Project Titan may be no more, a spokesperson from the X Division has stated that many of the employees who were working on the Titan drone program are now applying their efforts to Project Loon instead, which as mentioned above does aim to provide a similar type of service. The spokesperson also mentions that Loon is much more economically viable option when it comes to delivering internet from an airborne craft, and that it's also more technically feasible for bringing internet to the more remote parts around the world. Google also seems to be making continued progress with Loon as some of the more recent reports involving the project mention that they used artificial intelligence to keep the balloon afloat above Peru for a 98-day period.