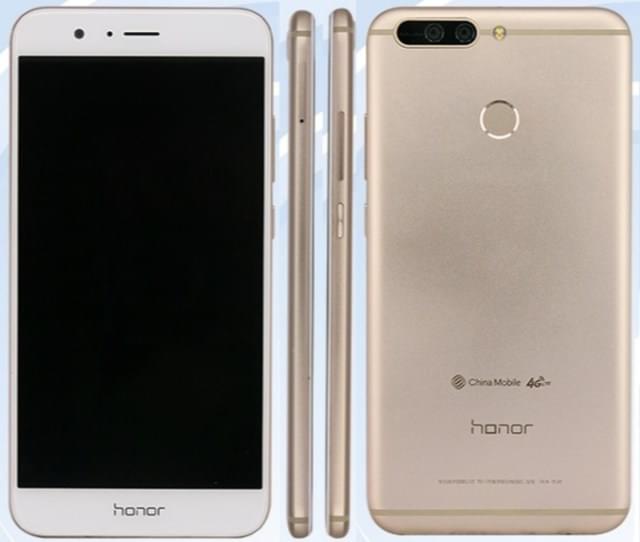 A new Honor-branded smartphone paid a visit to TENAA in China. TENAA is, as many of you know already, China’s equivalent to the FCC, which essentially means that it is an official certification body in China. Well, the newly-certified Honor-branded smartphone carries the codename DUK-TL30, and it comes with a whopping 6GB of RAM. All in all, this seems to be the company’s upcoming flagship phablet, at least based on this listing, read on.

If you take a look at the provided image, you’ll get to see a metal-clad smartphone, which comes with a rear-facing fingerprint scanner and a dual camera setup on its back. Next to the phone’s rear-facing cameras, you’ll notice the LED flash, and the company’s branding is present on the bottom of the phone’s front and back sides. The power / lock and volume rocker keys are located on the right-hand side of this smartphone, and the device’s SIM card tray is played on the left-hand side of the device. The device’s loudspeaker will be located at the very bottom of the phone’s body, and we’re still unsure whether to expect a single speaker, or perhaps two of them. Now, according to TENAA, this is Honor’s upcoming phablet, as it will sport a 5.7-inch QHD (2560 x 1440) display. The phone will also pack in 6GB of RAM and 128GB of expandable internal storage (expandable up to 128GB via a microSD card). The device will be fueled by an octa-core SoC clocked at 2.4GHz, and a 3,900mAh battery will also be a part of this package and it will not be removable.

As already mentioned, this smartphone will include two cameras on the back, and if TENAA is to be believed, we’ll get a 12-megapixel and 2-megapixel snappers on the back, while a single 8-megapixel shooter will be available on the phone’s front side. Android 7.0 Nougat will come pre-installed on the device, and on top of it, you’ll be able to find Huawei’s Emotion UI (EMUI) 5.0 skin. This smartphone will ship with two SIM card slots, the device will measure 157 x 77.5 x 6.97mm, while it will weigh 184 grams. The Honor DUK-TL30 will launch in a Gold color only, according to TENAA, and you can expect it to land soon. Now, all things considered, this could be the Honor V9 handset, a successor to the Honor V8 which was announced last year.