Earlier today a Ghostek case designed for the upcoming Galaxy S8 allegedly leaked, now a second case hints at more design features. The Galaxy S8 is set to be one of the most popular devices that will be released this year, so it’s no surprise that smartphone case manufacturers want to take advantage of this by having a wide range of cases designed around the upcoming flagship. Now, though, this second case hints at a number of design features. Among these is the use of a single rear camera, therefore debunking the rumors of a dual-camera setup. In addition to this, the slot that is situated above the camera hints at the introduction of a dual-LED flash or possibly a laser autofocus. Historically, Samsung has included a single LED and a heart-rate monitor on the rear, but the positioning of the slot seems like it would be an awkward placement for the sensor.

Not all is camera related, though, with the top of the case also featuring a slot along the frame, hinting at the inclusion of an IR blaster. Looking at the lower half of the device, it appears Samsung has rearranged the bottom part of the frame, by moving the USB-C port to the side, instead of centering it. As well as this, towards the other side is the bottom-firing speaker, something that is sure to resemble the speaker featured on the Galaxy S7 line. Lastly, Samsung has also moved the 3.5mm headphone jack, by placing it slightly off center and closer to the speaker. Moving to the side of the frame, Samsung appears to have switched up its button setup by placing both the power and volume buttons on the left side of the device, with the power button now being slightly smaller and sitting slightly lower down the frame. Slightly higher up on the frame are the volume buttons.

Now, as this is not confirmed yet by Samsung there’s no way of knowing if this case is for the Galaxy S8. If it’s compared with the Ghostek case that leaked earlier today, though, there are some differences, specifically the presence of a headphone jack and USB-C port cut out. Either way, with the newly leaked case lining up with the rumors that have been heard surrounding the Galaxy S8, there’s still the possibility that the cases could be fakes or even based on old concepts of the phone. Until the official announcement, though, there’s no way of knowing for sure what Samsung’s next flagship will look like. 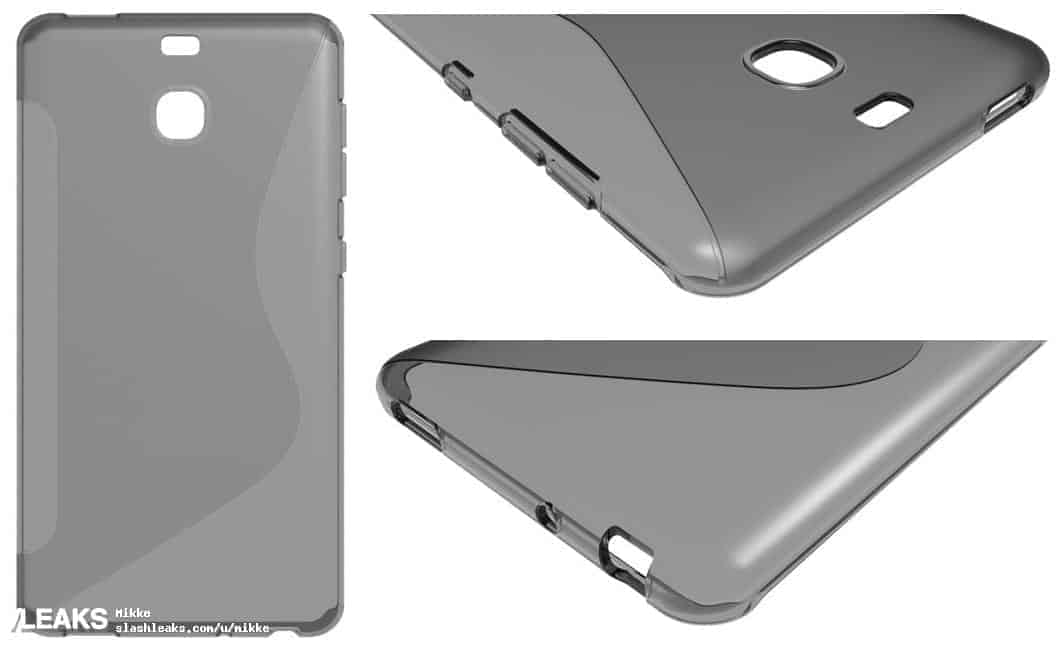