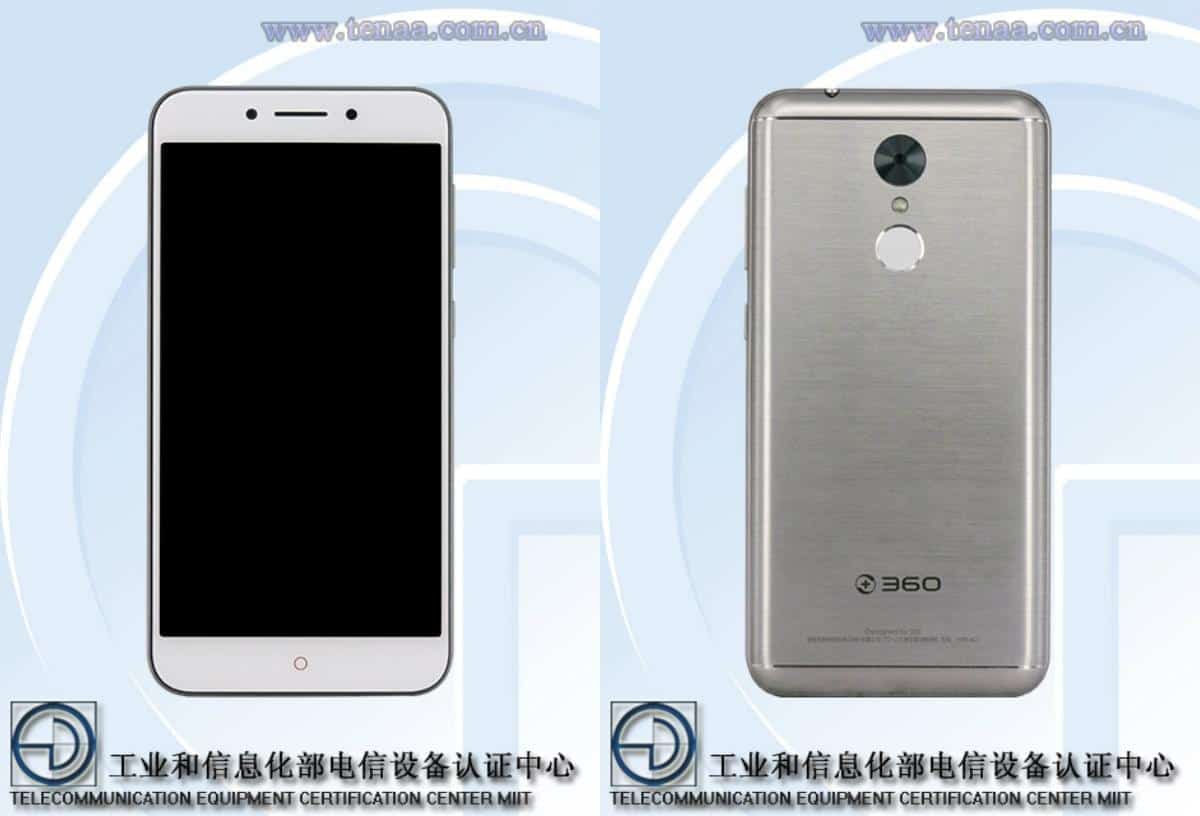 A new smartphone by 360 Mobiles just surfaced on TENAA (China's equivalent to the FCC). The 360 1605-A01 (which is its model number), got certified by TENAA, and it comes with a really compelling set of specs actually. This 360-branded smartphone is made out of metal, and other than its power / lock and volume rocker keys, it has no physical buttons on its body. This phone will belong in the company's 'Q' or 'N' series of smartphones, we're still not sure which one. In any case, let's talk more about this phone, shall we.

The red circle below this phone's display definitely makes the device resemble some Nubia-branded devices. This smartphone also features a rear-facing fingerprint scanner, and in-between the rear-facing camera and a fingerprint scanner, you'll notice that the company has included an LED flash. The SIM card tray is placed on the left-hand side of this smartphone, and judging by TENAA's listing, this phone will be available in Gray, Gold and Black color variants. The device features a 5.5-inch fullHD (1920 x 1080) display, along with a whopping 6GB of RAM and 32GB of expandable internal storage (expandable up to 128GB via a microSD card). This phone is fueled by an octa-core SoC running at 1.8GHz, though we still don't know which chip is this exactly.

On the back of the device, you'll get a 13-megapixel shooter, while an 8-megapixel snapper is placed on the front side of this smartphone. The 3,920mAh battery is included in this package, and that battery will not be removable. The device comes with 4G LTE support, though do keep in mind it will launch in China, so at least for now, it doesn't exactly support 4G LTE all over the globe, at least the model that got certified by TENAA, but that's not that surprising. The device measures 152 x 76 x 8.25mm, while it weighs 156 grams, just in case you were wondering. Android 6.0.1 Marshmallow comes pre-installed on the device, and the company's custom UI will be pre-installed on top of Google's OS. We still don't know when will 360 Mobile unveil this smartphone, but chances are it will land in the coming weeks, stay tuned.