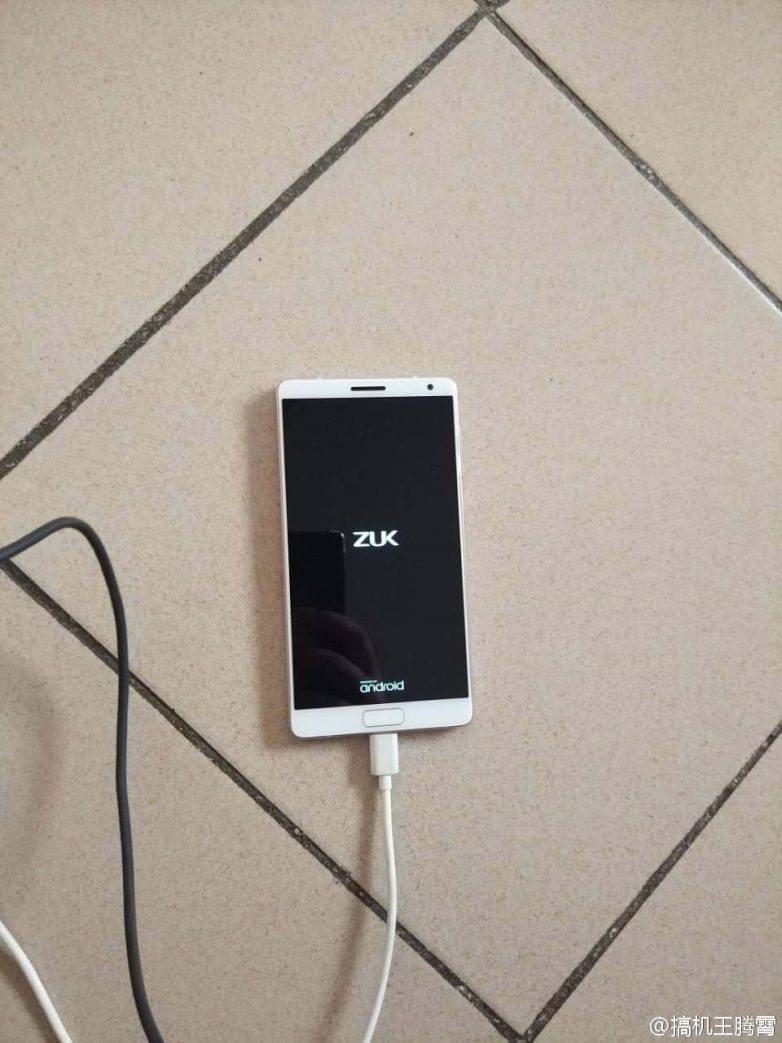 The Lenovo ZUK Edge was supposed to be announced on December 7th, or so we thought. Earlier this month, ZUK released an official teaser for an event on December 7th, but instead of announcing the ZUK Edge flagship, the company had announced some price cuts for some of their existing smartphones, along with some additional news. This means that we’re in the dark when it comes to ZUK Edge’s release date, but something tells us that the phone will land before the end of the year, we did see a ton of leaks and rumors thus far, and the device was certified in China already.

Having that in mind, the device just leaked again. This time around we get to see the ZUK Edge in one new image, and as you can see, the phone will have really thin bezels all around, though do keep in mind that it will also ship with very thin black bars around the display, as earlier leaks suggested. This image gives us a great look at the ZUK Edge, maybe even the best one we’ve seen yet, as we get to see the whole device here. The ZUK Edge will sport a home button below the display, and we presume this is a physical home button which will double as a fingerprint scanner, but nothing has been confirmed just yet. This is the white variant of the ZUK Edge, and the black model will also be available, as we did see it in a couple of images thus far as well. The ZUK Edge is a direct successor to the ZUK Z2 Pro, and it will ship with a really compelling spec sheet.

The ZUK Edge will sport a 5.5-inch fullHD (1920 x 1080) display, 4GB / 6GB of RAM and 32GB / 64GB / 128GB of native storage. Qualcomm’s Snapdragon 821 64-bit quad-core processor will fuel this smartphone, along with the Adreno 530 GPU. The 13-megapixel snapper will be placed on the back of this smartphone, while you’ll get an 8-megapixel camera on the phone’s front side. Android 6.0.1 Marshmallow or Android 7.0 Nougat will come pre-installed on this smartphone, and the company’s ZUI user interface will be available on top of Google’s operating system. The 3,000mAh battery will also be a part of this package, and the phone will measure 142.9 x 74.5 x 7.68mm, while it will weigh 160 grams.