Skip to content
Advertisement
Trusted By Millions
Independent, Expert Android News You Can Trust, Since 2010
Publishing More Android Than Anyone Else
23
Today
111
This Week
754
This Month
6693
This Year
124215
All Time
Advertisement 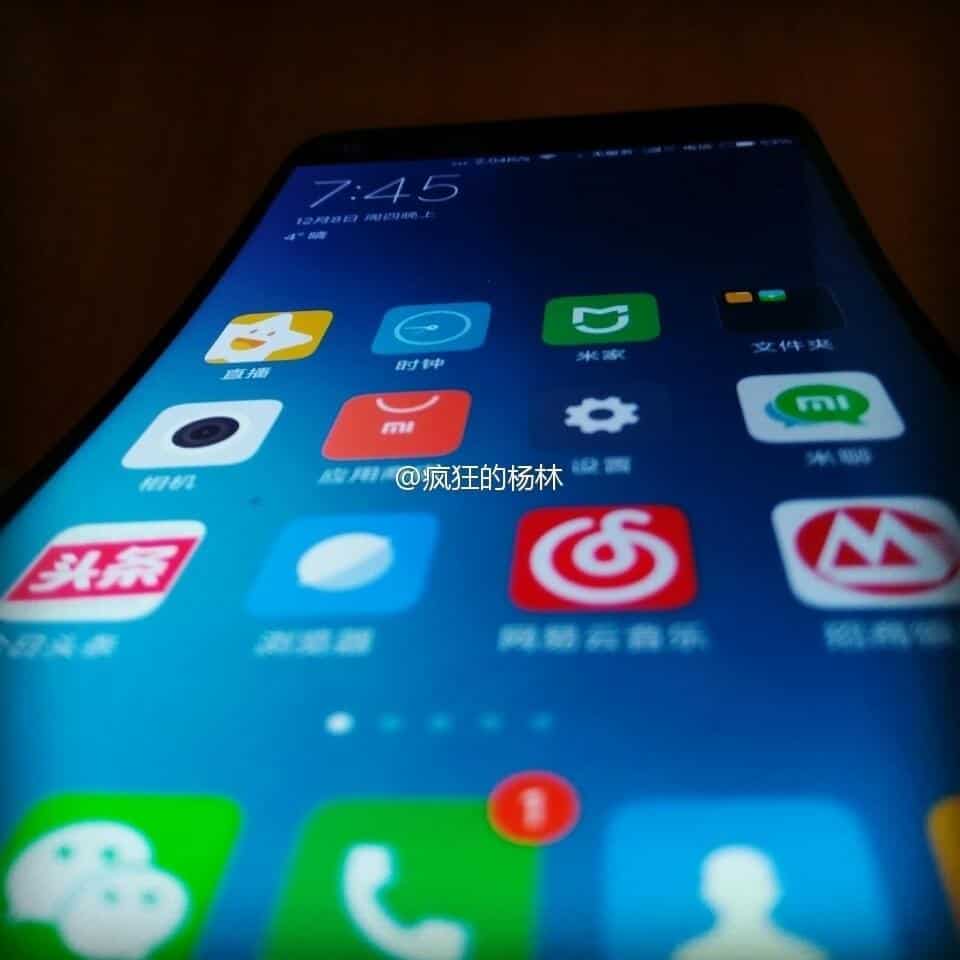 Xiaomi did not hold back when it comes to releasing smartphones this year, as the company introduced quite a few smartphones to the market, along with a number of other tech gadgets. The Xiaomi Mi MIX is arguably the company’s most interesting offering, and one of the most interesting smartphones released this year in general. This handset is made out of ceramic, it comes with a 91.3% screen-to-body ratio, and introduces some innovative new tech that we haven’t seen on other smartphones. We’ve already reviewed this smartphone, just in case you’re interested in that. In any case, it seems like Xiaomi is planning to introduce yet another rather interesting smartphone which is trying to be different than the rest of the pack.

If you take a look at the provided image, you’ll get to see a mysterious new smartphone which is running Xiaomi’s MIUI 8 Android-based operating system. Now, what’s interesting here, is that the device sports a curved display, but not curved the way you might think. This device is actually quite similar to the LG G Flex and LG G Flex 2, as far as its curved display goes, while it seems like its display will be flat on the sides. This is actually the first time we’re seeing such a leak when it comes to Xiaomi, we haven’t stumbled upon anything like this in quite some time now, basically ever since the LG G Flex 3 rumors stopped. Unfortunately, this image does not show us the whole device, so we don’t exactly see the bottom of it, and we don’t know how thick or thin will it be, nor will it sport any buttons down there.

All in all, this is very interesting as very few people would expect Xiaomi to introduce a device that is similar to the LG G Flex and LG G Flex 2, but it seems like Xiaomi is adamant to bring some interesting phones to the market, phones that offer interesting designs which will appeal to consumers. We don’t really have any spec info to share with you at this point, but chances are this phone will ship with really compelling specs, presuming that the device is real and actually coming sometime soon.