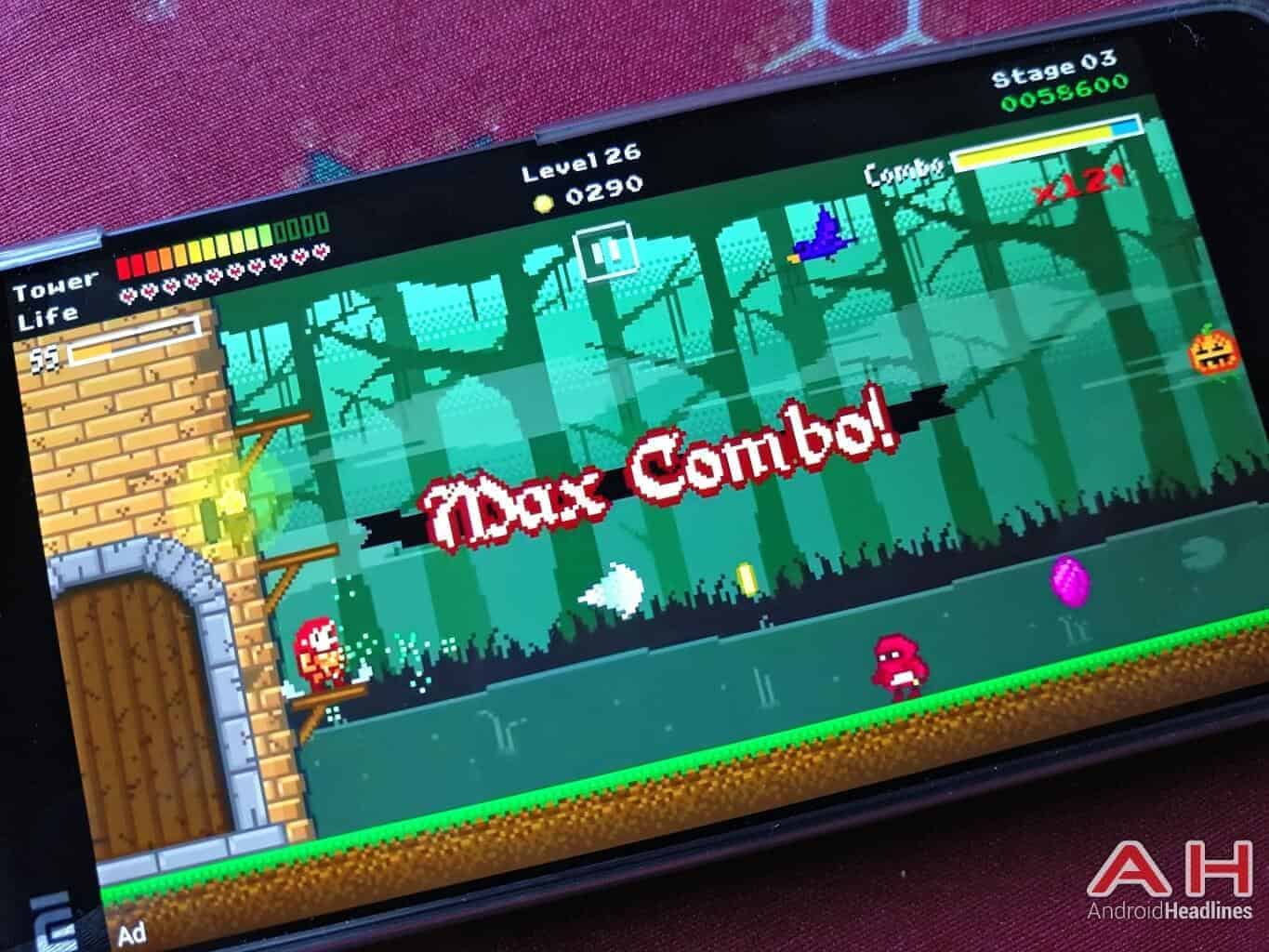 Many of you probably remember 8-bit games from back in the day. Well, luckily for those of you who still enjoy games that offer such graphics and gameplay, there are quite a few interesting 8-bit styled games available in the Google Play Store, and we're actually here to talk about one such game, a game that goes by the name of 'Warcher Defenders'. This is technically an arcade game, though you can think of it as a tower defense title in an arcade form. In any case, let's see what this game has to offer, shall we.

Your goal in this game is to defend a castle from hordes of enemies, and you'll have tons of weapons at your disposal in order to do so, and a number of combos as well. This game will definitely remind you of some older titles, as it not only looks like a game that was released several decades ago, but it also comes with that retro game music as well. You will be fighting various enemies which are not that easy to kill, but you'll also have to take part in a number of boss battles as well, and as it's usually the case, such battles are significantly more difficult to win. Touch controls are quite straightforward and easy to master, and the game actually offers three game modes for you to take part in, while there are three different characters you can play with, while you can hire mercenaries to help you in your quest as well.

The Warcher Defenders game is currently holding a 4.1-star rating in the Google Play Store, and it has been downloaded over 500,000 times thus far. In-app purchases are available here, and there's a wide variety of items you can purchase in this game, though you're not forced to do it. It is also worth mentioning that this game had been released by Ogre Pixel company, a development studio behind Maze Quest and Black Tower Enigma, two games that also sport retro graphics, and both of these games have been quite successful for the company. That is more or less it, you can check out the promo video down below if you want, and we've also included an image gallery for you as well, in case you'd like to know more about this game before you try it out.