Every month, iSpot.tv puts out there report on the top carriers (they include Verizon, Sprint, T-Mobile, AT&T and MetroPCS as the top 5 carriers) showing how much each carrier spent on advertising that month, and comparing it to their rivals. There were a total of 20 wireless brands  that bought 120 national TV ad sports during the month, which cost an estimated $257.4 million, combined.

Of that $257.4 million, Verizon reportedly spent the most, at $90.9 million. That covered 24 ad spots that were ran about 8,713 times. These ads generated about 2.7 billion TV ad impressions, and the company spent the most on NBC, CBS and Fox. T-Mobile came in second, for spending in November. Spending about $46.2 million. That bought them 19 ad spots that were run approximately 6,641 times and netted them 1.3 billion TV ad impressions.

Sprint fell shortly behind T-Mobile, spending $39.6 million in November. They spent the most of this money on NBC, Fox and ABC’s networks. And they bought 15 ad spots which ran approximately 7,773 times. Bringing them 1.4 billion TV ad impressions. These numbers show that Sprint was a bit smarter than T-Mobile, spending about $6.6 million less, but generating more ad impressions and having their ads played over a thousands times more. AT&T came in fourth, spending $37.1 million on 11 ad spots that ran about 5,134 times. This generated them about 866 million TV ad impressions, and by contrast with their competitors their money was mostly spent on ESPN, CBS and NBC’s networks.

Finally we have MetroPCS who spent just $12.3 million on ads in November. This got them 13 ad spots which were ran about 4,526 times. This generated them around 541 million TV ad impressions. They spent the most on episodes of Impractical Jokers, TMZ and NBA Basketball. It’s interesting seeing the differences in numbers between these five carriers. Especially interesting seeing AT&T so far down the list, considering they are the second largest carrier in the US. Verizon reportedly spent a big part of their marketing cash on a commercial touting the Google Pixel and LTE Advanced, around $25.3 million of their $90.9 million spent. So it’s clear that Verizon is really getting behind Google’s latest hardware and pushing it pretty hard. That’s definitely helping Google sell plenty of smartphones in this fourth quarter. 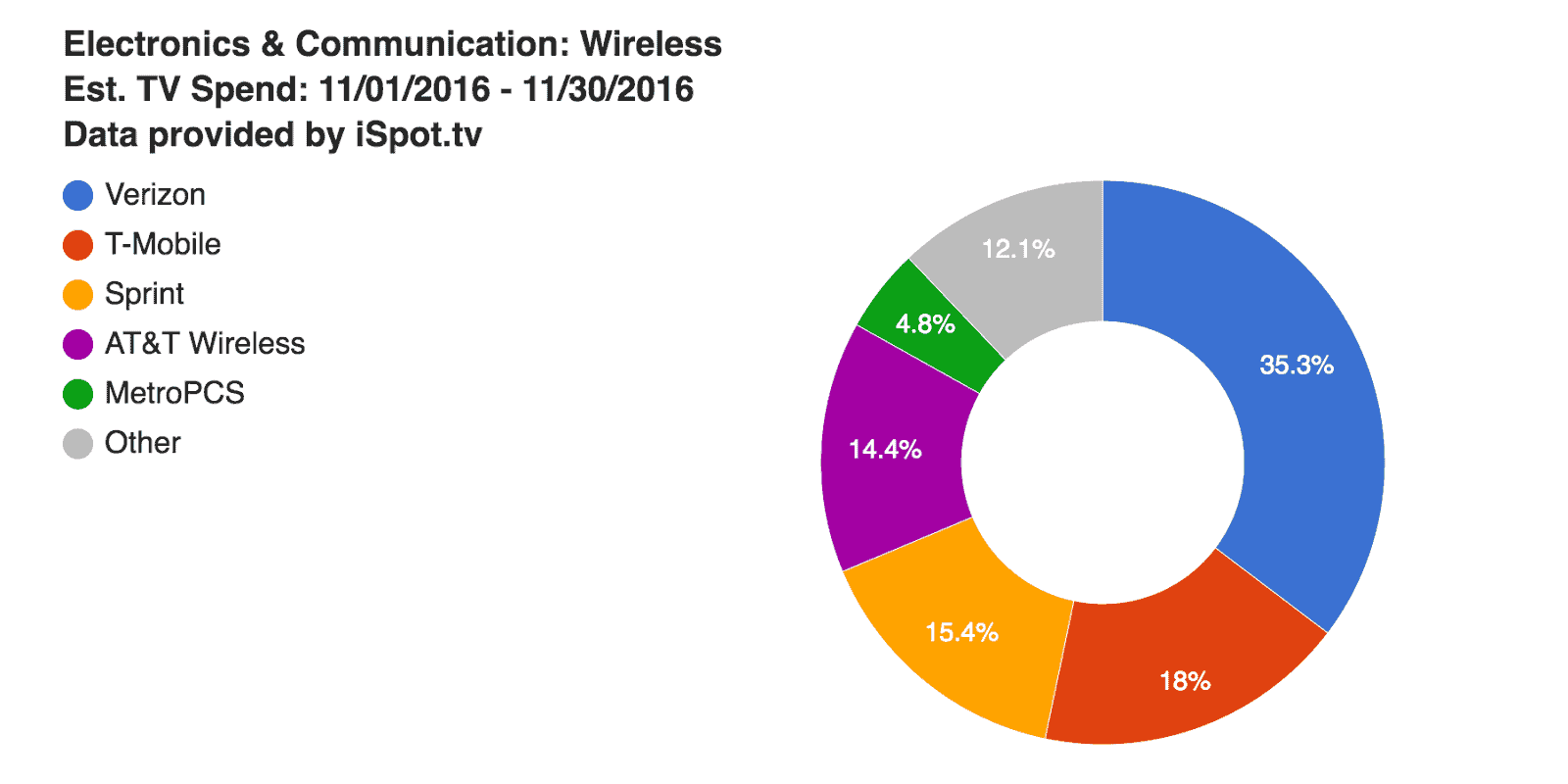