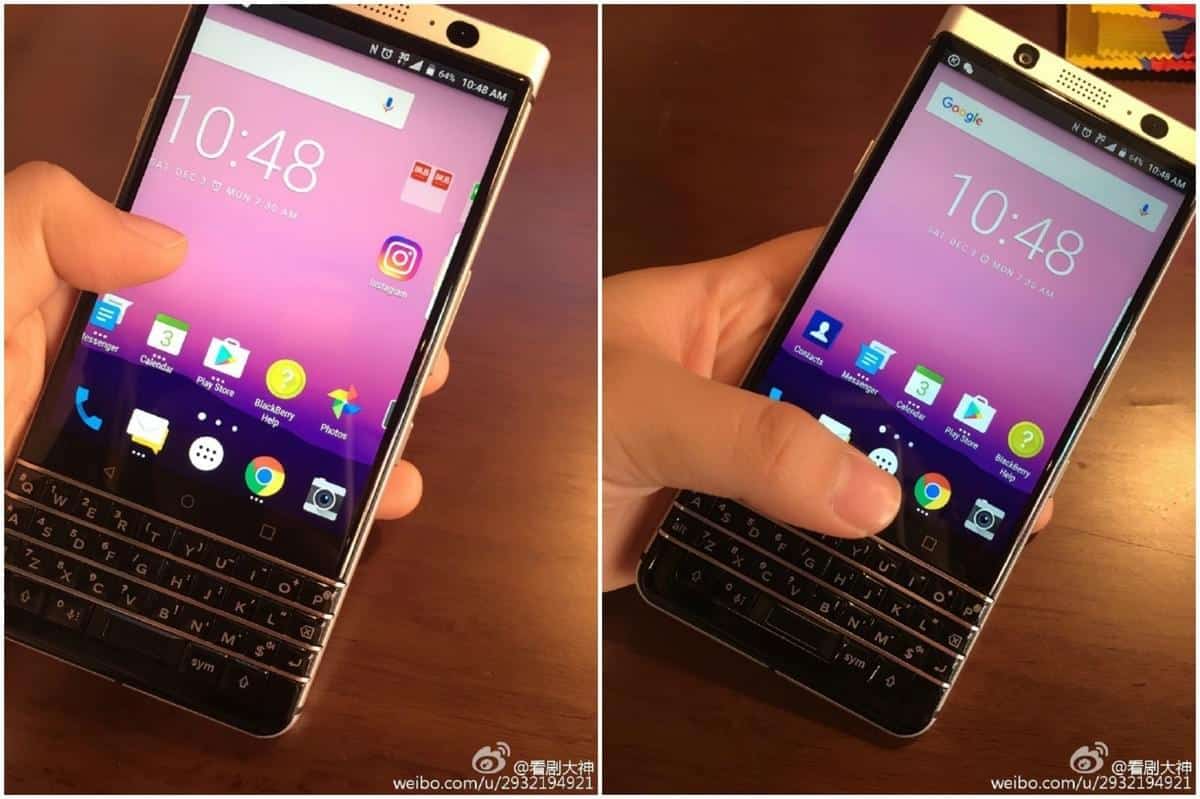 BlackBerry switched to Android OS last year when it released the BlackBerry PRIV, which was powered by Android 5.1 Lollipop. Since then BlackBerry has released two additional Android-powered smartphones, namely the DTEK50 and DTEK60, and over the past couple of months, leaks and rumors have been building up to indicate the arrival of yet another Android BlackBerry handset known as the "DTEK70" or the "Mercury". Now, according to leakster Roland Quandt on Twitter, the BlackBerry Mercury, (also identified by model number "BBB100") will be available in the United States through Verizon Wireless.

After the launch of the BlackBerry PRIV and two additional Android-powered smartphones equipped with full touchscreens, the BlackBerry Mercury is expected to become the company's second smartphone powered by Google's mobile OS, featuring a physical QWERTY keyboard. However – assuming that the leaks so far have any weight – unlike the BlackBerry PRIV the Mercury will not have a slider form factor, but instead it will accommodate a QWERTY keyboard on the front panel, below a 4.5-inch display with an aspect ratio of 4:3. Other rumors hint that the BlackBerry Mercury will rely on a Qualcomm Snapdragon 625 System-on-Chip clocked at frequencies of up to 2.0 GHz per core, an Adreno 506 graphics processor, and 3GB of RAM. Furthermore, the smartphone will apparently run Android 7.0 Nougat, it will carry an 18-megapixel main camera, and will reportedly be powered by a 3,400mAh battery, which should fare well given the smaller-than-usual display and the less energy-hungry Snapdragon 652. It's also worth mentioning that, according to leaked promotional material, the BlackBerry Mercury will have a fingerprint recognition sensor embedded into the keyboard's space bar.

In any case, according to the source, the BlackBerry Mercury will arrive in the United States through Verizon Wireless, which has been a promoter of BlackBerry devices in the past. The source also adds that although the smartphone has been designed by BlackBerry, the product will be built by Chinese company TCL. Keep in mind that the information above regarding specs hasn't been confirmed by official sources, and details remain subject to change, but we're hoping that the BlackBerry Mercury / BBB100 will be showcased at CES 2017 between January 5 and Jan.8 in Las Vegas, Nevada. Our editor Alex will be on the CES show floor covering new announcements so stay tuned.