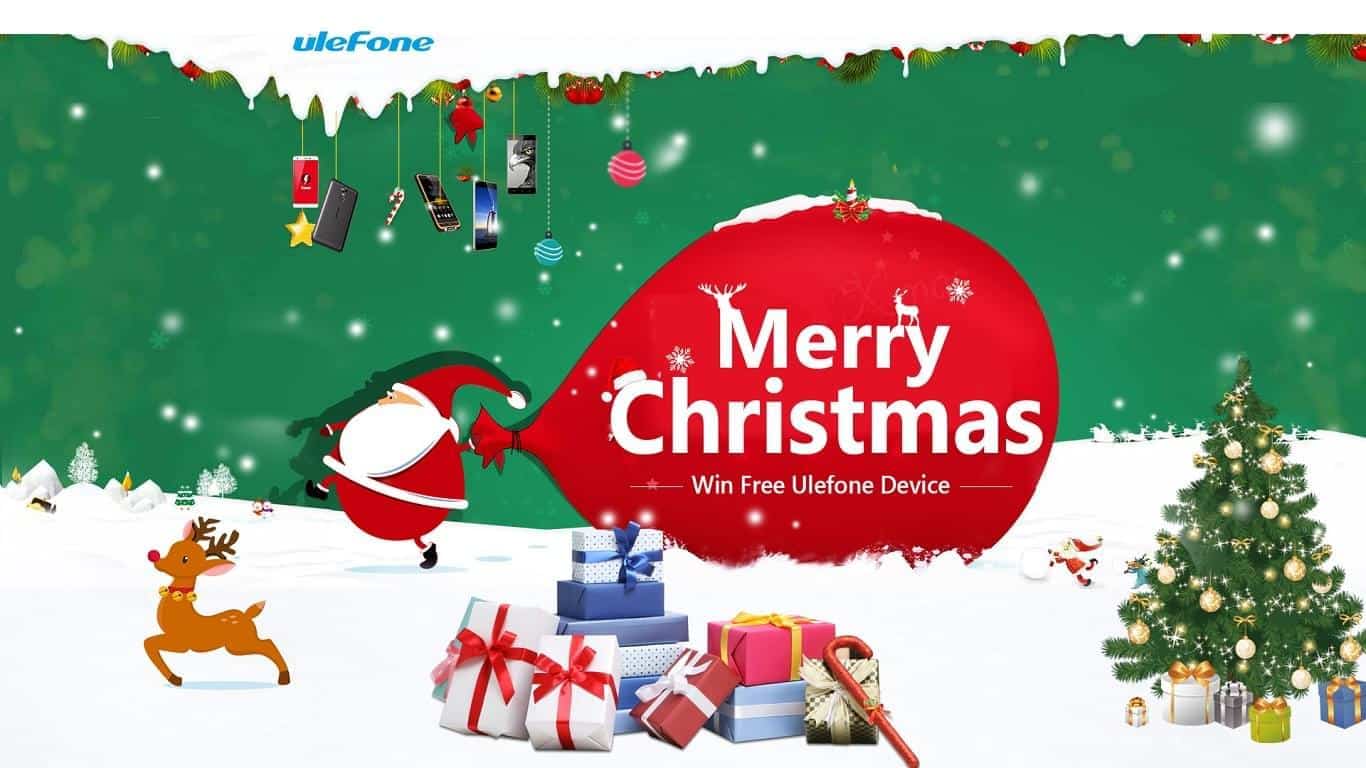 If you are currently still on the lookout for some last minute Christmas gifts then Ulefone might have just the answer for you. As the company has now launched a special Christmas-themed promotion via the Ulefone official website. A promotion which not only offers a number of discounts on some of their most popular smartphones, but also offers buyers a chance to win some free prizes.

As mentioned, there are some prizes up for grabs as well and this promotion is not only for those who plan to buy a smartphone now. As Ulefone has confirmed that any Ulefone products purchased on or after December 15 can also take part in the festive fun. In short, all purchases made after December 15 will entitle the buyer to a special order ID and this ID can then be used to take part in a lottery that Ulefone is currently running. The lottery will end on Christmas eve when Ulefone picks someone who will win a free Ulefone smartphone. Although the lottery is not the only chance of winning you have, as in a separate content Ulefone is also giving away a number of other prizes, including earphones, sports earphones, and strangely, Haier air fresheners. You can find out more about either of the promotions, as well as pick up any of the discounted smartphones, by heading through the link below.

Advertisement
Ulefone Christmas Promotion
Advertisement
Trusted By Millions
Independent, Expert Android News You Can Trust, Since 2010
Publishing More Android Than Anyone Else
29
Today
186
This Week
106
This Month
4093
This Year
105570
All Time
Advertisement