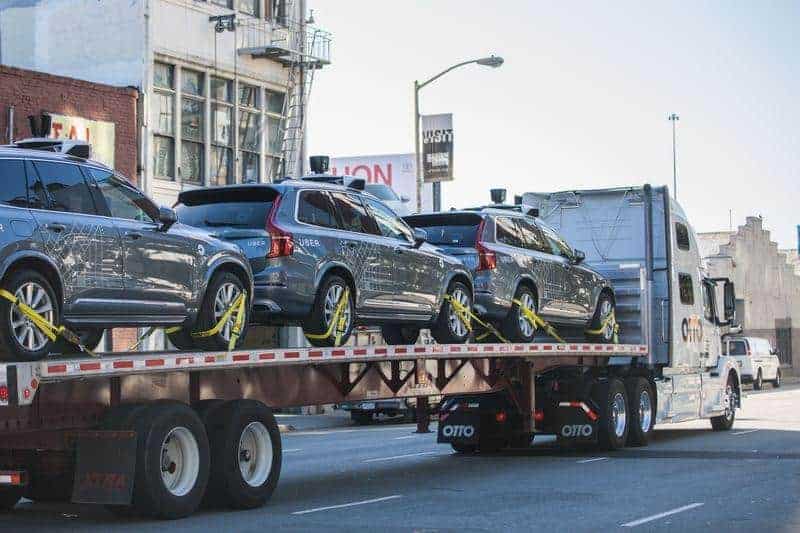 Uber is taking their self-driving cars down to Arizona. This comes just days after the company launched these cars in San Francisco without the proper permit from the Department of Motor Vehicles in California. Uber believed that particular law didn't apply to them, considering they have a driver behind the wheel of these autonomous or self-driving Volvo's, which meant that they aren't actually self-driving. But the DMV thought otherwise and ordered the ride-sharing company to take the vehicles off the road immediately. Uber has done that, and these vehicles are now on their way down to Arizona.

Many may wonder why Arizona? Well Arizona's governor, Doug Ducey, has said that they can bring their self-driving cars down to his State and they can run on public roads without any issues. Uber has loaded up their vehicles and they are now on their self-driving Otto trucks and headed to Arizona. These Otto trucks didn't appear to be self-driving the trip from San Francisco to Arizona, however. An Uber spokesperson spoke with The Verge regarding the move, and stated that they will be expanding their pilot of these self-driving cars in Arizona over the next few weeks. The move to Arizona is all due to the fact that Uber did not want to apply for a permit that costs just $150. It's more than likely that it cost them more than that to take the 16 Volvo's down to Arizona.

Just this week, Uber began rolling out these self-driving cars in San Francisco, and they were picking up passengers. The DMV got involved pretty quickly. However, what's more important here is the fact that these vehicles are not ready for primetime. There are multiple videos showing these self-driving Volvo's running red lights, as well as jumping into the bike lanes. Which in San Francisco, is a pretty important part of the road. Self-driving cars are not new to Arizona, as Waymo (at the time, Google's Self-Driving Car Project) began testing their autonomous vehicles in the State earlier this year. Arizona is quickly becoming a popular place for autonomous vehicle testing, along with California and Michigan. Uber is already testing self-driving Ford Focus' in Pittsburgh, along with a fleet of Tesla Model X's in Madrid.