Skinning Android, that is, changing the appearance and behavior of Google’s default Android look and feel, has been something that manufacturers have done since they first launched the mobile platform. It’s often been used as a way to differentiate products from one another, and while it certainly does do just that, these changes are not always well-received. Samsung has seen their fair share of criticism regarding their software experiences over the years, and over the past couple of years have vowed to turn things around. Known as TouchWiz, the software first got its name during the release of the Galaxy S2, and has been known by the same moniker for a few years now. Since then, TouchWiz has grown into something far more than just a few different icons and a different launcher.

For many, TouchWiz has represented the very reason to stick with Samsung, as well as a reason to move from another phone manufacturer, as it offer a lot of added value and can be a more familiar way to operate Android. Now, however, it appears as though the TouchWiz name might be replaced with something simpler, and a lot more professional. As we covered earlier, there’s a new update to the Android 7.0 Nougat beta they’re testing on the Galaxy S7 and Galaxy S7 Edge, and in the settings, there’s a new part of the settings menu that clearly says “Samsung Experience Version”, as we can see down below. In this new menu item there’s simple “SE 8” there in this latest update to Android Nougat on the Galaxy S7 Edge and Galaxy S7, and this is the same software that debuted with the ill-fated Galaxy Note 7.

All-in-all, there’s a lot on offer in TouchWiz, now Samsung Experience, and while it won’t suit everyone, it is good to see that Samsung is still focusing on their software, as they have promised to do so recently. Whether or not this is an official move remains to be seen, but given that the update is getting close to being final now, it is likely this name change is to stick as we go into the future of Samsung devices, and with the Galaxy S8 launching during next year’s Mobile World Congress in February, we should know a lot more about the future of Samsung Experience. 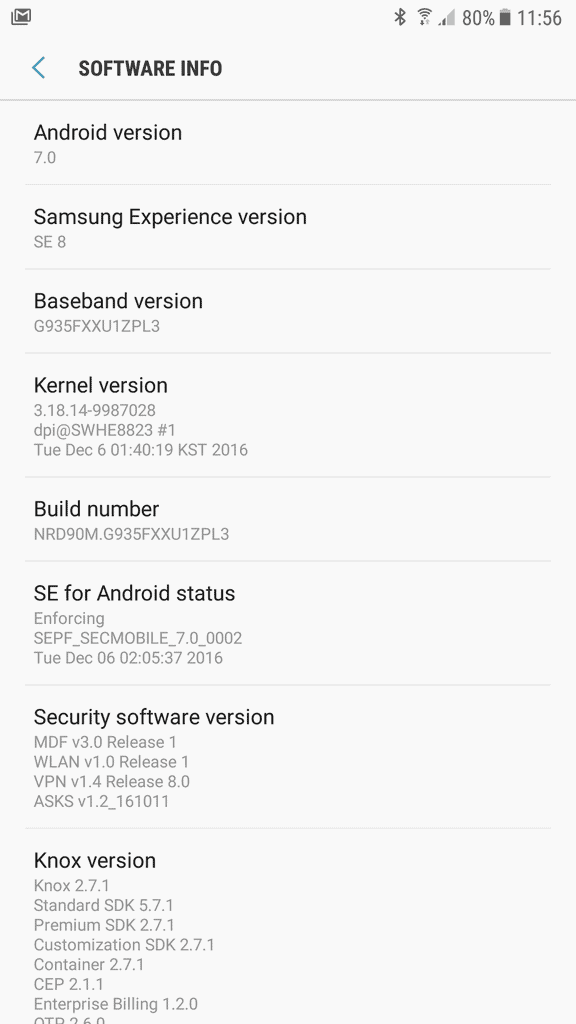